Iconic trophies and the history behind them 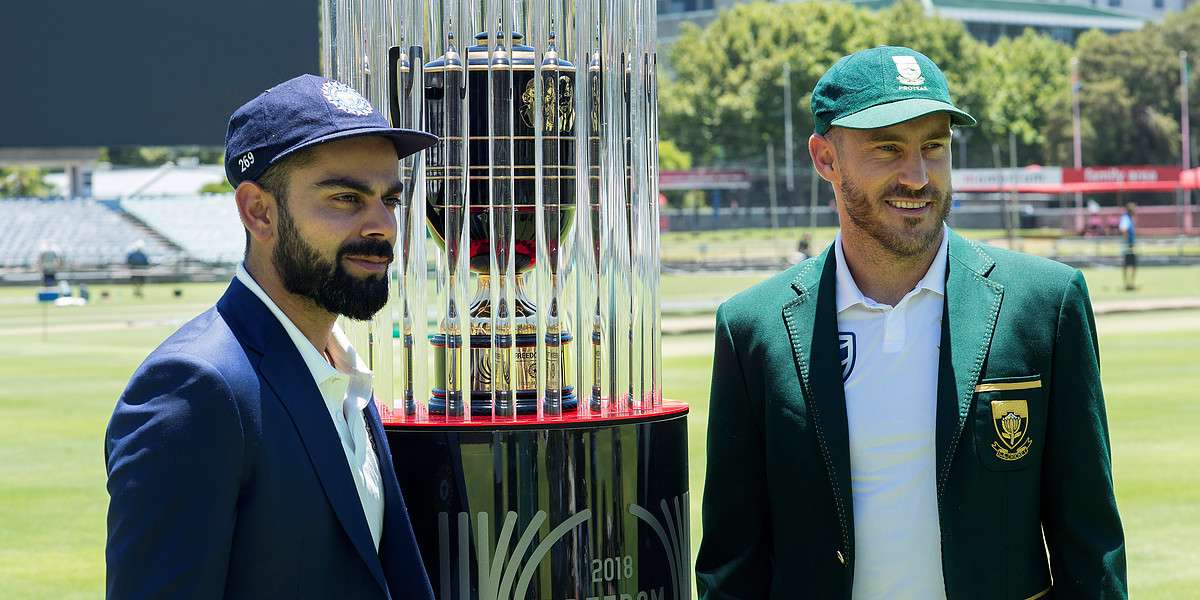 Iconic trophies and the history behind them

Test cricket has finally returned after a long hiatus due to the COVID-19 outbreak, beginning with England vs West Indies. The winners of this series are awarded the Wisden Trophy. Ever wondered how and when this came into existence?

The Wisden Trophy was named after the cricket publisher ‘Wisden’ after getting the required approval by the Marylebone Cricket Club (MCC) and the West Indies Cricket Board (WICB). It was first awarded in the year 1963 to celebrate the 100th edition of the Wisden Cricketers' Almanack, which is a cricket reference book published once every year in the UK. In 1930, it was described as the bible of cricket for the first time in the 1930s by Alex Waugh a reviewer of a periodical London Mercury. 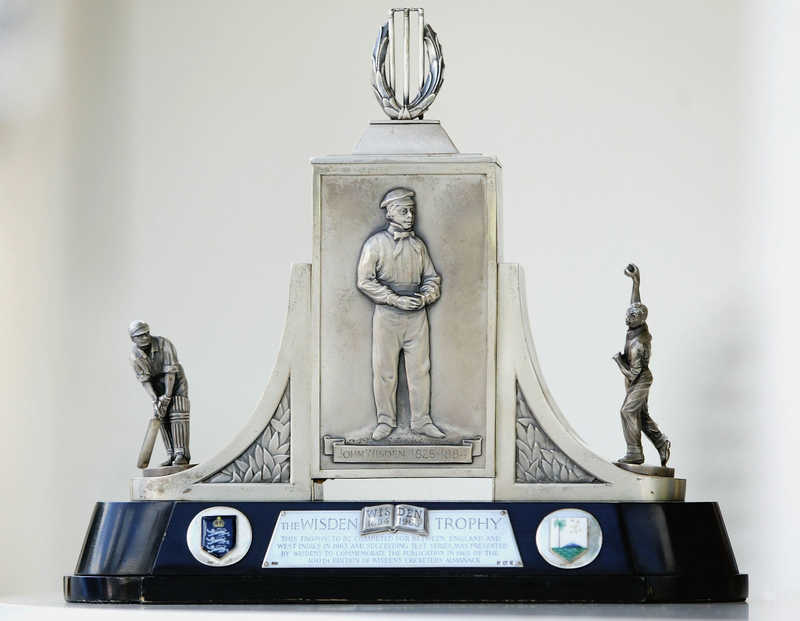 The first-ever series played between West Indies and England under the umbrella of this trophy was in 1963, West Indies were the first winners when they beat their opponents 3-1 in England.

West Indies are the current holders of the trophy. If the third and final Test of the 2020 series at Old Trafford, ends in a draw, the visitors would retain the trophy once again. The ongoing series is the 28th bilateral Test series between the two teams. West Indies have won 14, while England have won nine, while the remaining have been drawn. When a series is drawn, the team winning it previously, retains the trophy. The series initially started off with five matches, but was later on reduced to four and now stands at three Tests. However in 1995, and then in 1997-98 there was a six-match Test series. The 1995 edition ended in a 2-2 draw, but the following series in 1997-98, ended 3-1 in favour of West Indies.

Let’s take a look at some of the other prominent trophies teams contest for:

The Warne-Muralitharan Trophy: Two of the most prominent bowlers in Test cricket, Muttiah Muralitharan and Shane Warne’s name represents the trophy which Sri Lanka and Australia compete for. The duo have 1,508 Test scalps between them.

The trophy was awarded to the winner since 2007-08. Before that between 1983 and 2004 the two teams played 18 Tests, which was divided into eight series. Sri Lanka managed to win just one series – in 1999 – and Australia proved their dominance winning the remaining seven. 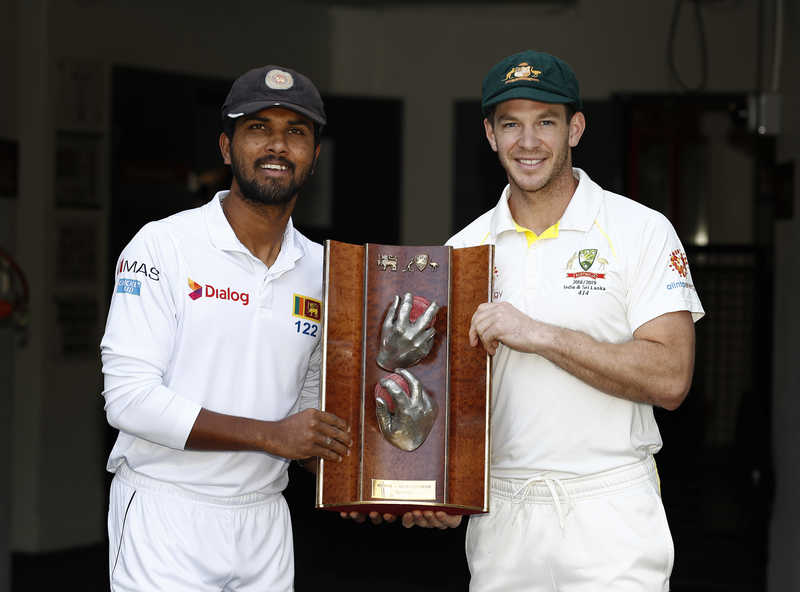 The Warne-Muralitharan Trophy has been contested for on five occasions. Currently, Australia are the holders, having won the most recent series in 2018-19, which was Tim Paine’s first-ever Test series win as captain. Sri Lanka have had it in their grasp just once – when they completed a 3-0 whitewash at home in 2016. The length of the series varies from two to three Tests. 2007-08 and 2018-19 were two Test series but the three in between consisted of three matches.

The Ashes: The oldest rivalry in cricket, England and Australia have been fighting for The Ashes since its first edition in 1882-83. Following an embarrassing defeat at The Oval, the English team led by Ivo Bligh touring Australia in 1882-83 vowed “to recover those Ashes”. It was the first-ever Test win for Australia on English soil and the Sporting Times wrote a mocking obituary, which stated that English cricket has died and "the body will be cremated and the ashes taken to Australia".

Symbolically, The Ashes urn was made of a burnt cricket bail, mourning the death of cricket, which till date remains in the MCC museum at Lord’s. 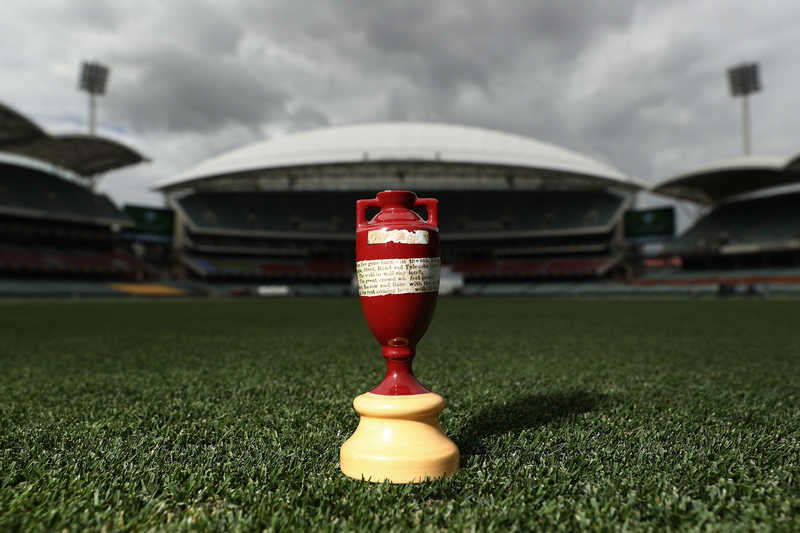 Since then The Ashes series between England and Australia is one of the most fiercely contested events in the sport. Since then, the two teams have played 335 matches against each other, with Australia winning 136 of them, while England have tasted victory 108 times. In fact, Australia have won an Ashes series on 33 occasions, while England are not far behind with 32 and most recently, they drew 2-2, which was the first time they have retained the urn in England in 18 years. 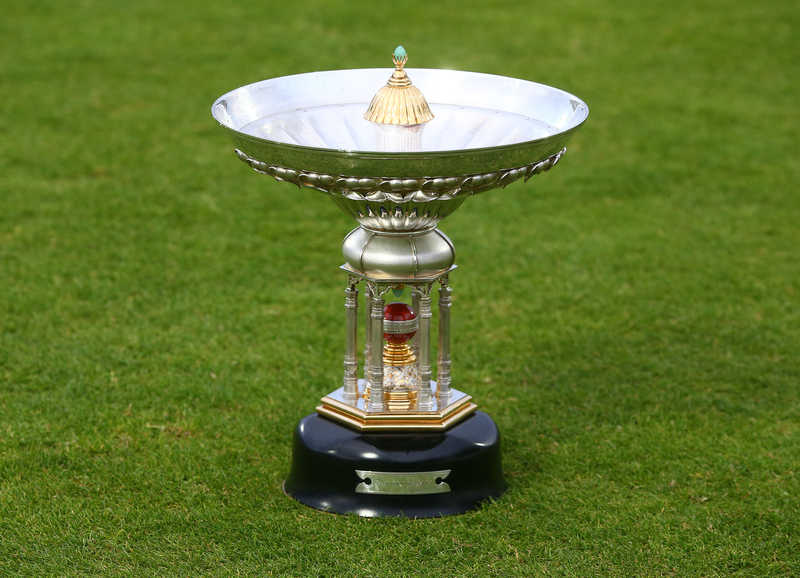 Matches for the Anthony de Mello Trophy – who was one of the founders of the BCCI – was first played in the year 1951, which was drawn. Since then India have gone on to win the trophy on seven occasions, while England have won just thrice, most recently in 2012. India also won the first-ever Pataudi Trophy in 2007 under Rahul Dravid, but since then, England have gone on to win all three times, with 2018 being the most recent one.

Freedom Trophy: The Freedom Trophy is awarded to the winners of the Gandhi-Mandela series, played between India and South Africa. The two symbols of peace in their respective countries – Mahatma Gandhi and Nelson Mandela’s photos have been included in the trophy as well. The first series under this banner was played in India in 2015, which the hosts won comfortably. However, South Africa bounced back in the second edition in their backyard to nick a 2-1 series win. But India managed to regain the trophy most recently in 2019 and are still the holders.

However, the Test series between India and South Africa goes back to 1992-93 since the latter’s readmission. Till 2013-14, India had managed to win a Test series against South Africa just a couple of times – in 1996-97 and 2004-05, while South Africa have tasted success in six series.

Basil D'Oliveira Trophy: South Africa-born England cricketer Basil D'Oliveira, played 44 Tests and four ODIs for his adopted country. He was a product of Warwickshire in the English County circuit. England had included D'Oliveira as a coloured player for their tour of South Africa in 1968-69, due to which the hosts decided to cancel the tour due to his classification. In the apartheid era South Africans were classified into four groups: White South Africans, Black South Africans, Coloured and Indians.

However, South Africa have moved on from all of that and in 2004-05, the two boards came together and named the Test series between the two nations after the former English cricketer. Out of the seven series since, England have won four series, while South Africa have won just twice. England are the current holders of the trophy, having won the most recent series 3-1.

Trans-Tasman Trophy: The Trans-Tasman trophy is contested by Australia and New Zealand. The first edition was played in the 1985-86 season before which the two teams had indulged in six Test series. The first ever Test saw Richard Hadlee finish with 9 for 46, which was the fourth-best bowling figures in Tests at that time. New Zealand have managed to win just three out of the 18 series contested, last of which came in 1989-90, while Australia have won 11. Australia are the current holders of the trophy having won the series in 2019-20, completing a 3-0 whitewash.

Ganguly-Durjoy Trophy: Naimur Rahman Durjoy was Bangladesh’s first-ever Test captain. In Bangladesh’s maiden Test he incidentally picked up the wicket of Sourav Ganguly among his six wickets, the name he shares the trophy with. The trophy came into existence only in 2017 and India have won both the series so far. In 2017, India and Bangladesh played a one-off match in Hyderabad. In 2019, India played two matches against Bangladesh, one of them being a day-night Test, which was a first for both teams. 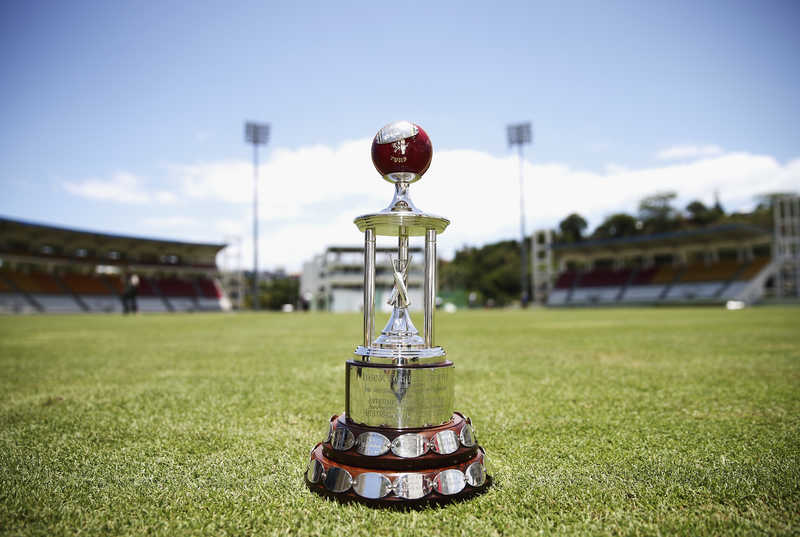 Since then, there have been periods in which both teams have dominated. While West Indies did not let the trophy slip from their hands between 1977 and 1992, Australia who regained it in 1994, have not let it go till date. In fact, West Indies have not won a series against Australia since 1992-93. 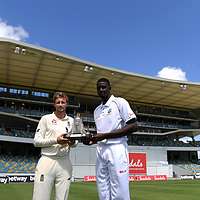