If Virat or Ravi bhai has a player in mind, we will check them out: Dhawan 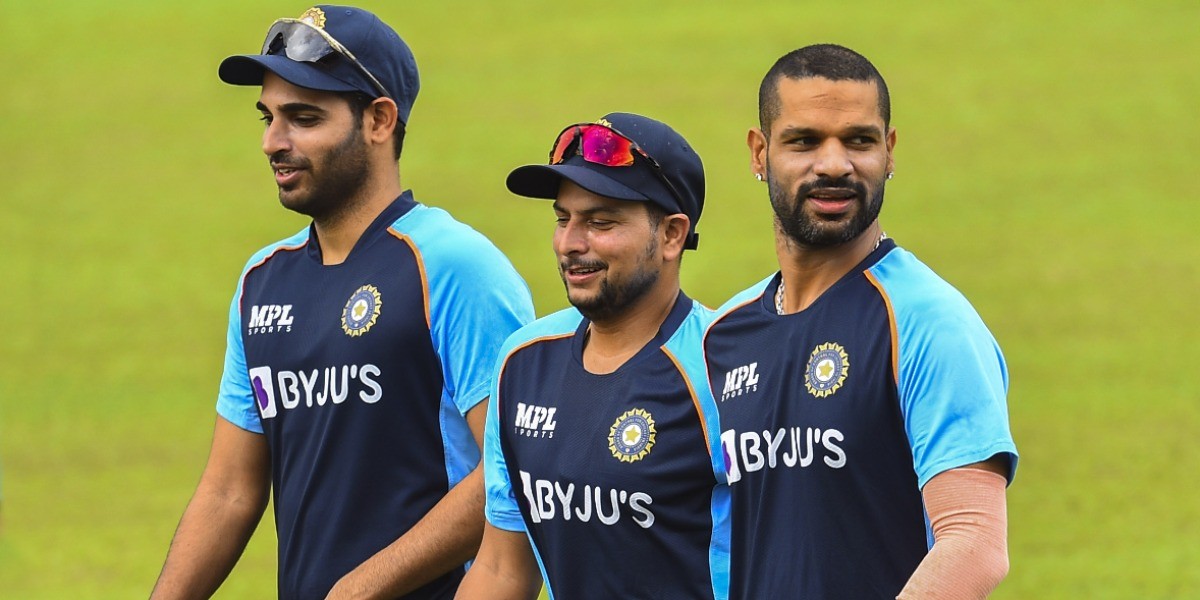 If Virat or Ravi bhai has a player in mind, we will check them out: Dhawan

India's skipper for the white-ball tour of Sri Lanka, Shikhar Dhawan has stated that the team management in the island nation will certainly consider any inputs from the regular skipper Virat Kohli and head coach Ravi Shastri regarding the T20 World Cup preparations.

"I haven't had any specific discussion with Virat or Ravi bhai. But I am sure they must have had some sort of discussion with Rahul bhai and selectors and I am sure we would be conveyed that message," Dhawan told media on the eve of the first ODI in Colombo.

Dhawan will lead a young squad with six uncapped players in a six-match series limited overs series against Sri Lanka, which is the last opportunity to check out a few players for the available slots for the marquee event in the UAE, starting October 17.

"Whoever is playing this series, it is looking at T20 World Cup. Of course, if selectors, Ravi bhai or Virat have some players in mind, we can mutually agree and play that player as this is a good platform. If you want to see someone before World T20, this is the only series you have," the veteran opener said.

While he didn't divulge the playing XI, Dhawan informed that they have decided on his opening partner for the series.

"We have finalised my opening partner and the team as well, which we are going to disclose tomorrow."

Like coach Rahul Dravid, the Indian skipper also said that there is no hard and fast rule that they have to try out each and every player in this series.

"No, we haven't yet decided who and how many we will play," Dhawan replied to a specific question on how many among the six spinners in the squad could get a chance.

There will be no compromise in the team's goal to win the series at the expense of experimentation, he made it clear.

"The goal is to win series and the best playing XI will play. Whoever is best spinner will pay. There is no hard and fast rule that we need to play everyone," he said.

While there was a question on spinners Kuldeep Yadav and Yuzvendra Chahal playing in tandem after a long time, Dhawan indicated that Rahul Chahar is also in the radar.

"Of course they (Kuldeep and Chahal) share a great chemistry. They have played so many matches, bowling really well. Even Rahul is a great spinner. We have a bunch of boys bowing well, they are on top of their game and you will see them bowling well," the skipper said.

"They (Dravid and Shastri) both have their own qualities and they both are very positive people. I have spent time with Ravi Bhai (Ravi Shastri) and their ways to motivate are different.

"Ravi Bhai's energy is a bit strong, whereas Rahul Bhai (Rahul Dravid) is very calm, composed and strong as well, so everyone has their own way and I enjoy playing under both of them."