If we are ruthless we will finish them off: Katich to RCB players 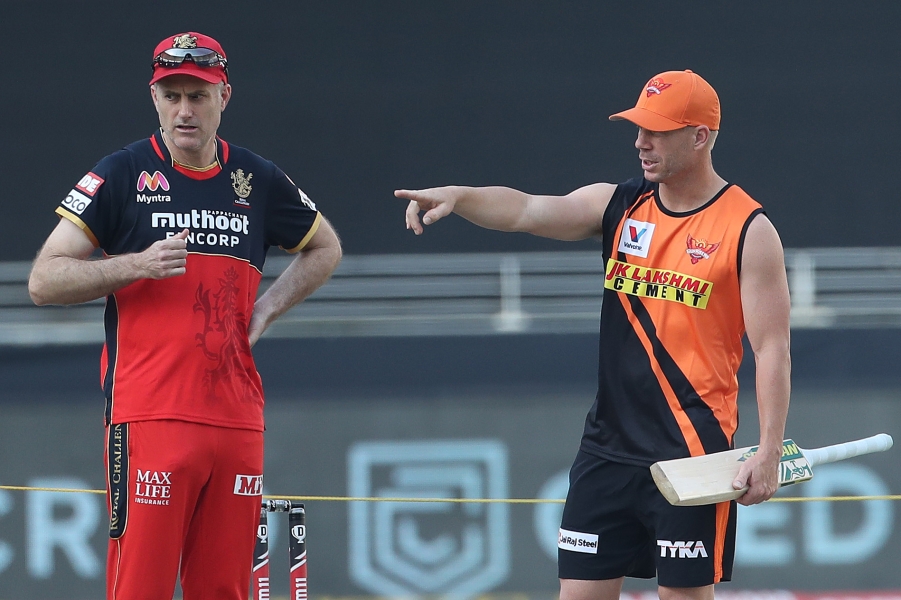 If we are ruthless we will finish them off: Katich to RCB players

RCB almost let the game slip due to their poor catching

Coming at the back a thumping defeat at the hands of Kings XI Punjab (KXIP), Royal Challengers Bangalore (RCB) did well to put on 200-plus in their next game against Mumbai Indians (MI). However, they let the game almost slip when their catching standards were below par and on mre than one occasion made a mess of it. RCB coach Simon Katich is pleased with the performance, but heels that his team needs to be ruthless in finishing the opposition off.

"The thing that stands out was obviously how skipper (Virat) Kohli decided to negotiate all his bowlers. (Washington) Sundar bowled three overs in the powerplay for just seven runs and that was absolutely magnificent. Negi was fantastic as he held three catches. Isuru (Udana) got his first wicket for RCB. The energy out there was magnificent to watch, I do not think we deserved to win that game against Mumbai," Katich was seen telling his players after the match in a video posted on the official Twitter handle of RCB.

"We did a lot of things right, there are more positives than negatives. In all three matches, we have given the opposition chances, if we are ruthless we will finish them off. If we tidy up, we will go a long way. This game owes us nothing so we will have to start again," he added.

The MI vs RCB was the second game in the Indian Premier League (IPL) 2020 that went into the Super Over. Earlier in the tournament, Delhi Capitals (DC) had overcome KXIP in a similar fashion.