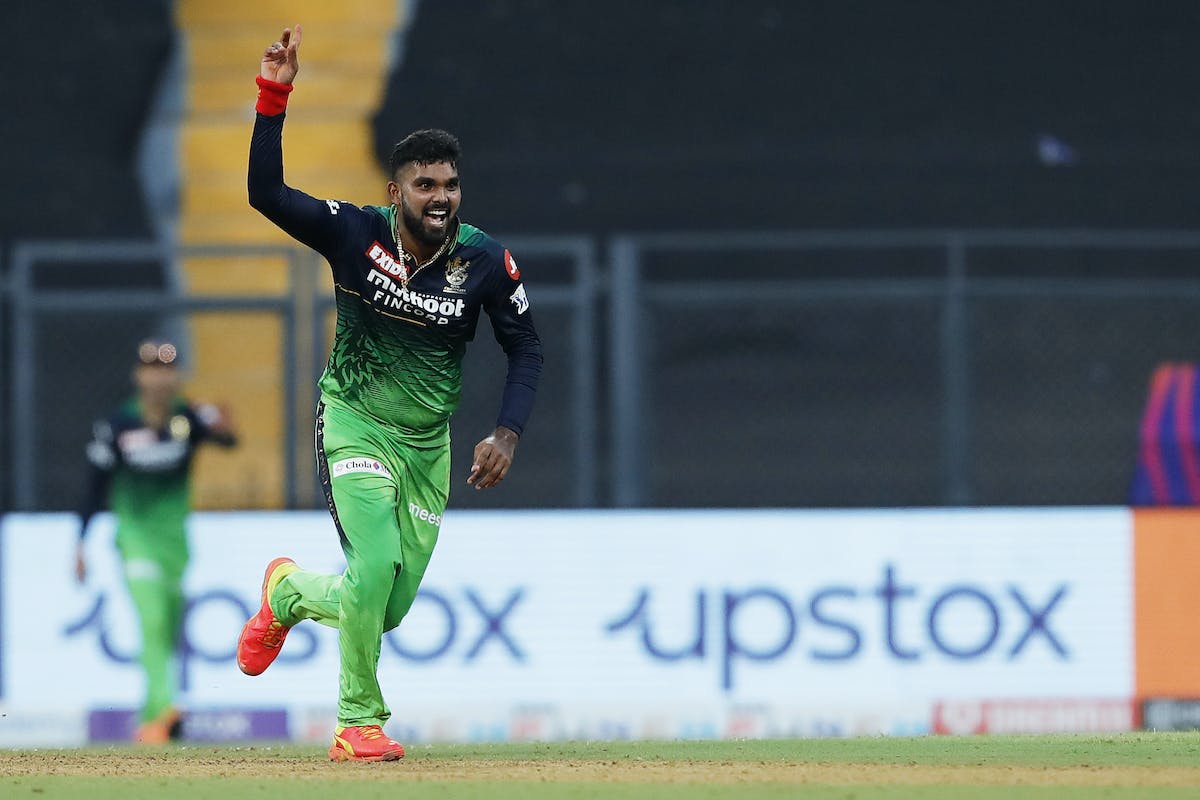 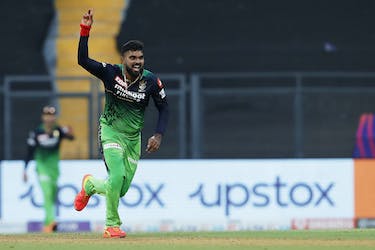 Sri Lankan leg spinner Wanindu Hasaranga weaved his magic at the Wankhede Stadium and scalped a match-winning five-wicket haul against the Sunrisers Hyderabad in an afternoon encounter on Sunday.

The 24-year old was purchased for a whopping 10.75 crore in the mega auctions ahead of the Indian Premier League and revealed the clarity of his role as a wicket-taking bowler in the Royal Challengers Bangalore side was helping him in the ongoing competition.

In a post-match conversation, he said, "I'm a wicket-taking bowler, and the team also thinks like that. I try to bowl a lot of dot balls and try to get wickets. That's my role in the team,"

After dismissing Aiden Markram, Hasaranga returned to have the wickets of Nicholas Pooran and Jagadeesha Suchith in successive overs. He then finished off his spell with a double-wicket maiden.

"I'm really happy with my position right now. I try to take wickets in middle overs and put pressure on the opposition."

"This year, four players from Sri Lanka are doing really well, especially Maheesh Theekshana, Dushmantha Chameera and Bhanuka Rajapaksa. Our three main bowlers are playing in this IPL, and that's a good experience for us when we go back to Sri Lanka," he further added.

With his five-wicket haul, Hasaranga joined Yuzvendra Chahal to become only the second player in the history of the tournament to get past 20 wickets. While the Sri Lankan spinner has 21 scalps, Chahal is one wicket ahead with 22.

The Challengers posted 192 for the loss of three wickets courtesy of a sublime knock of 73 from skipper Faf du Plessis and a cameo for Dinesh Karthik down the order.

The Men in Red were severe on uncapped pace sensation Umran Malik once again had a below-par outing as he leaked 20 runs in the first over, and Hasaranga revealed the strategy was to go after him upfront to put early pressure on him.

"He (Umran Malik) bowled fast, a lot of back of the length deliveries. On this wicket, there was not much bounce, and it was good to bat, so that's why our batters took on him in the first over. He got under pressure after we scored 20 runs against him. That was the plan we had against him," he concluded.