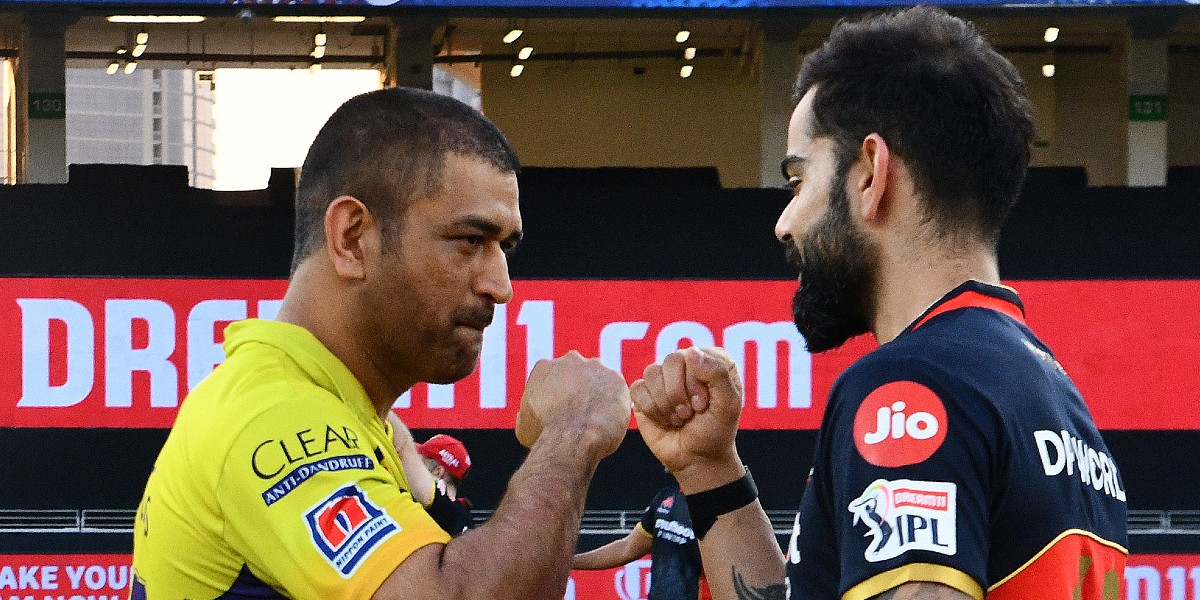 RCB are eyeing a top-two finish, while Dhoni and Co. are all but out of the playoffs race

Just like for so many of us, 2020 has simply not been Chennai Super Kings' year. The MS Dhoni-led side are all but out of the playoffs race and find themselves at the bottom of the Indian Premier League points table, having won just three of their 11 encounters. They are not yet out mathematically but Chennai have been horrible this year. On Friday, the Men in Yellow suffered their first-ever 10-wicket defeat, and will now take on Virat Kohli's in-form Royal Challengers Bangalore in Dubai on Sunday (October 25 2020).

Meanwhile, Bangalore have played an exciting brand of cricket this season and are currently placed third in the standings, with 14 points to their name. One more win and RCB would confirm their spot in the playoffs, but Kohli and Co. wouldn't want to take their foot off the gas as they would want to finish in top-two in the league phase. The Bangalore team management have got the combination right in almost every game, and Chris Morris' presence has made a huge difference.

The South African allrounder missed the first five games of the season because of an injury but ever since his arrival in the playing XI, Bangalore have looked a different unit altogether. Morris has taken nine wickets in five games and he has done that at an economy of just five. The right-arm paceman (4.5) has the second-best economy in the Powerplay this season amongst bowlers who have bowled at least five overs in that phase. That's not only it, Morris has only batted in one innings but the right-handed dasher made the most of it by smashing 25* off 8 deliveries against Kings XI Punjab.

No doubt, Yuzvendra Chahal has once again been RCB's best bowler, but the likes of Washington Sundar, Navdeep Saini and Mohammed Siraj have all chipped in when needed. Siraj was given the new ball for the first time this season against Kolkata Knight Riders and the paceman from Hyderabad wreaked havoc in his first spell. The 26-year-old took three wickets in his first two overs and played a key role in restricting Kolkata to a paltry total of 84/8.

The batting looks more or less sorted but Bangalore would be wary of Isuru Udana's form. The left-arm seamer has only picked up seven wickets in eight games and has leaked runs at an economy of almost 10. If needed, Bangalore have the option of bringing in Moeen Ali and that would also strengthen their batting.

Chennai have had a forgettable season but if there is one man from that camp who has managed to hold his ground, it's Curran. A tally of 173 runs and 10 wickets in 11 games isn't earth-shattering, but the 22-year-old allrounder has been Dhoni's go-to man in almost every situation. The left-hander was also asked to open the innings but the ploy didn't quite work and he was pushed back down the order after three games.

Chennai were 21/5 when he walked out to bat against Mumbai and nine runs later, they also lost Dhoni. They were on the brink of breaking the record for the lowest-ever IPL total (Bangalore's 49 vs Kolkata in 2017) and the lowest total this season (Kolkata's 84/8 vs Bangalore), but that's when Curran dug his heels and saved them from embarrassment. The allrounder played a steady knock of 52 off 47 deliveries and led Chennai to a respectable total, which Mumbai eventually chased it down without losing a single wicket.

This experience is only going to make him a better player and with three more games to go, Curran would look to pounce on every opportunity, not just for himself, but also for the betterment of his team. After all, he might be the future of CSK!

TIME FOR YOUNGSTERS TO REALLY SHOW THE 'SPARK'

Dhoni's comment on "youngsters lacking spark" created a lot of controversy on social media, but on Friday, the wicketkeeper-batsman also confirmed that these young players will also be tested in the remaining three games. The onus is now on the likes of Ruturaj Gaikwad, N Jagadeesan, Mitchell Santner, Monu Kumar, KM Asif and R Sai Kishore to impress in these games, now that the team management's focus has already shifted towards identifying players for the next edition. CSK are going to release quite a few senior players ahead of the next season, and it's now up to these aforementioned names to carry the franchise's legacy forward.