In T20s, it’s not about how you start, but how you finish: Holder on Gowtham's spell 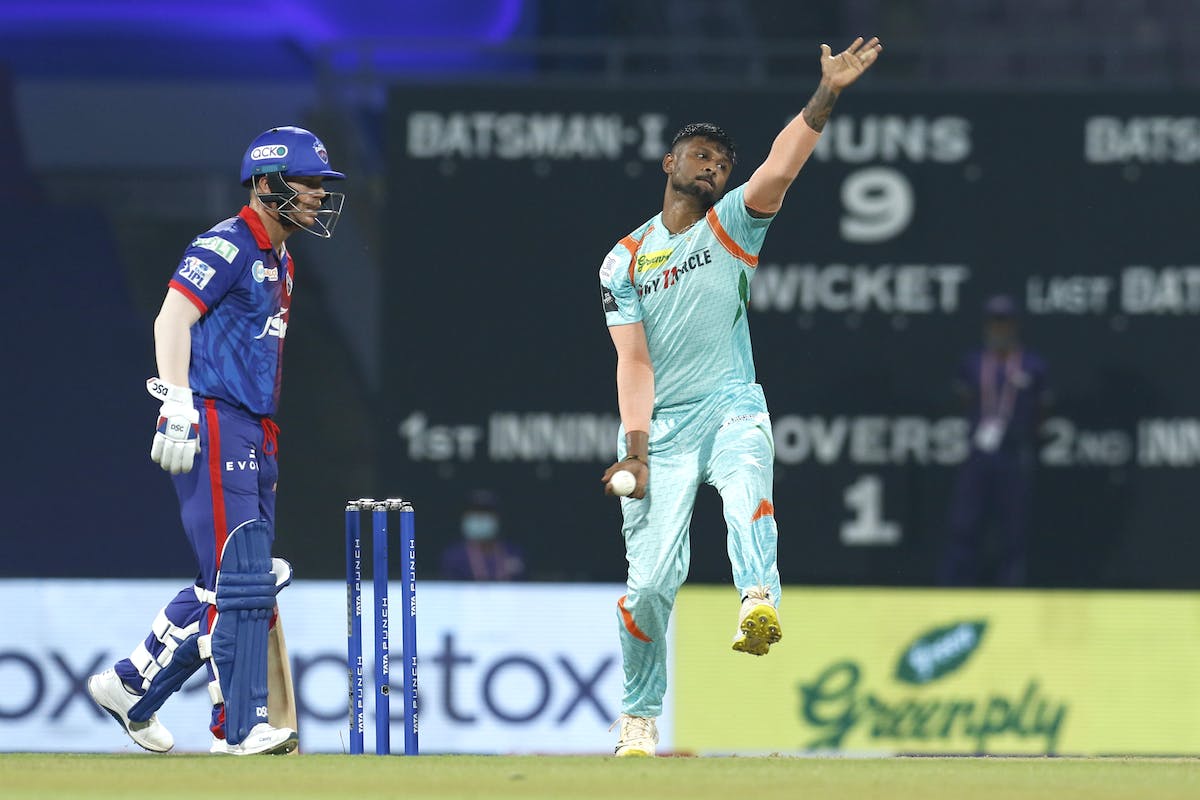 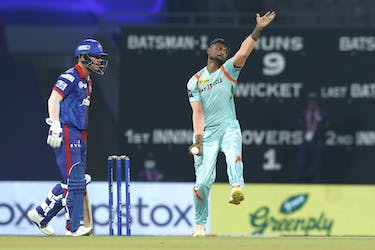 In T20s, it’s not about how you start, but how you finish: Holder on Gowtham's spell

The LSG spinner finished with figures of 1 for 23 against DC, which included a maiden bowled to Rishabh Pant

Drafted into his first Indian Premier League (IPL) 2022 game ahead of Manish Pandey, Krishnappa Gowtham bowled a top spell against Delhi Capitals (DC), finishing with 1 for 23 from four overs, which included the big wicket of the well-set Prithvi Shaw (61 off 34) and also a maiden to Rishabh Pant.

In his first eight balls of his spell, Shaw had ripped into Gowtham, hitting the off-spinner for three fours and a six, before the latter got the better of the batter.

Lucknow Super Giants (LSG) all-rounder Jason Holder heaped praise on the Indian spinner for the impact he had on the game. Asked why Gowtham bowled the eighth over of the DC innings ahead of leg-spinner Ravi Bishnoi, Holder in the post-match press conference said," “I guess you have to ask the skipper that question.

"He was picked to bowl and he is a capable batsman too. We really needed his four overs and he was able to come in and break the partnership for us.

"In T20 cricket, it’s not about how you start, but more or less how you finish. Any bowler can get hit at any stage of any match. It’s just a matter of staying composed and getting through.”

After bowling the first over, Holder realised there was no swing on offer and had to keep things tight in the powerplay. Even though DC got off to a flying start in the first six overs, Holder believed his team could pull it back in the middle phase.

“After I bowled the first over, I said to the guys there wasn’t much swing. I knew that we needed to be really tight in the powerplay," Holder said.

"It was that kind of a wicket where you can get on top of the bowlers in the powerplay because there is not much swing. Although they got a really good start, we knew we could peg them back in the middle.”

DC were 52 for no loss after six overs, but eventually managed to score just 149 for 3 from their 20 overs, despite an unbeaten 75-run stand between Sarfaraz Khan and Pant.

Holder reckons it was excellent teamwork from the bowlers to restrict DC to a below-par total. “We’ve got some clever spinners. Bishnoi was excellent for us. Gowtham coming in for his first game was excellent as well," the former West Indies skipper said.

"Andrew Tye came in at the backend of the powerplay and into the middle overs and did an outstanding job for us as well. It was a real team effort, the way we fought back. Credit to each and every individual.”

Having won three in a row, LSG will look to carry their momentum into their next game against Rajasthan Royals (RR) on Sunday (April 10). DC on the other hand would want to get back into winning ways when they take in Kolkata Knight Riders (KKR) next.