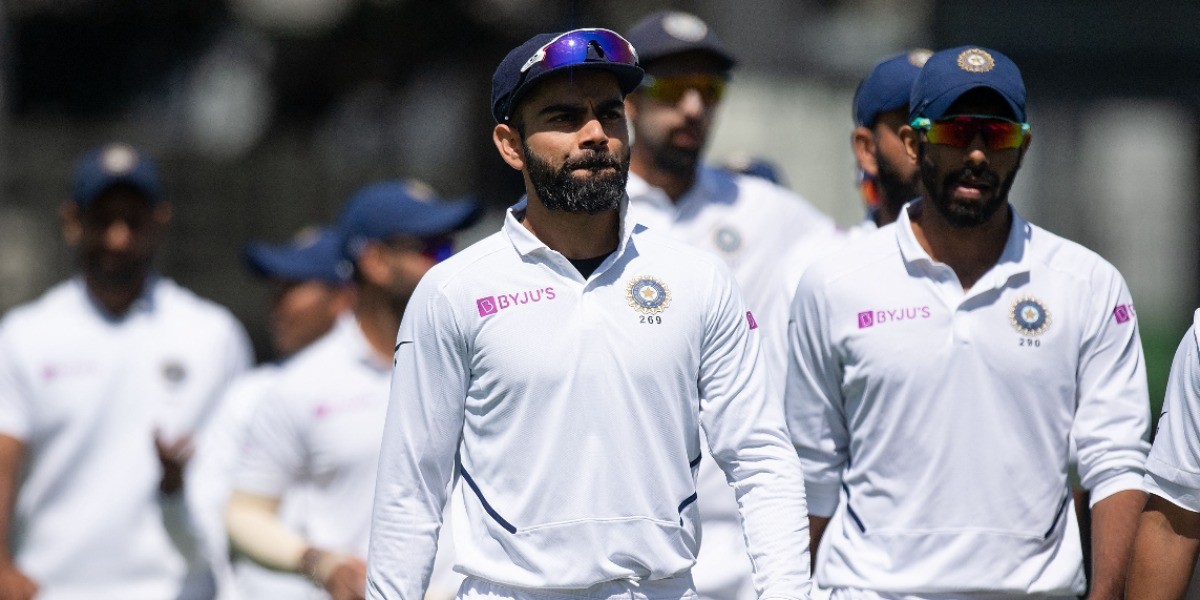 Indian team have announced their squad for the maiden World Test Championship (WTC) final to be played in Southampton from June 18 onwards. While the batting line-up picks itself, the only scope of surprises was in the bowling department. All the speculations around Mohammed Siraj’s inclusion came to rest as India have opted to stay with the tried and tested combination of Jasprit Bumrah, Mohammad Shami and Ishant Sharma. Ravichandran Ashwin and Ravindra Jadeja fill the all-rounder’s spot.

Astonishingly, this is the first time these five Indian bowlers will be playing together in their Test career. Together, they hold the experience of playing in 299 Test matches and there is no surprise that India is going with their best bowling line-up available. Shami and Jadeja missed India’s previous WTC assignment - the four-match Test series against England - due to injuries. 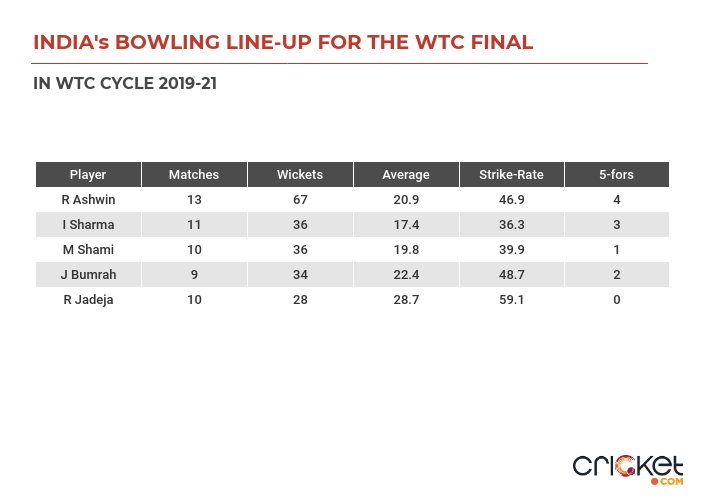 The batting line-up was always a straightforward prospect. Hanuma Vihari is the unfortunate batsman to miss out but there was no place given Ashwin and Jadeja deepens the batting as well as provide vital bowling expertise which can come in handy in Southampton.

Skipper Virat Kohli also confirmed that weather was never going to play a part in forming the XI.  "No, it does not change [things] from our point of view as a team”, said Kohli on the eve of the match while talking to the media.

The weather forecast is quite poor for each of the scheduled five days of the Test match but Kohli reckons the side covers all bases. "For us, it is about covering all the bases and making sure that we take the strongest side we can be on the park, which gives us batting depth and gives us enough bowling options as well. We are quite clear in terms of what we want to do. The forecast is something we are not focused on.

“We are not bothered with what the weather holds. Do we need to change the outlook of the team altogether? No. Obviously, how you approach the game and the decisions that you make day-to-day, alter when the conditions are different. But not your whole team altogether."

Kohli also said that he does not see the event as the biggest for India and he would rather focus on the effort put in by the team over the last few years instead of judging it all on the outcome of one match.

"This is just another Test match. All these things (WTC final) look good from the outside. One game can't become a do-or-die game. It's a great moment but cricket goes on just like life goes on."

"The occasion needs to be enjoyed and no more important than the first Test that we all played as young players trying to rise through the ranks.

"For us as a team, we have been on a quest for excellence for a while now. And we are going to continue to be on that path regardless of what happens in this game. We need to have belief in our abilities and keep things simple. It's a contest between bat and ball."