India deliver a masterclass on how to handle pressure 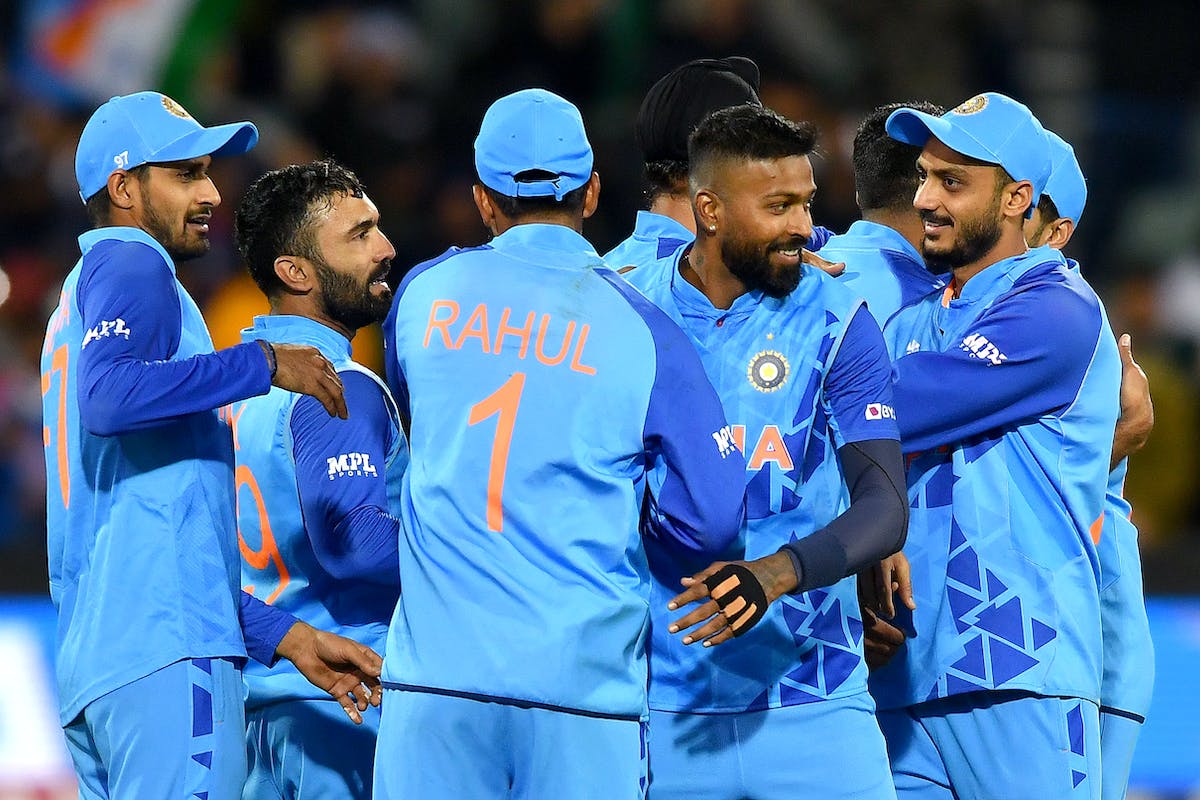 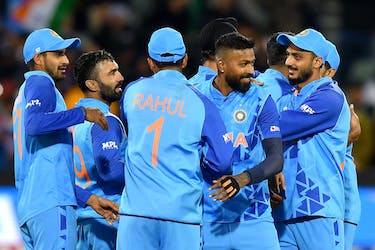 India deliver a masterclass on how to handle pressure

For a side that’s been guilty of folding in crunch situations in major events of late, the Men in Blue, today in Adelaide, put on a masterclass on how to handle pressure

30 minutes of hell. That’s what it was for the Indian players, between 8:57 PM and 9:27 PM local time, as rain pelted down in Adelaide and threatened to jeopardize their chances of making it to the semi-finals.

It was a truly horrifying 30 minutes because there they were, staring at the prospect of their fate being taken out of their hands despite doing little wrong.

Little wrong indeed, despite the cries on social media (and in our own watchalong).

After being inserted into bat, they posted 184 on a used wicket, a total that, in the immediate aftermath of the first innings, looked like it was well above par. It is true that the openers could — and should — have shown more intent in the powerplay, but ultimately the catch-up was done successfully.

To give some context, in 25 T20s in Adelaide since the start of 2020, 184 stood as the fifth-highest first-innings total. It was a totally acceptable score.

The bowlers were not to blame too, despite Bangladesh racing to 60/0 at the end of the powerplay. It’s just that they ran into a rampant Liton Das, who played as good an innings as anyone in this T20 World Cup.

Liton was middling everything, had luck on his side too — a 50/50 call went his way, plus DK spilled a tough chance — and seemed totally unstoppable. He was playing a knock that was nothing short of stupendous. 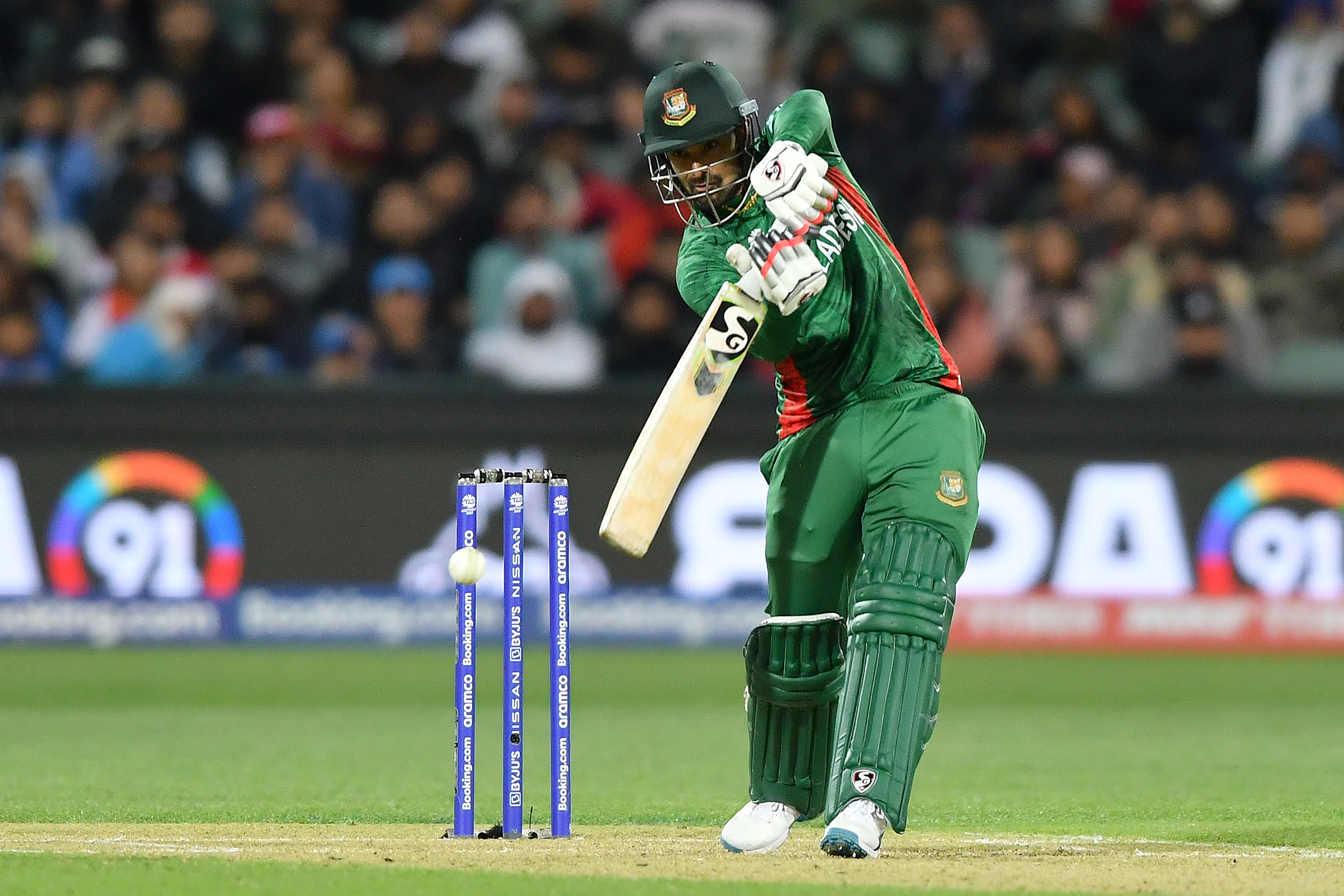 No doubt India were rattled by Bangladesh’s start, but even at 66/0 after 7 overs, they had no real reason to panic. Because of multiple reasons.

Firstly, they were up against a side that’s abysmal when it comes to chasing big totals. Heading into Wednesday’s clash, Bangladesh had chased down 180+ targets in T20Is just twice. That’s a success rate of 8.3%. Sure they got off to a flyer, but there was still plenty left to do: 118 more off 13 overs.

The Adelaide Oval factor added to the difficulty of Bangladesh’s task.

Here’s the thing about Adelaide: you score big in the first innings, you’re almost always guaranteed to win. On a used wicket? Most definitely. Prior to Wednesday, a total of zero 180+ totals had been successfully chased at the Adelaide Oval in all T20s since the start of 2020.

So the odds were in India’s favour even after the powerplay setback.

More than anything, time was their biggest friend.

Or so they thought. Everyone did.

In a matter of seconds their world got turned upside down by a bout of rain.

Time was now no longer their friend. It became the enemy they were racing. 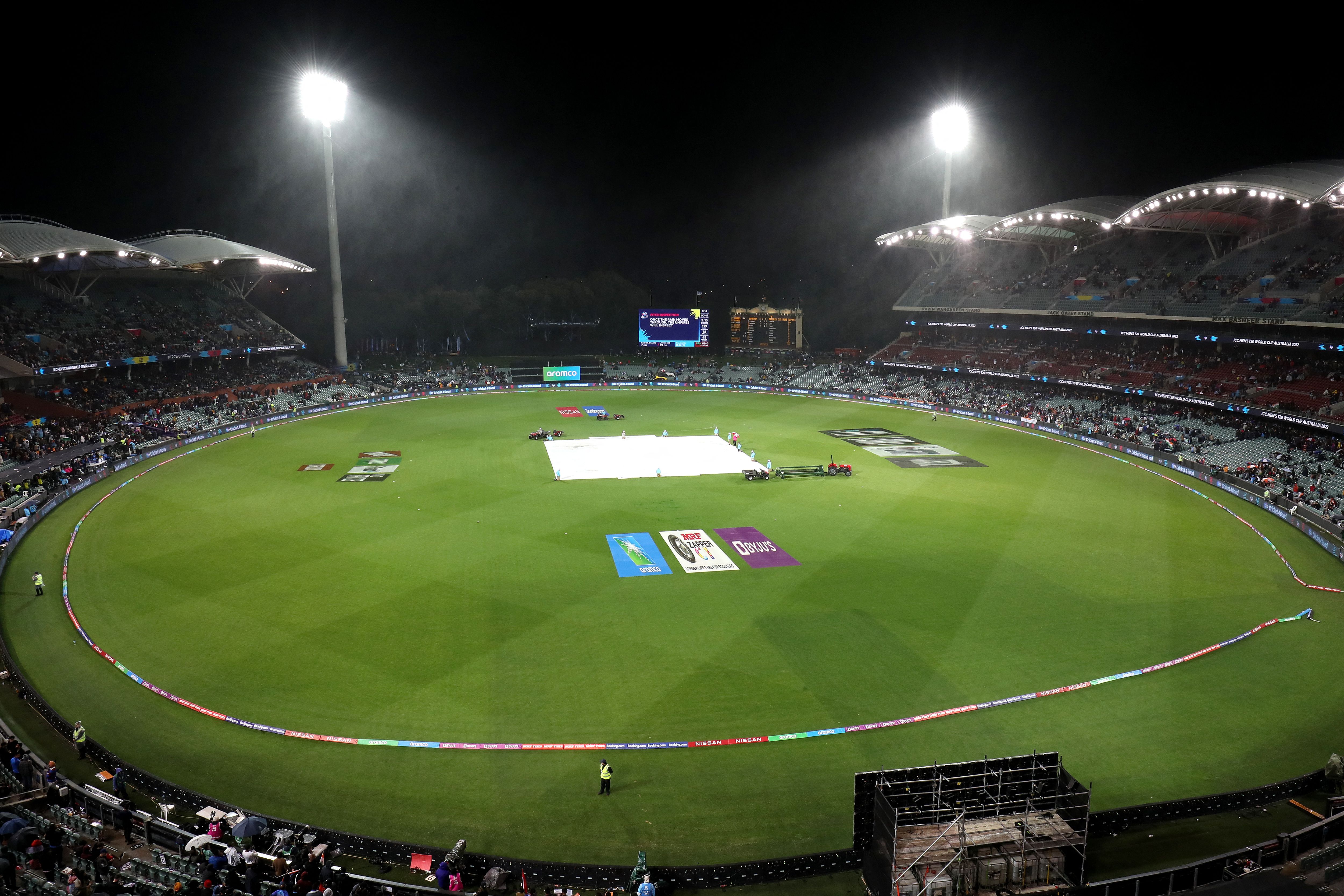 The ramifications of play not resuming only hit the players, and the fans, only a good few seconds post the stoppage.

Indeed, Bangladesh being 17 runs ahead of the DLS par — thanks to the Liton show — meant that the Tigers would win should play not resume. A Bangladesh win, in the wider scheme of things, would have meant disaster for India, for it would have taken their fate out of their own hands.

So for 30 minutes, there they were, the Indian players, sitting helplessly, staring at a potential tournament-crashing defeat without doing any wrong.

England, South Africa, Afghanistan, Ireland and even New Zealand have all been done dirty by rain in this World Cup, but Wednesday turned out to be India’s lucky day. For once, the weather gods listened to the fans’ prayers; the rain stopped.

Relief for the Indian players, who’d been relieved of the mental torture. At least now, they got the opportunity to have a say in the result.

This was the good news. The bad news was that DLS calculations had made life easier for Bangladesh, who needed 85 more off 9 overs with all 10 wickets in hand.

Reduced target, wet ball, multiple overs of spin remaining, all ten wickets intact: now, the odds were stacked fully in Bangladesh’s favour. Sure the boundaries were still long, but you don’t need to go berserk to chase 9.4 runs per over in Australia; you could do it with smart batting, with singles, doubles and occasional boundaries.

It is easier said than done to be ‘perfect’. Cricketers are humans, and humans are designed to err.

What skipper Rohit Sharma told his boys prior to resumption we don’t know, but the Indian players walked out possessed. It was almost as if each and every player was in a state of trance. Every single individual was in the zone, performing at a peak level.

Forget mistakes, the players were out there performing as if they’d activated some cheat code.

Considerably behind in the contest, India had to strike early post resumption. It only took two balls for the Men in Blue to get their breakthrough, but it was the manner in which they struck that truly signaled that they meant business.

What Najmul Shanto and Liton Das thought was a regulation two was turned into a dismissal thanks to the brilliance of KL Rahul, who fired-in the throw of the tournament to send the danger man packing.

It was no ordinary direct hit.

Rahul had ground to cover, only one stump to aim and the ball had a long way to travel. We’re talking at least 50 meters. The chances of the fielder hitting that one stump was probably 1/10, if not worse. 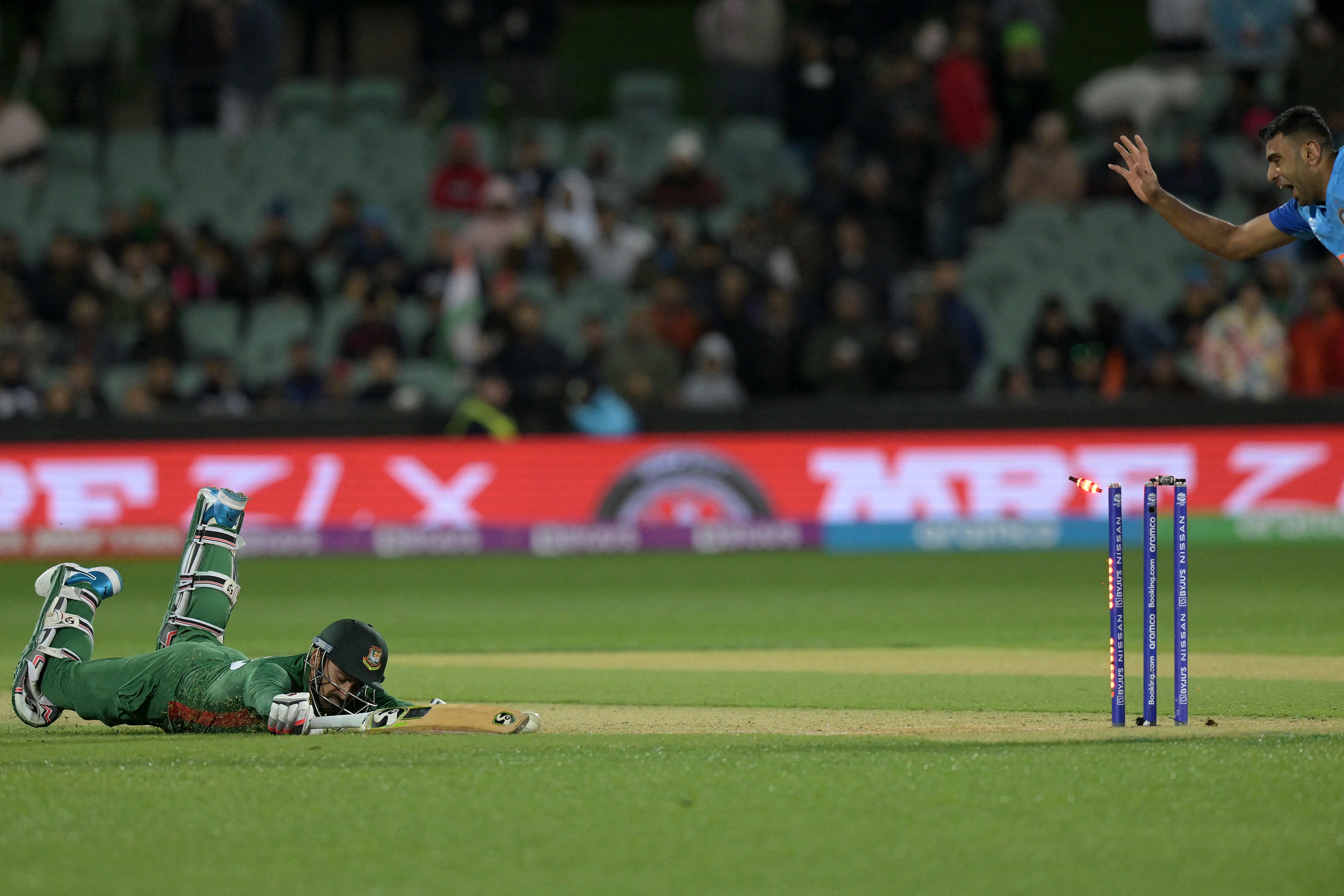 This was on just the second ball post resumption, and it really proved to be the sign of things to come.

Literally, because India would go on to win the game on the back of some outrageously good fielding.

Suryakumar would go on to take the first two of three world-class catches, both at long-on. Without context they were probably only ‘good’ catches, but a combination of the game situation, context, and conditions — the ball was soaking wet — made them great.

The catch of the night, however, belonged to Deepak Hooda, who arguably sealed the game for India with his efforts.

Shakib Al Hasan tried to slog the slot ball from Arshdeep but he only succeeded in skying it. The ball went miles in the air, but stationed at deep mid wicket, Hooda, fielding as a substitute, ever so casually pocketed it.

In retrospect, the wicket and the ice-cold catch from Hooda proved to be a major turning point; Bangladesh collapsed after it.

India let themselves down on the field against South Africa, but they more than made up for it here. The stellar showing delighted the skipper.

“Some of the catches we took today was great to watch. When you're playing in front of a big crowd it's not easy. To take those catches, it shows the character of the guys. I have no doubts over our fielding abilities,” Rohit said in the aftermath of the game.

Once Shakib was dismissed, India had the upper hand, and it was all about holding the nerve. There were a few mini-scares but Arshdeep Singh and Hardik Pandya overcame them to seal the side a thrilling win.

Skipper Rohit had nothing but words of praise for Arshdeep, who yet again delivered despite being asked to do the toughest job in the sport.

“When he (Arshdeep) came into the scene, we asked him to do that for us. With Bumrah not there, someone has to do it for us, and take the responsibility. For such a young guy to come and do it is not easy. But we prepared him for it.

“The last 9 months he has been doing it. There was a choice between Shami and him but we backed someone who did the job for us previously.”

On the night India thrived under pressure, but contrarily, Bangladesh crumbled. Just like the 2016 WT20, this was a match they should have won. But they didn’t. Once again, so close, yet so far.

"It's been the story when we play India. We're almost there but don't cross the line,” Shakib said at the end of the game.

Pretty much the story of Bangladesh in major events and big matches. 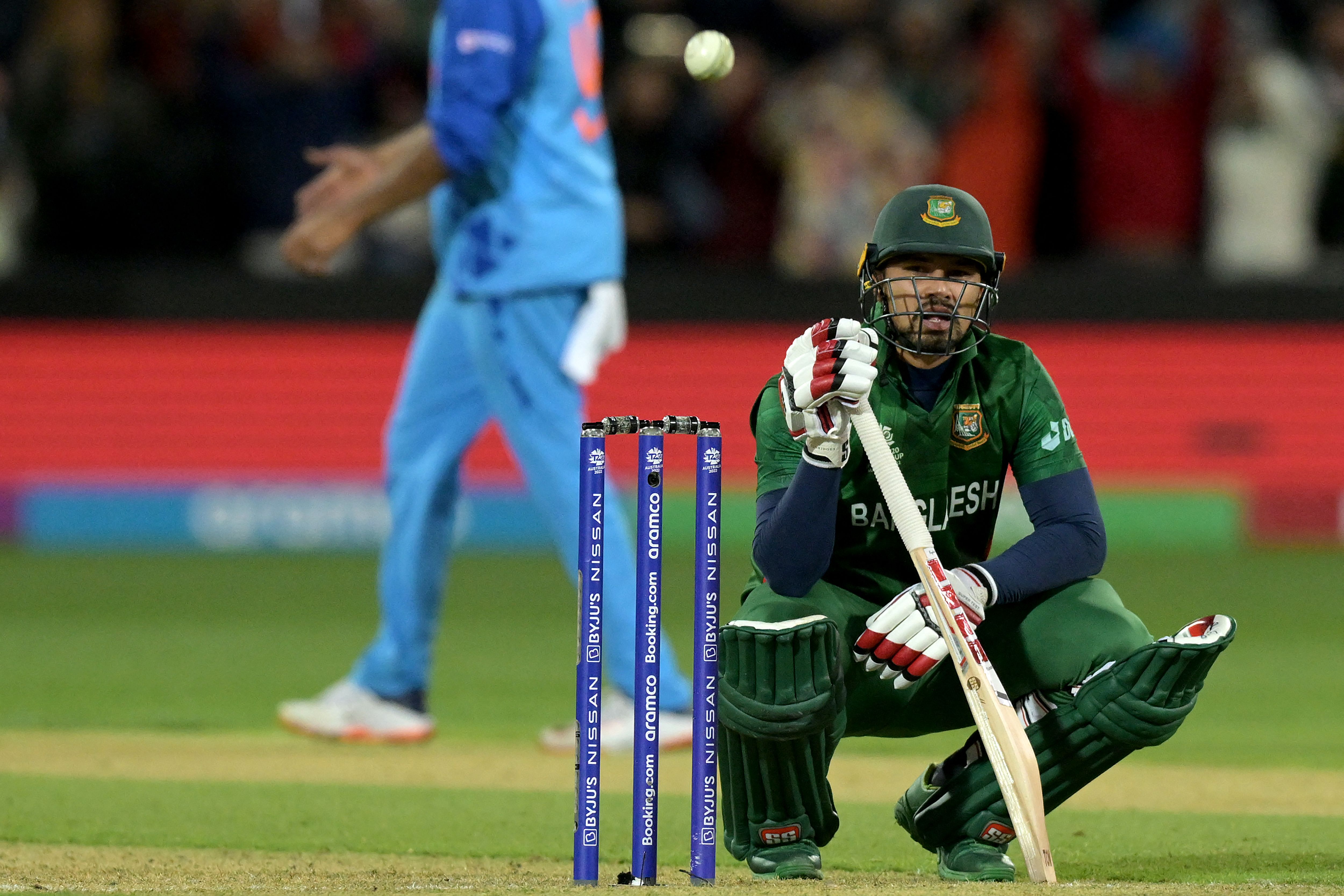 India, then, would be relieved more than anything to come out of this fixture with two points. They now have more than one foot in the semi-finals.

For a side that’s been guilty of folding in crunch situations in major events of late, the Men in Blue, today in Adelaide, put on a masterclass on how to handle pressure.

If they could keep this up for the rest of the competition, you feel that the trophy is theirs for the taking.