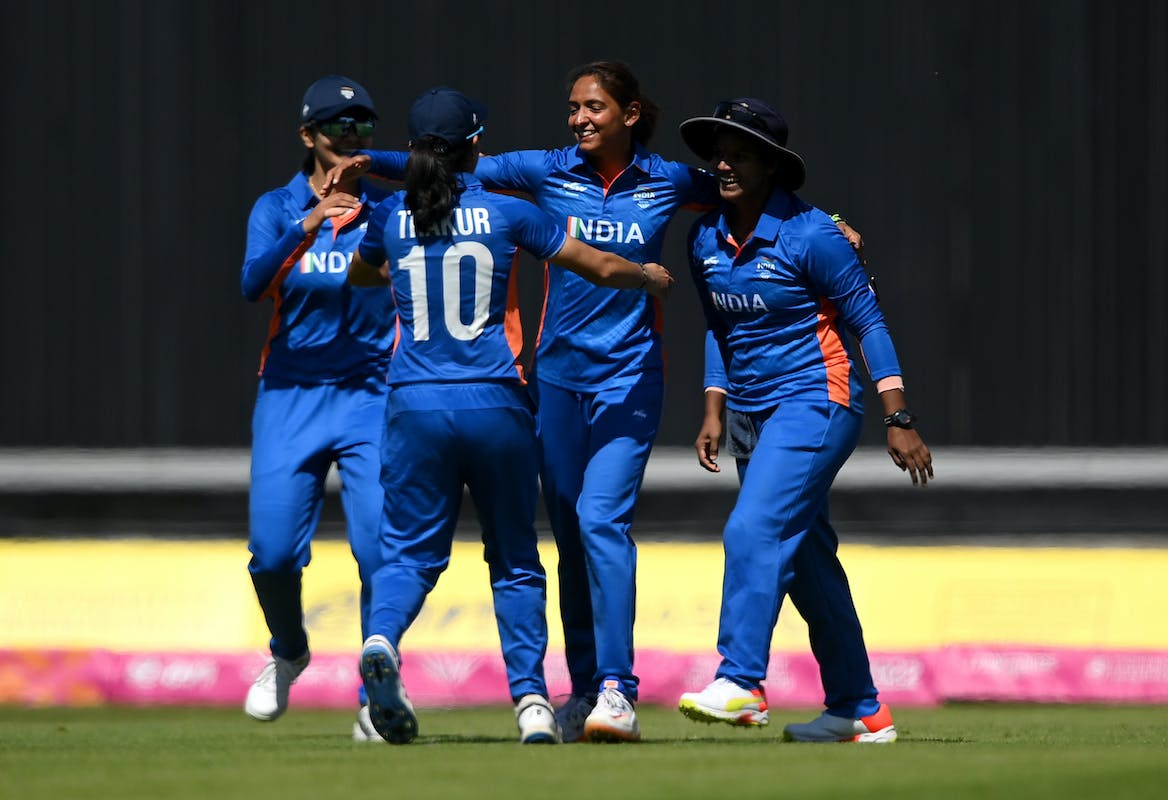 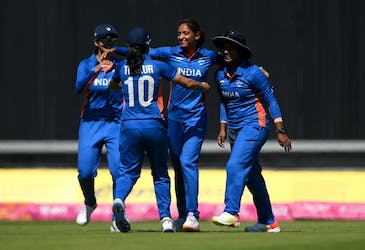 Indian women's cricket team ensured that they will finish the Commonwealth Games 2022 with a medal after beating hosts England in semifinal by four runs on Saturday at Edgbaston. It will be Indian cricket's first ever medal in a multi-sport event.

Defending 14 off the final over, Sneh Rana claimed a wicket off the second ball and conceded a six off the final ball, but made sure the remainder of the over never went for boundaries to set up a title clash with either Australia or New Zealand.

Captain Harmanpreet Kaur's decision to bat first turned out to be right as Smriti Mandhana's brutal knock of 61 off 32 balls along with Jemimah Rodrigues' useful 44 not out powered India to 164/5 in 20 overs.

Mandhana also claimed the record for the fastest T20I fifty in Women's cricket as she reached her half century in just 23 balls. India raced away to 50 inside the powerplay and then 76 within 7.4 overs before Shafali Verma departed in Natalie Sciver's bowling.

Mandhana departed in the next over, while captain Harmanpreet Kaur (20) too was dismissed quickly. Deepti Sharma chipped in with 22 off 20 balls as she and Rodrigues added 56 runs in 38 balls to take India past 150.

England started off the chase well as opener Danni Wyatt and Sophia Dunkley raced off 24/0 in the first two overs. Deepti Sharma pulled things back when she trapped Dunkley in the third over.

Wyatt kept scoring freely with Alice Capsey (13) to take England to 58/1 in 6 overs. However, a misunderstanding at the non-striker's end helped Rana to run out Capsey and then get the wicket of Wyatt in the ninth over.

Despite struggling to find boundaries, Amy Jones (31 off 24 balls) and Nat Sciver (41 off 43 balls) brought England closer with a partnership of 54 off 50 balls.

Radha Yadav broke the partnership with a sharp throw at the non-striker's end in the 18th over to dismiss Jones while Sciver was caught short of the crease by Mandhan's throw while attempting a second run in the 19th over.

India will face Australia or New Zealand for the Gold medal on Sunday.