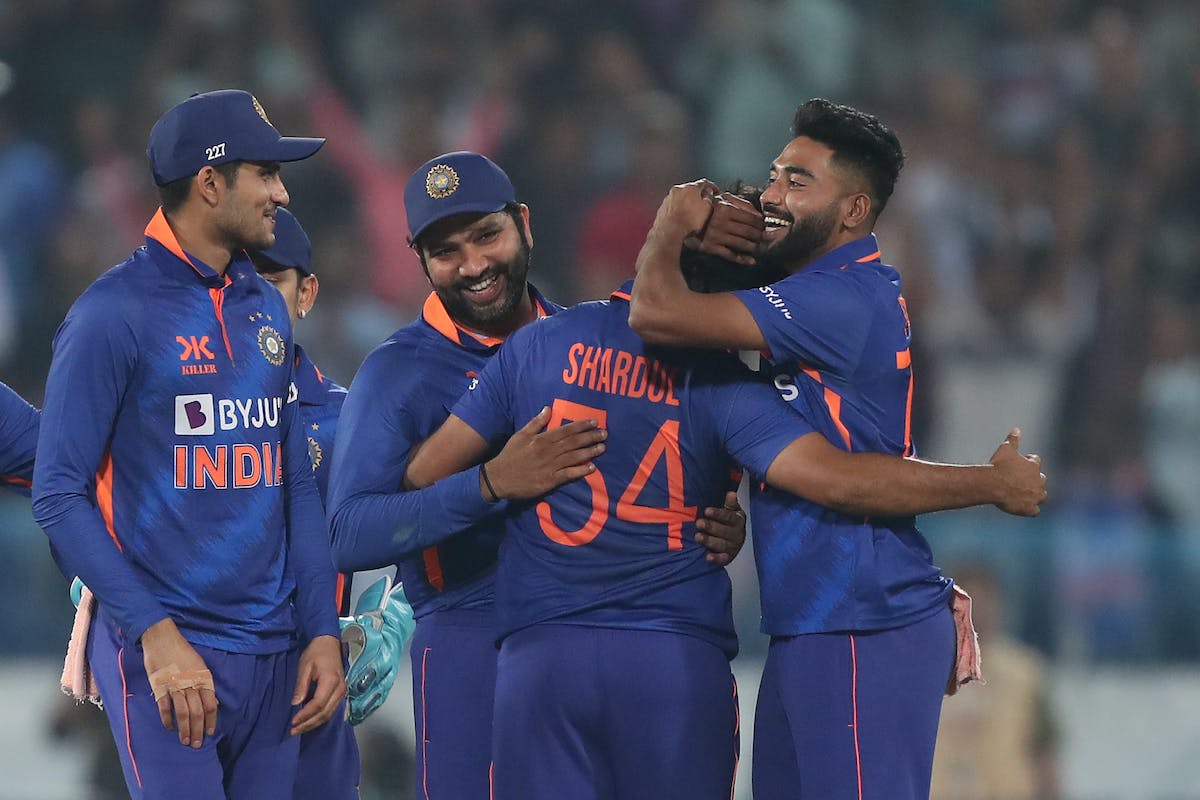 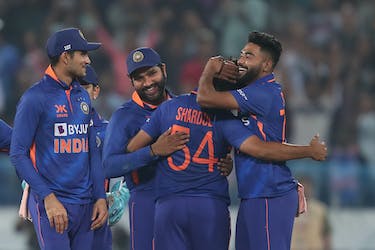 India have been fined 60% of their match-fee for maintaining slow over-rate during their 12-run victory over New Zealand in Hyderabad on Wednesday (January 18). India were found to be three overs short by match referee Javagal Srinath after time allowance were taken into consideration.

"In accordance with Article 2.22 of the ICC Code of Conduct for Players and Player Support Personnel, players are fined 20 per cent of their match fee for every over their side fails to bowl in the allotted time," ICC said in its media release.

After putting up 349 on the board, courtesy of a brilliant 208 by Shubman Gill, India were pushed right till the end thanks to a century by Michael Bracewell (140) and his 162-run stand for the seventh wicket with Mitchell Santner (57).

The two teams will clash in the second game of the series on Saturday (January 21) in Raipur.