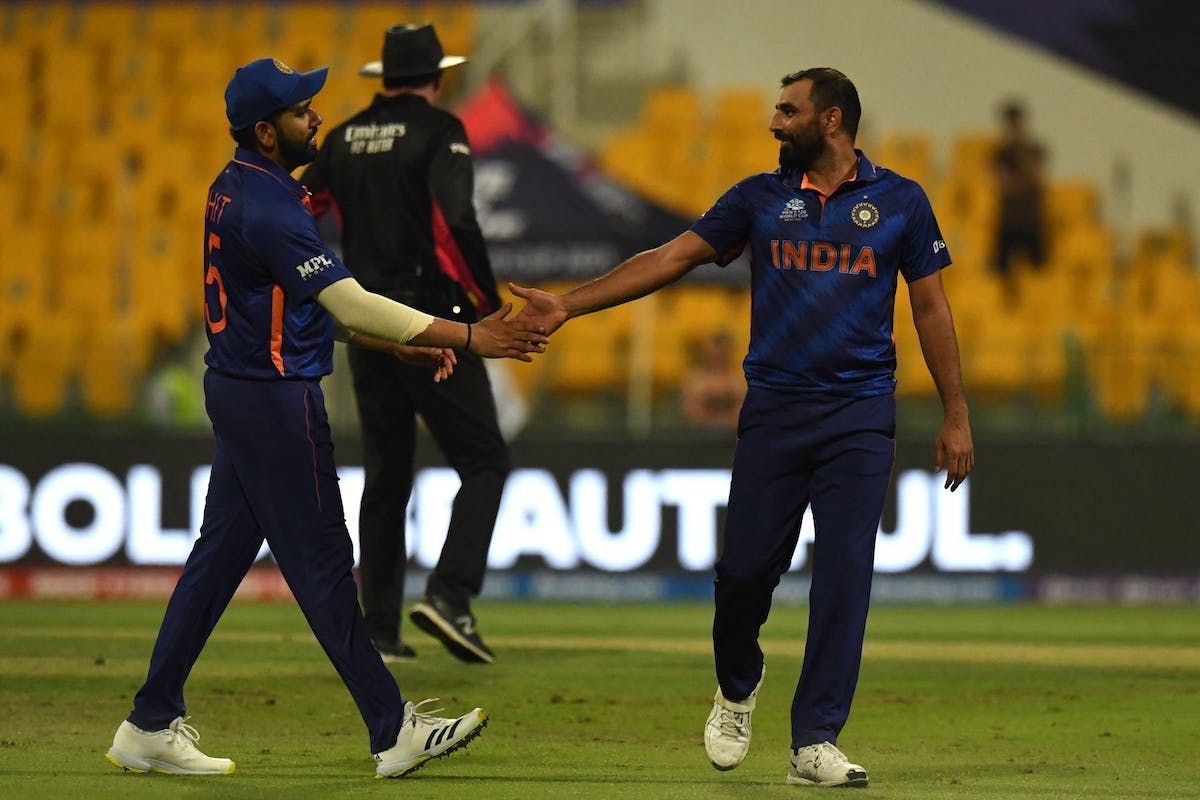 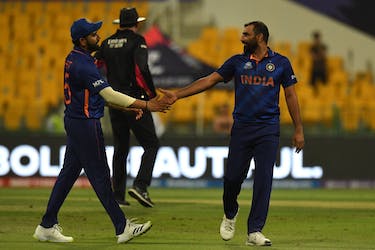 India, who last won a global title with their 2013 Champions Trophy, begin their campaign against Pakistan on October 23 in Melbourne

India have been grappling with injury concerns for a while now and safe to say that has hampered their preparation for the T20 World Cup in Australia big-time. While Jasprit Bumrah missed out on the World Cup with a back injury, the selectors were forced to pick Mohammed Shami as a late addition to the 15-man squad to replace pace spearhead. Shami hasn’t played any cricket for the last five months and was out of India’s plans for the shortest format for a while now.

Not only that key all-rounder Ravindra Jadeja is also missing the tournament due to injury, but that hasn’t deterred Rohit Sharma from insisting that the team was ready for the challenge with the players at hand.

"Injury is part and parcel of the sport. Injuries will happen if we play so many matches, so our focus for the last one year was that we had to build bench strength," Rohit told reporters at a press conference in Melbourne. “Our focus is to try and create backups and give them opportunity. The bowlers, who have come with us in the World Cup, have played enough matches."

Shami, 32, was a last-minute replacement after the team waited on his recovery from Covid, which made him miss the home series against Australia and South Africa. The veteran quick will meet up with the rest of the squad in Brisbane, where India will play two warm-up matches against the hosts and New Zealand.

India, who last won a global title with their 2013 Champions Trophy, begin their campaign against Pakistan on October 23 in Melbourne, and will have two warm-up games - against Australia and England - to give game-time to the Bengal pacer.

"Whatever we have heard about Shami has been very positive. His recovery after Covid has been good and (he) has had three to four bowling sessions with full intensity. All's looking good with Shami," said Rohit.

Pakistan have welcomed back pace bowler Shaheen Shah Afridi, who recovered from a knee injury in a boost to their chances. Skipper Babar Azam, who turned 28 on Saturday and was presented with a birthday cake on the dais by Australia skipper Aaron Finch, said Shaheen was fit and ready.

"The way Shaheen has come back and he is fully fit and dedicated and we are looking forward to the tournament and play. Pakistan has always produced good fast bowlers. Shaheen's return has only made our fast bowling lot stronger," Azam said.

Pakistan, who missed out on the title last year after losing in the semi-finals to eventual winners Australia, are fresh from winning a T20 tri-series in New Zealand.

"The boys are confident and we will try to take this momentum into the World Cup," said Babar, adding that he was expecting a high-intensity match against India in their tournament opener.