India ponder changes in a do-or-die encounter in Ranchi 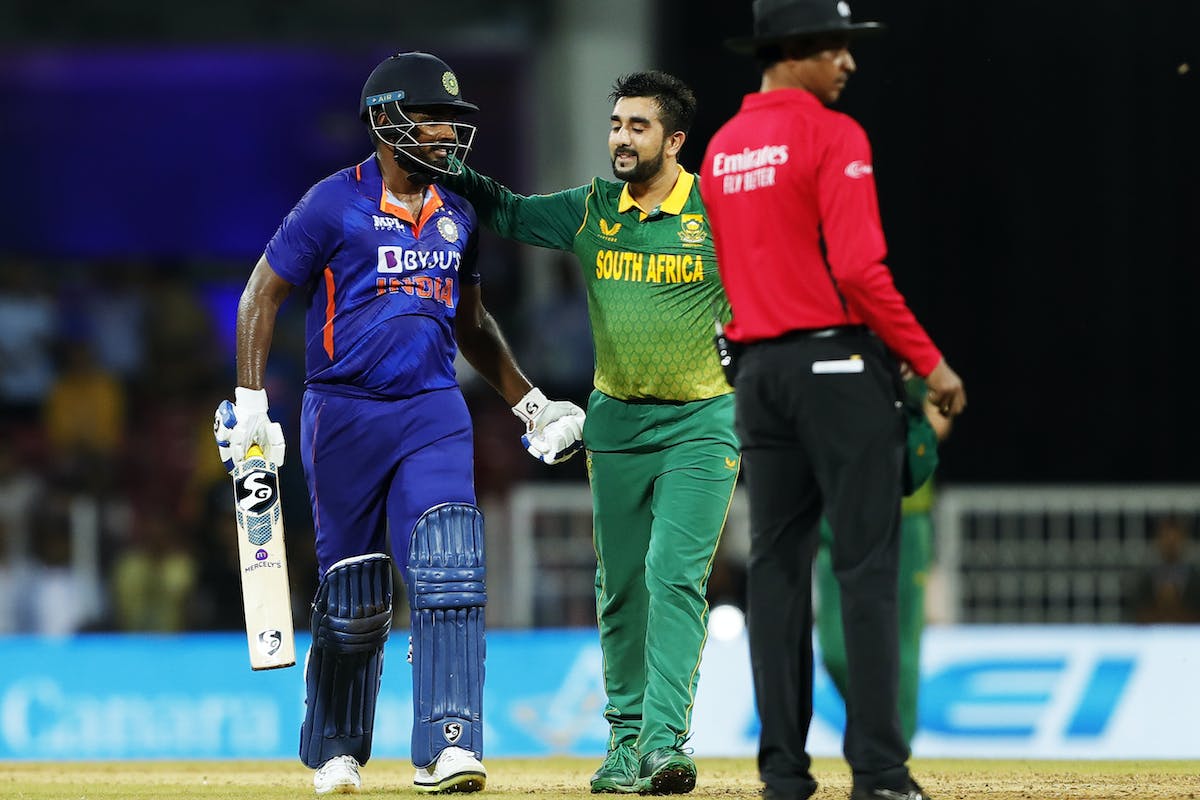 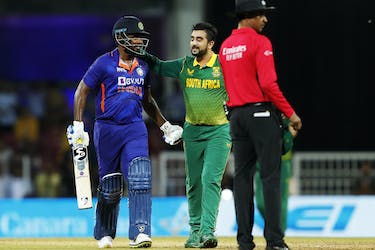 India ponder changes in a do-or-die encounter in Ranchi

In the first ODI, none of India’s top four scored at a strike rate of more than 55

Though it was in the shortest format of the game, India made a strong comeback against South Africa earlier in June. After losing the first two games, India drew the series. Not long ago, even against Australia, they lost the first T20I and bounced back with back-to-back wins to win the series. However, this can happen only if India manages to fix their issues.

Everyone thought the series was only important for South Africa, owing to their position in the CWC Super League. But, against a full strength South African squad, it was a perfect platform for the future Indian players to put up a display.

However, that wasn’t the case in the first ODI. Apart from the obvious names like Shreyas Iyer, Sanju Samson, Kuldeep Yadav and Shardul Thakur, the young contingent wasn’t able to handle the pressure. As a result, India’s top four scored less than 50 runs in the first 17 overs at a strike rate of 45.1 in a chase of 250 in 40 overs.

That was too much for even Shreyas and Samson at the end. Despite the early struggles, India managed to cut the deficit to just nine runs after being 51/4 in 17.4 overs.

This now raises the question over some youngsters and an old timer as well. Lets’ cut some slack on Ruturaj Gaikwad who was on debut. But, the most experienced batter in the squad, Shikhar Dhawan, displayed zero intent when the chase demanded some. Alongside Dhawan, Ishan Kishan in his short stay at the crease was pretty clueless.

South Africa on the other hand, had a near perfect game. Their middle order again came good, courtesy Heinrich Klaasen and David Miller. Their bowlers got them off to a perfect start. A probable area of concern was Tabraiz Shamsi. But all-in-all, their bowlers aced the challenge.

With a lot of expectations from this young squad, the caravan moves to MS Dhoni’s hometown Ranchi, for the second and all-important ODI.

With the ODI World Cup happening next year around this time, Dhawan has put himself in a spot of bother. It has been a peculiar year for Dhawan. He has runs to back him, but the question is about his intent. 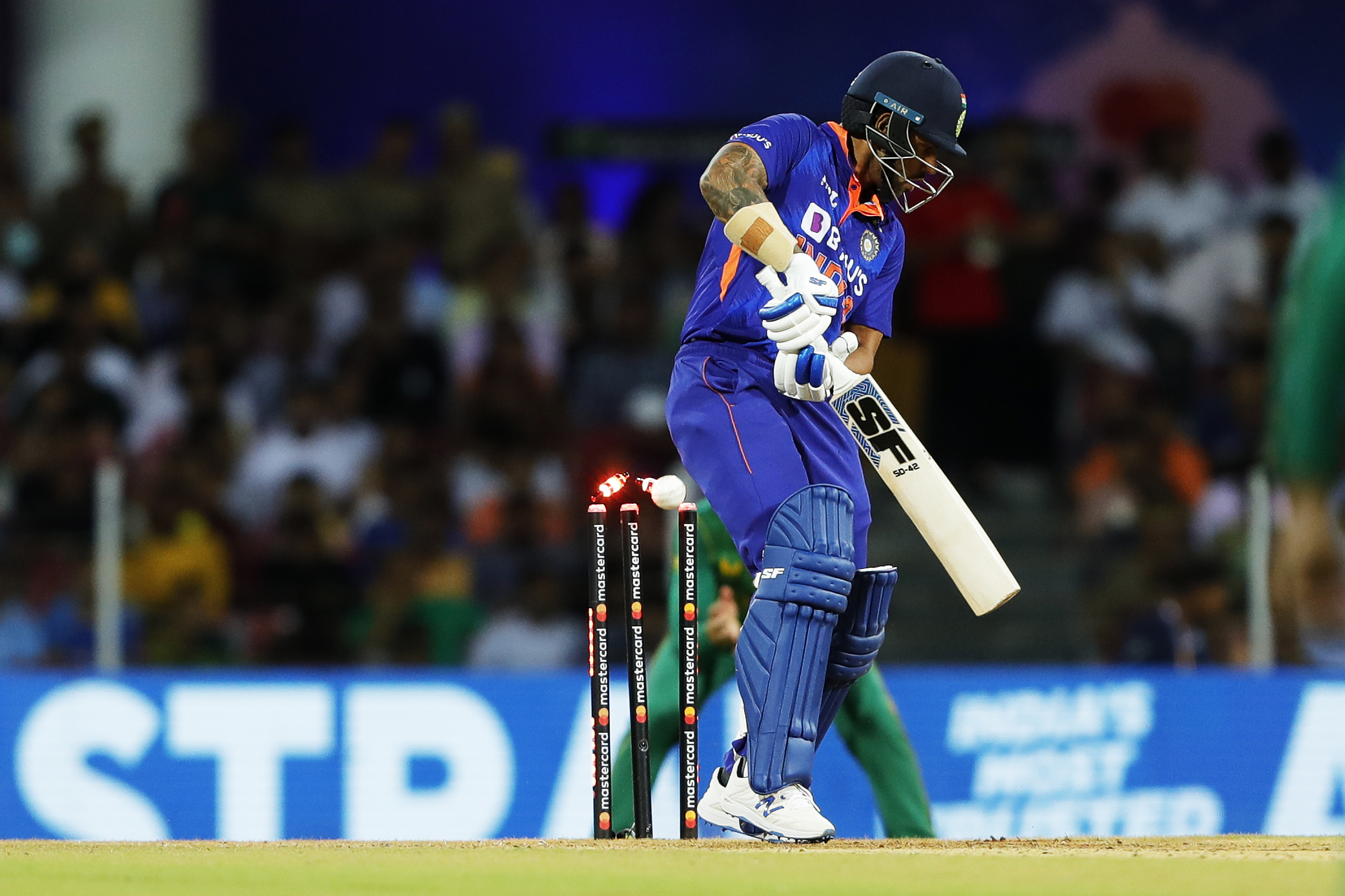 Clear enough to say that, his spot is in danger.

Can Patidar or Tripathi make a case in the middle order?

Not to be harsh on Kishan here, but post his scintillating debut innings against Sri Lanka, the awe-factor in him, seems to have faded. It is just not about the scores. The confidence in him seems to be very low.

Kishan averages 27.3 and strikes at 85 in six ODI innings. Interestingly, in his domestic List-A career, he has opened the innings 56.7 % of the times (42 in 74). In comparison, in six innings, he has opened only once in internationals. 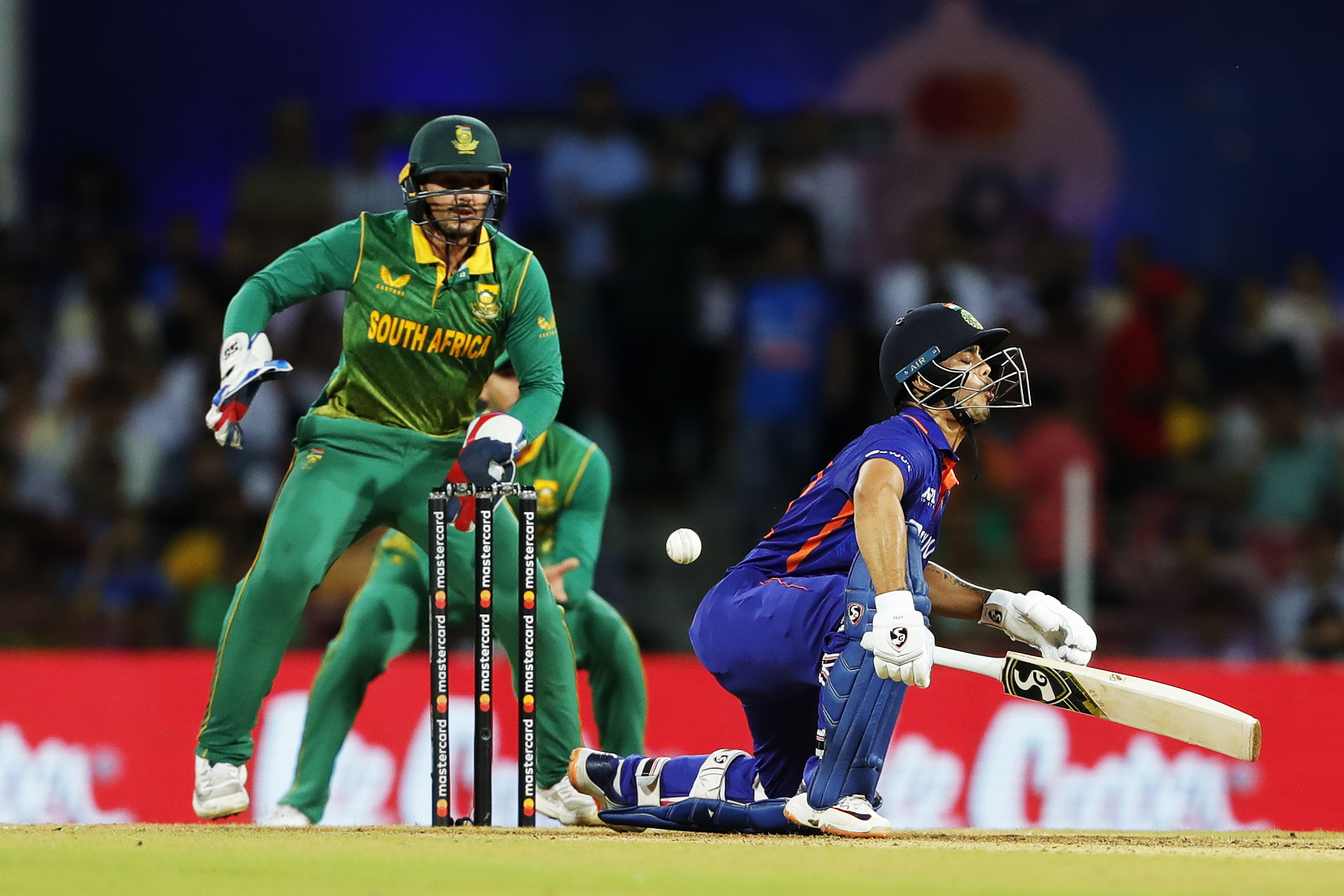 If we compare the three batters’ numbers against spin from the 2022 edition of the IPL, Patidar and Tripathi are way above Kishan. Patidar in his seven innings, struck at 172.9 against, Tripathi had scored at 145.65 in nine innings. Whereas, Kishan scored at 127.6. Though the format is different, there is a stark difference. Just to keep the left-hand right-hand combination intact, is it fair to consume a deserving spot?

A struggling Shamsi, the only concern or Proteas

The only off-colored bowler among South Africa in the last game was Shamsi. In his eight overs, he conceded 89 runs for his one wicket. This struggle is not only from the last match.

In general, Shamsi struggles against the Asian teams in ODIs. Only against Sri Lanka, his numbers have been good. But, against India, Bangladesh and Pakistan, he has picked up 11 wickets at an average of 57 and a strike rate of 55.6. His economy is also on the higher side (6.1).

Whereas, against remaining teams, he has 39 wickets at an average 28, strike rate of 33.2 and concedes at 5.05. South Africa really need their A-bowler, Shamsi to be in good form, considering the World Cup is in India, conditions where he has, and continues to suffer.

Kishan struggles in the middle order might force India to make a change. Either Patidar or Tripathi could replace him. Ravi Bishnoi, who had a poor outing on his debut, might make way for Shahbaz Ahmed. A handy bat lower down the order.