"India pulled out because they were 2-1 up? I just don’t buy it" - Hussain 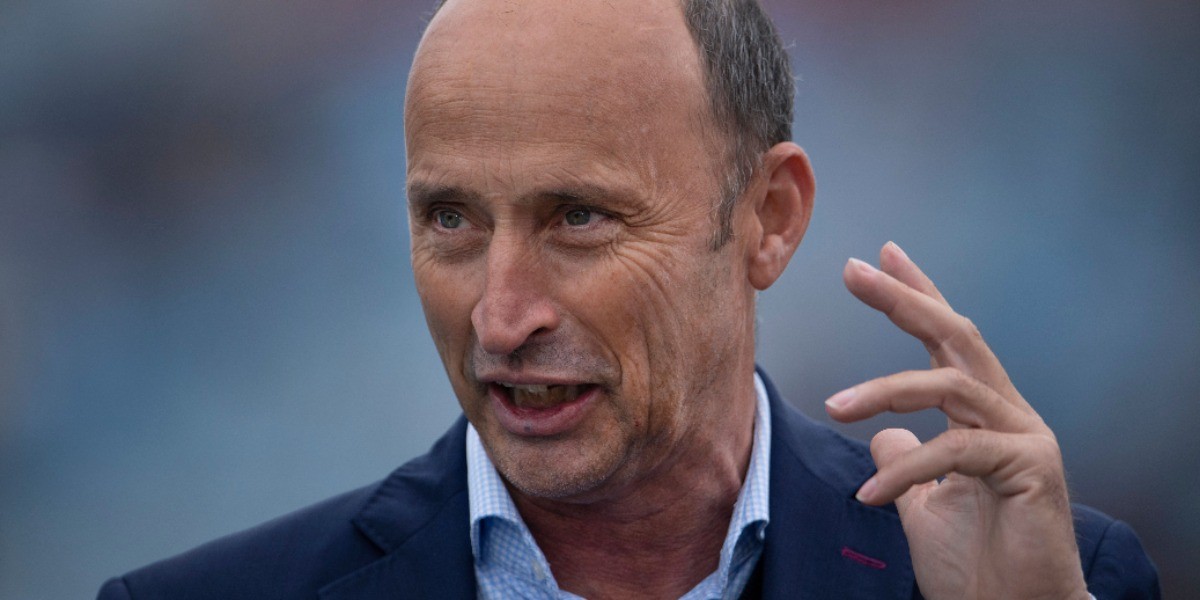 "India pulled out because they were 2-1 up? I just don’t buy it" - Hussain

Former England skipper Nasser Hussain said it makes no sense to blame India after the fifth and final Test in Manchester was called-off hours before its start on Friday after a COVID-19 outbreak in the visiting team's camp. The Indian players were reluctant to play fearing a positive result might lead to 10-day isolation and scheduling nightmare of the Indian Premier League, and Hussain feels that the real villain is the relentless schedule.

"This was a complete and utter mess. Unfortunately, though, it is where we are in the world of cricket right now due to a packed schedule and the elephant in the room that is the Indian Premier League. As soon as Covid got into the tourists’ camp, some of the decision-making was about that tournament, and it is worth remembering that India have always been wary about the positioning of this Test match so close to it," Hussain wrote in his column for Daily Mail.

"You will recall that they tried to get it moved. Because of the finances involved, the IPL is non-negotiable to them. It simply has to take place. And so when a team pull out of a match like this, it reaches an inevitable but sad conclusion for Test ticket-holders. With no wriggle room for re-scheduling, the best they can hope for now is a stand-alone match in future.

"This is a player-power situation, just as we saw 10 months ago from England when Covid hit their camp in South Africa - some players wanted to get off to the Big Bash, others were just desperate to get home for Christmas. Like the Indian players this week, they did not fancy the risk of catching the virus and spending 10 days isolated in a hotel room.

"Yes, these players are handsomely paid but that does not make the hotel isolation any easier. And so when India’s physio and his assistant tested positive, India got fidgety. Physios are the closest of close contacts and by the end of a major series it is not just the fast bowlers being treated regularly."

India were leading the five-match series 2-1 going into the final Test in Manchester. But, some of the Indian players expressed concerns about taking the field on Friday after assistant physiotherapist Yogesh Parmar tested positive for COVID-19. After Parmar tested positive, India were forced to cancel their practice session ahead of the fifth Test. The players were asked to isolate and not to step out of their rooms till the RT-PCR tests turn up negative.

The players tested negative but with the 96-hour incubation period also factored in, they didn't want to risk testing positive. Three of India's coaching staff including head coach Ravi Shastri had tested positive for Covid-19 during the Oval Test and as a result, they did not travel to Manchester with the team. In fact, Hussain feels everything was in India's favour going into the Manchester Test.

"They have enjoyed a more relaxed bubble here in the UK and ultimately that is how Covid has got into the camp - but it is too easy for us to preach to the India team to play the game on the back of a round of negative PCR tests and double vaccinations. When something like this hits it feels like the final straw and you develop a get-me-out-of-here mentality. As for the theory that India have pulled out because they are 2-1 up? I just don’t buy it.

"Virat Kohli and his team want to create history, as they did when they won in Australia earlier this year. And to have done it properly. They did not want to win by default. And things were in their favour in Manchester. England were missing three match-winners in Ben Stokes, Jofra Archer and Stuart Broad, and the pitch looked like it would turn. If you were India, you would see those as perfect circumstances in which to play."

The 53-year-old did accept that he feels sorry for the fans. "The people I felt most sorry for during Friday's extraordinary turn of events were a group in our game who habitually deserve more respect - the fans - and the villain of the piece was not India but cricket’s relentless schedule. Spectators are always the last people we think about. Slow over-rates and going off early for bad light when there are floodlights is one thing. This is quite another.

"Sure, they will get their money back but they will not get to see any action, will not be reimbursed for travel and accommodation and are missing out on what might have been a thrilling conclusion to a fabulous series."