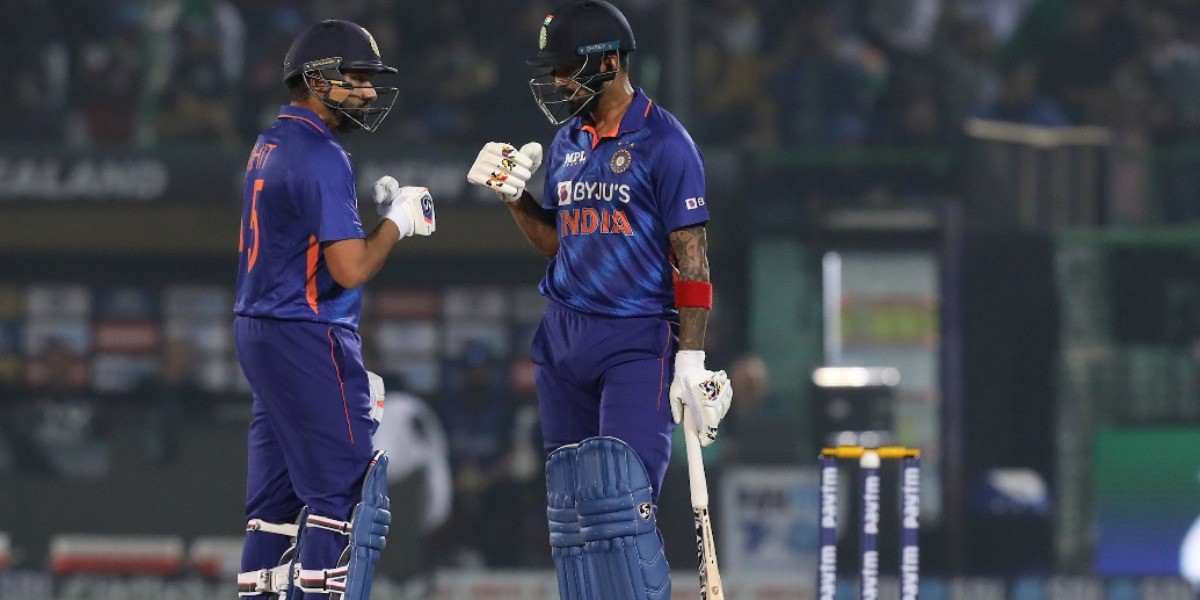 It was a winning start to the new era for India under Rahul Dravid as the head coach and Rohit Sharma as their captain. Electing to bowl first, Bhuvneshwar Kumar provided the much necessary break-through in the first over as he dismissed Mitchell for a golden duck. However, Mark Chapman and Martin Guptill rebuilt the innings with a 109-run partnership for the second wicket. A 42-ball 70-run knock by Guptill and 50-ball 63 runs by Chapman saw New Zealand post 164/5 in their full quota of 20 overs.

In reply, Rohit and KL Rahul were off to a flying start as they posted 50 runs in the first five overs. However, the introduction of Mitchell Santner in the sixth over proved to be worthy as he bagged Rahul off the first ball. Suryakumar Yadav replacing Rahul teed off in the company of his skipper Rohit. Despite hoisting a 50-run opening partnership and 59-run partnership between Rohit and Surya for the second wicket, India almost made a mess out of the chase. Rishabh Pant stayed till the end and finished the game with a boundary in the fourth ball of the last over. Hence, handing India a win by five wickets and two balls to spare. Here are a few notable stats from the first T20I:

After the early exit of Mitchell, Guptill and Chapman joined hands to resurrect the New Zealand innings. Guptill took his time, but he was the aggressor in the partnership of 109 runs for the second wicket. This registered the highest partnership for New Zealand against India in T20Is. Previously, Colin Munro and Guptill had hoisted 105 runs in Rajkot in 2017. In addition, this is their second highest partnership in T20Is in away/neutral conditions for the second wicket. Brendon McCullum and Hamish Rutherford in 2014 against England at The Oval had posted 114, which is the highest. 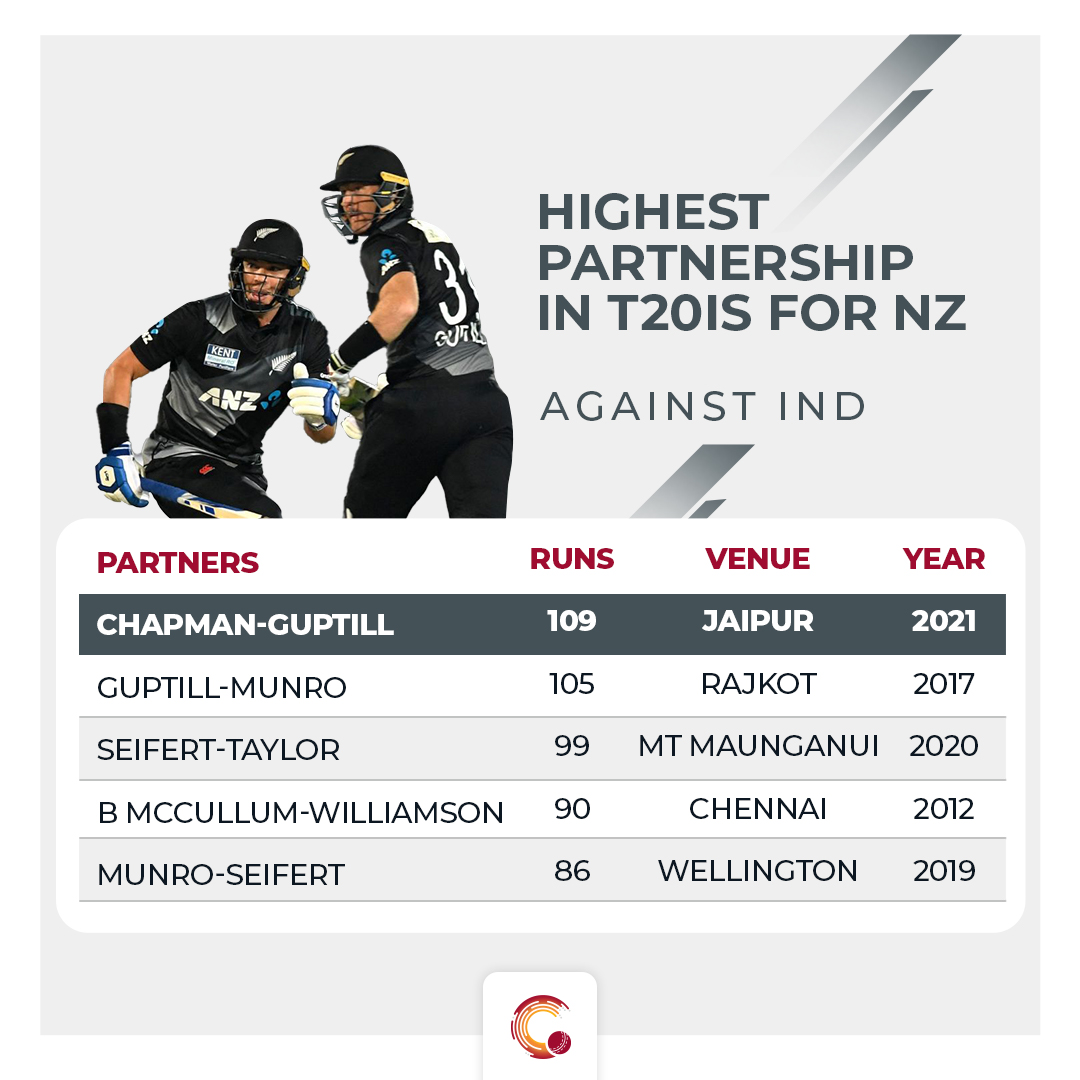 Guptill ends his barren streak of 50 against India

Prior to this match, Guptill had scored 228 runs at an average of 17.5 without a 50+ score against India in T20Is, his worst record against a team in terms of average after playing two-plus matches. Though he took his time, Guptill came good in the end and registered his first half-century (50+ score) against India in his 14th innings. Among Test playing nation batters, only Kevin O’Brien (15) against Afghanistan took more innings to register a 50+ score against an opposition in T20Is. 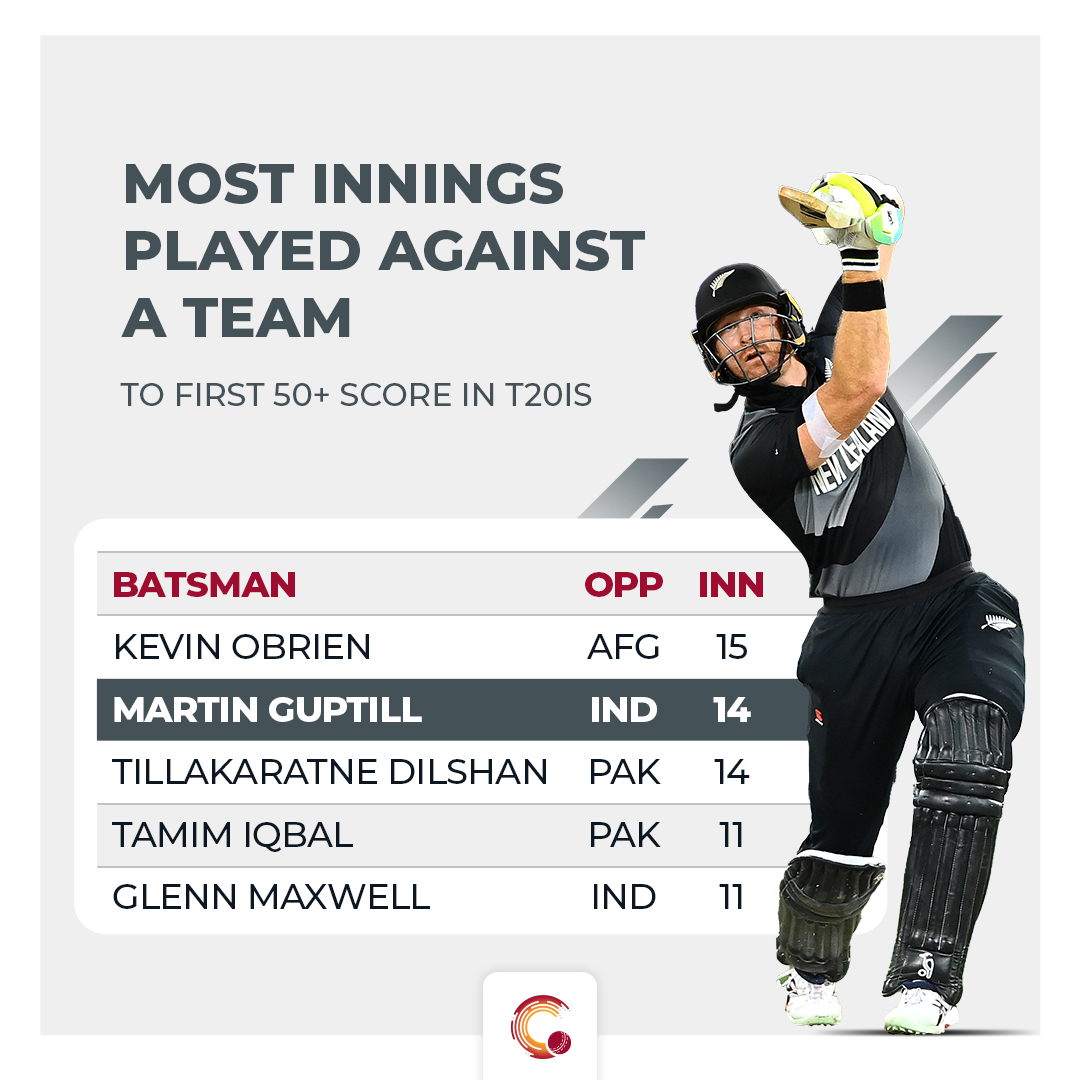 Half-century of wins through chase

It is a well-known fact that India are one of the best chasing teams, let be in ODIs or T20Is. Among the Test playing nations, their win/loss ratio of 2.613 while chasing is the best, no other teams have a win/loss ratio of over 2. The win in the first T20I against New Zealand was their 50th win in T20Is through chase. Hence, they became the first team in this format to achieve this feat. 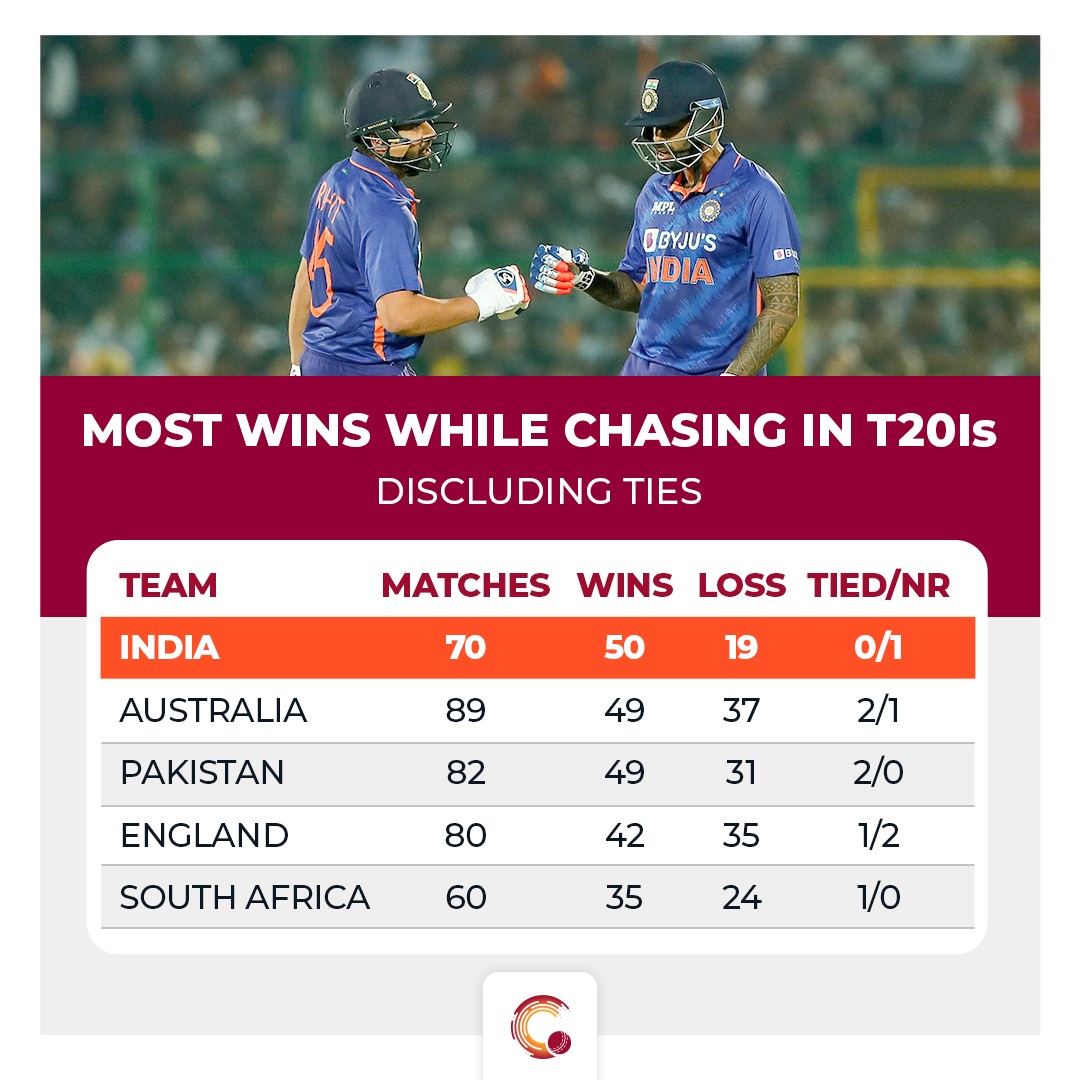 The last Indian wicket keeper to register 1000 international runs in a calendar year was MS Dhoni in 2017. In fact, he was the first to achieve this feat as well. Starting from 2005 till the year 2014, Dhoni had registered 1000+ runs in each of those. Post his retirement in Tests in 2014, the only year in which he scored a 1000+ runs were in 2017. After four years, Pant became the first Indian wicket-keeper to achieve this feat in international cricket.