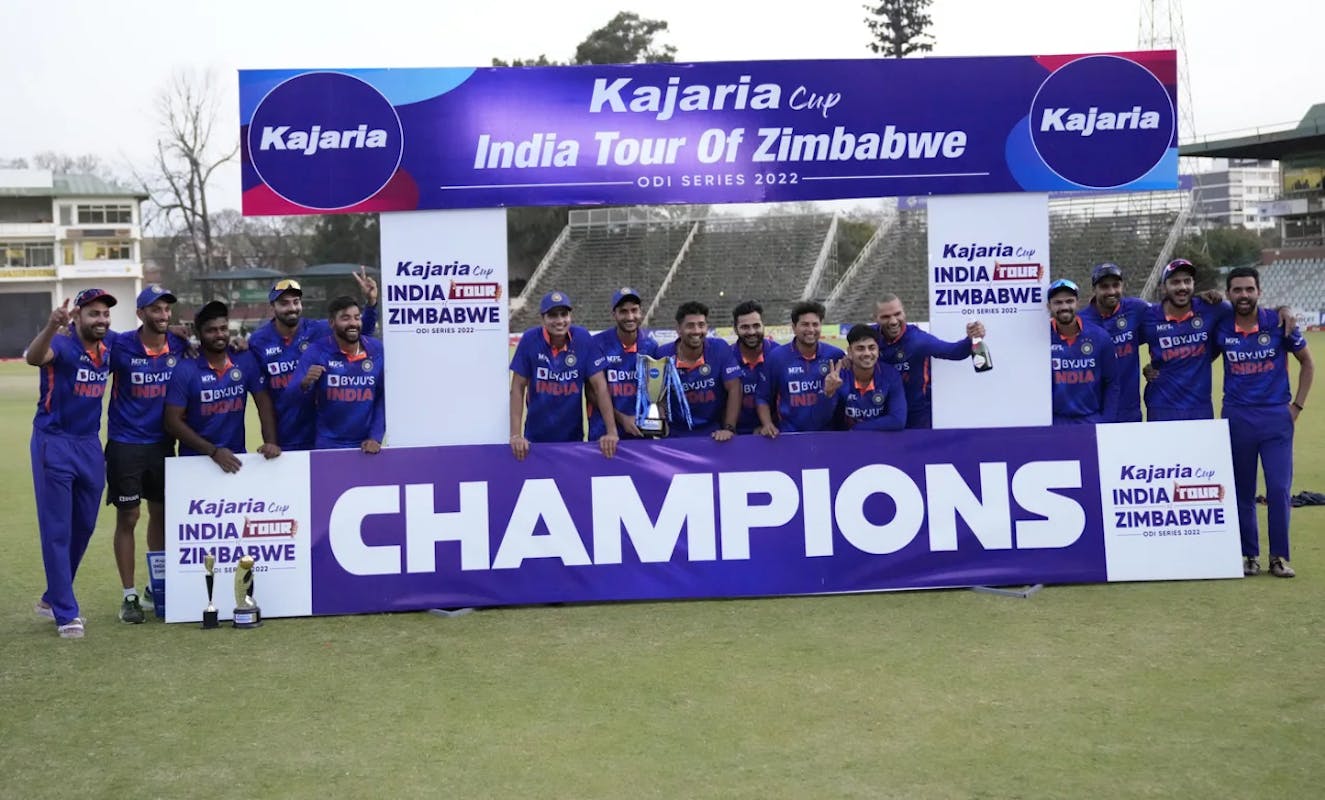 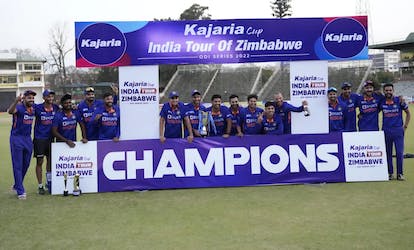 A clean sweep of Zimbabwe helped India maintain their third spot in the latest ICC ODI Team Rankings, released on Tuesday (August 23). India now have 111 rating points on the back of the 3-0 series win in Harare.

Pakistan too was rewarded for their recent series sweep against the Netherlands. The Babar Azam-led side eked out a hard-fought victory by a similar 3-0 in their Cricket World Cup Super League series, moving to 107 rating points and fourth in the standing.

New Zealand continue to reign supreme at the top of the table with 124 rating points following the Black Caps' narrow 2-1 series triumph over the West Indies, while England remain second with 119 rating points.

India's next chance to make further ground on the ODI rankings comes when they host South Africa for three ODIs, starting October 6. Pakistan, on the other hand, will now only play an ODI after the T20 World Cup in Australia later this year.

A loss against West Indies saw leaders New Zealand's nine-point advantage reduce to five. The Black Caps will have the opportunity to increase their lead when they take on trans-Tasman rivals Australia in a three-match series next month.

But a series loss against Australia could see New Zealand lose the top spot to England. Australia (101 ranking points), on the other hand, can overtake Pakistan if they fare well in the back-to-back home series against Zimbabwe and New Zealand.