India search for their perfect game against unpredictable Sri Lanka 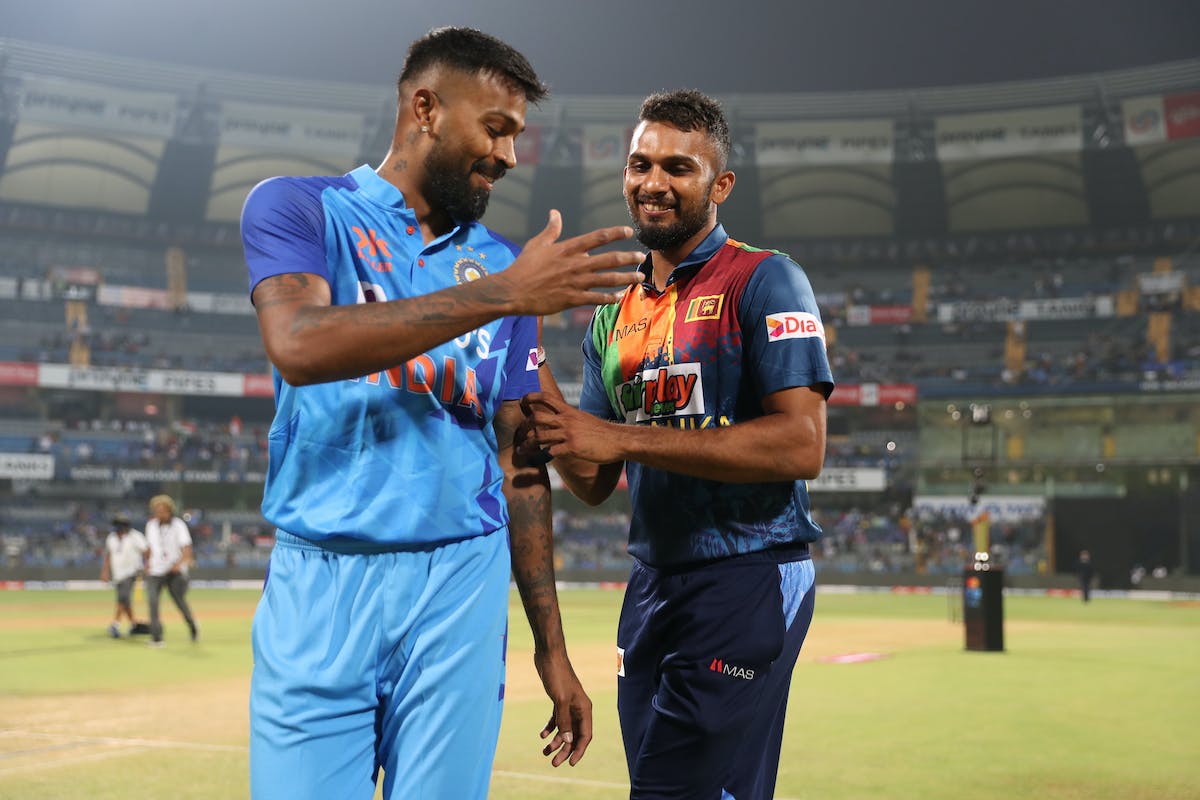 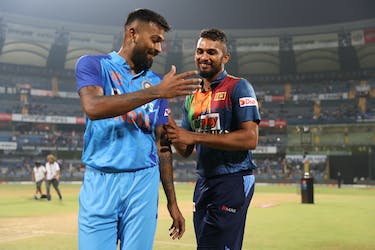 India search for their perfect game against unpredictable Sri Lanka

It was much closer than what India would have liked. There were many points in the first T20I where it felt the rest of the game is just a formality. The feeling that Sri Lanka were way behind in the game. But ball by ball, boundary by boundary, the visitors kept getting closer. Chamika Karunaratne misjudged the ball twice in the last over in anticipation of a wide which helped India trudge across the line to a 2-run win.

Sri Lanka stayed true to their nature of being unpredictable. Their Asia Cup victory surprised many while their T20 World Cup campaign was underwhelming. Not much was expected out of them in this three-match T20I series given their substandard record in India. They last defeated India in a T20I in India in 2016. Co-incidentally, that win came at Pune, the venue for the second T20I on the ongoing tour. If Sri Lanka maintain what they did in Mumbai with a little extra effort, the series can take an unforeseen turn.

Things to look out for

Death bowling continues to be a problem for India. In 2022, India splurged at 10.2 runs per over at the death, better than that of only South Africa and Bangladesh among the Test playing nations. The same death bowling helped Sri Lanka sneak into the game in Mumbai. The Men in Blue leaked 50 runs in the last five overs.

The biggest worry is Harshal Patel who hasn’t done justice to his role as a death bowler. Since June 2022, the 32-year old has conceded at an economy of 10.9 at the death while averaging 26.3 runs apiece for his nine wickets. The wickets are an afterthought at the death but the economy is the second worst among the 10 bowlers who have bowled 20 overs or more at the death in the last seven months. And he is clearly the most expensive Indian bowler in that list. 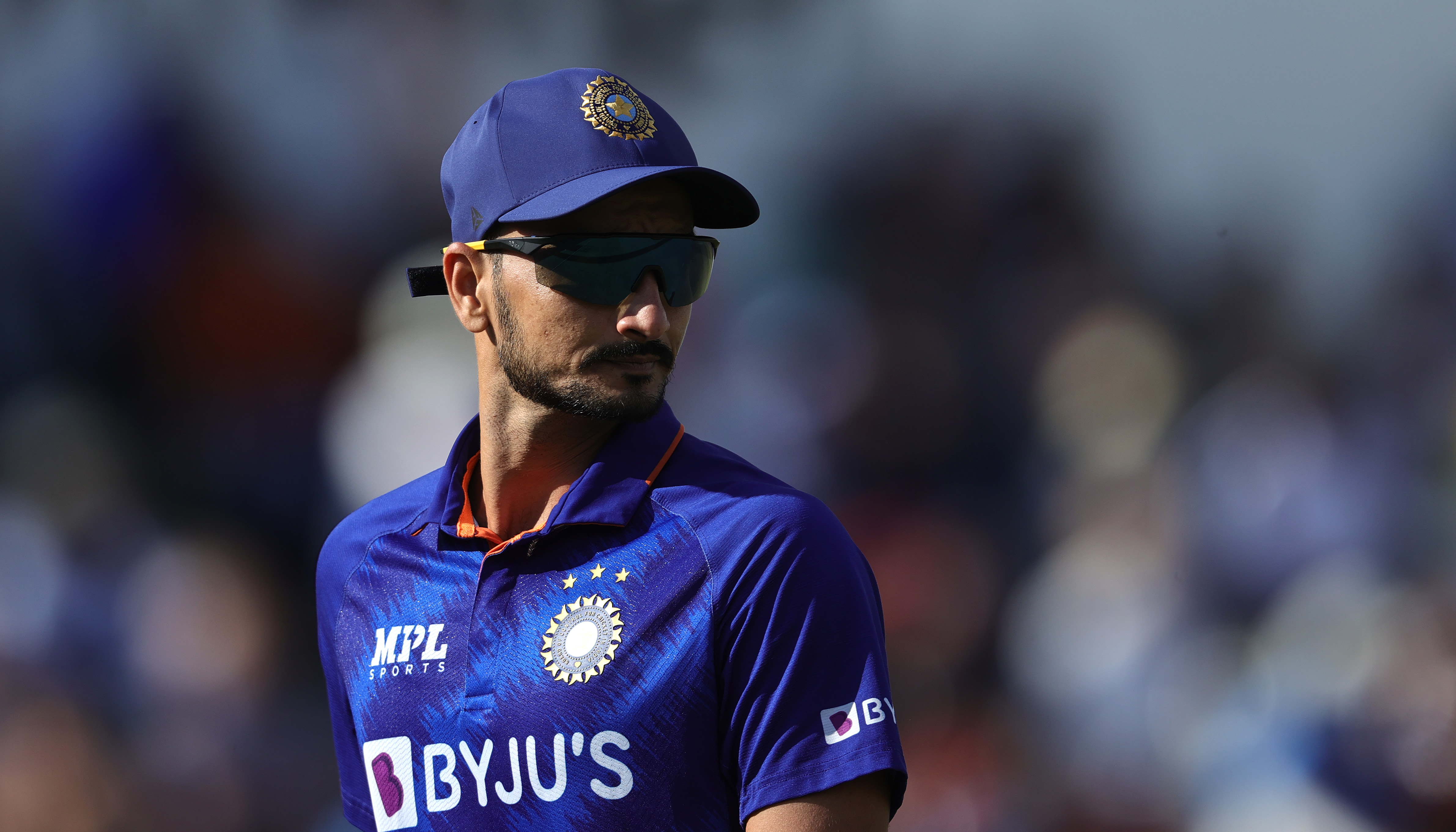 The variations have clearly not worked for Harshal while the dip that made him special in the IPL circuit has been absent when he is representing India. With Arshdeep Singh recovering from viral fever, Harshal is likely to get another game but he is treading on thin ice.

There is a similar situation around Yuzvendra Chahal. It was his second over - leaked 17 runs - which allowed Sri Lanka back in the game. Chahal didn’t bowl again and the question arises if India are struggling to find a role for the leg-spinner in their line-up. In 18 matches since June 2022, Chahal has gone at over 8 runs per over on eight occasions. Also, in eight games, he hasn’t completed his quota. The two players are a big question mark in how India frame their bowling attack moving forward.

ALSO READ: Time for India to move on from Harshal and Chahal

Sri Lanka would be wary of Bhanuka Rajapaksa’s form. The left-hander was an important cog in their Asia Cup triumph, averaging 47.8 at a strike-rate of 149.2 for his 191 runs. Since then, Rajapaksa’s numbers have been on a decline. The left-hander has only 135 runs (average 16.9, strike-rate 116.4) in his last eight innings. In the recently concluded Lanka Premier League, Rajapaksa managed only 95 runs across seven outings.

Pune hasn’t hosted a T20I since January 2020 but was witness to 13 games during IPL 2022. Traditionally, the conditions at Pune’s MCA Stadium offer a lot to the seamers in terms of early movement and true bounce. Sri Lanka took advantage of the same in 2016, reducing India to 53/6 within the first 10 overs with all the six wickets going to the pacers. 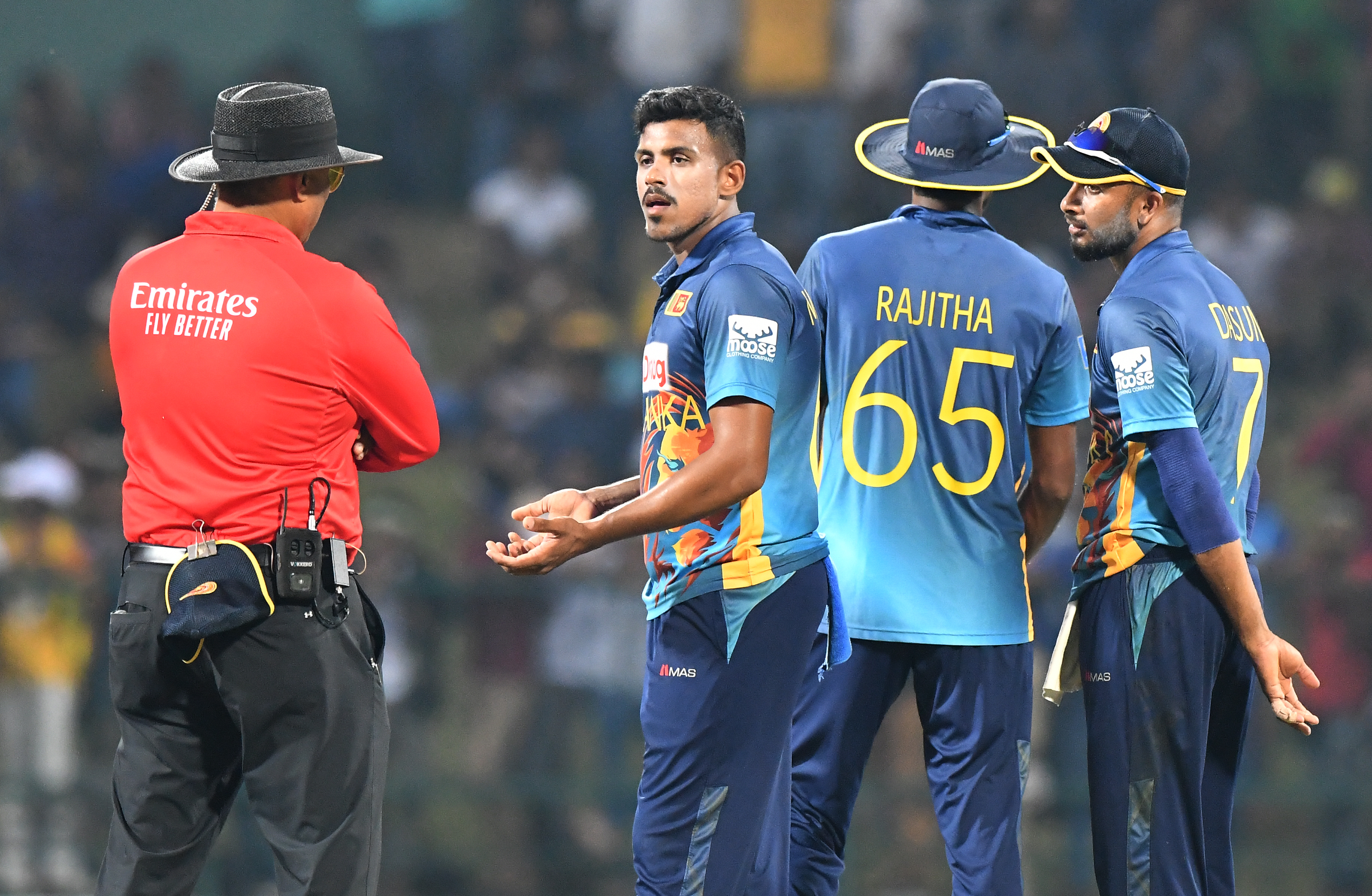 Spinners are a lot less effective which can work against Sri Lanka if the pacers are not able to take advantage of the moving ball. As is the norm, leg-spinners are more productive in terms of picking wickets while finger spinners are more economical here. If the conditions follow the usual standard, we can see a high-scoring game in the second fixture of this series.

- Sri Lanka have been using at least one over of Maheesh Theekshana in every game at the death. However, of late, the mystery spinner has proven to be quite expensive. In his last 10 games, Theekshana has an economy of 10.7 in 10.1 overs at the death. Will they continue using him in that role?

- Hardik Pandya has a strike-rate of only 76.5 against Wanindu Hasaranga and 87.5 versus Theekshana. While the sample size is low, Sri Lanka can ponder blocking Pandya from both ends with spin. It will be a shift from their usual plans of not using these two spinners in tandem.

Sanju Samson has not travelled with the side to Pune after suffering a knee injury while fielding in Mumbai. India can bring in either Washington Sundar or Rahul Tripathi. If Arshdeep Singh is fit, he can replace one of Umran Malik or Harshal Patel. The rest of the XI is expected to remain unchanged.

Kasun Rajitha went for 47 in his four overs in Mumbai. However, Rajitha picked 3/29 on his T20I debut in 2016 at this same venue which can fetch him another chance.