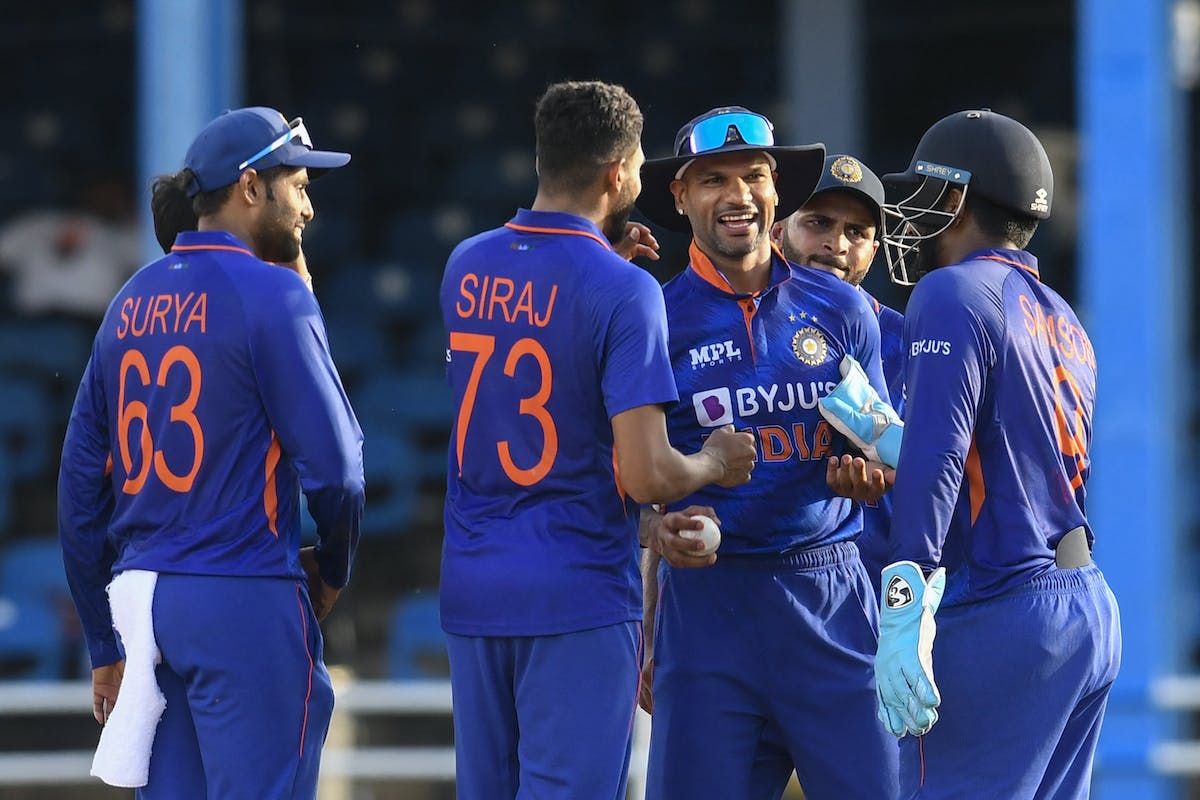 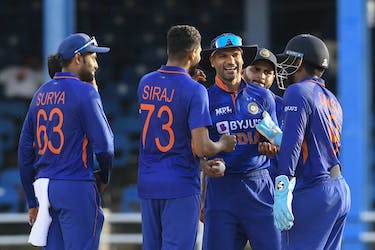 After being swept by South Africa away from home at the start of the year, India now having won eight of their last nine ODI matches

The Indian cricket team have maintained their third position in the latest men's ODI Team Rankings following the 3-0 series whitewash of the West Indies in their own backyard.

Despite missing a slew of first-choice players, the Shikhar Dhawan-led India showed they have plenty of depth waiting in the wings as they completed a sweep over the Caribbean side on Wednesday with an emphatic 119-run victory in the third and final match.

The triumph was India's third ODI series victory on the trot and saw them boost their rating to a total of 110 and some four rating points clear of arch-rival Pakistan (106), who is in the fourth place.

After being swept by South Africa away from home at the start of the year, India now having won eight of their last nine ODI matches . New Zealand sit alone at the top of the team ODI rankings with a rating of 128, while England (119) remain in second place despite their recent series loss to India and drawn series against South Africa.

Pakistan stay in the fourth place, with captain Babar Azam's side currently taking on Sri Lanka in an enthralling two-match Test series away from home. At the completion of the Test series, Pakistan will get their chance to make some ground on India and other countries sitting above them on the rankings, with a three-match series against the Dutch in the Netherlands next month.

India have their own three-game ODI series that will take place at a similar time, with a quick-fire tour of Zimbabwe during the middle of August.