It's India all the way in T20 international games

Neighbours India and Bangladesh clashed for the first time in the 2009 T20 World Cup at Trent Bridge on 6 June 2009. Led by Gautam Gambhir’s 46 ball fifty and a quick-fire 41 in 18 balls, with four sixes and 3 fours, from Yuvraj Singh, India reached 180/5 in their 20 overs. Despite a 22 ball 41 (3 sixes, 2 fours) from opener Junaid Siddique and a late order burst from Naeem Islam (28 in 17 balls, with three sixes) Bangladesh fell short by 25 runs. Man of the match and left arm spinner Pragyan Ojha’s 4/21 in four overs put in the breaks at regular intervals and did not allow the Bangladeshis to forge ahead at any stage of the match.

The sides have played each other in eight T20I games. India has been victorious in all eight. However, over the period of the time the head to head encounters have gone up a number of notches thanks to the theatrics displayed by Bangladeshi players and fans alike. Although they are yet to win a single of the eight T20 internationals they have managed to hang on in some of their close games and there have been some memorable encounters and exciting finishes. Two of them stand out.

The World T20 encounter in March 2016, between the two sides has remained one of the closest in the history of the championships. Winning the toss, at the Chinnaswamy Stadium at Bangalore, Bangladesh bowlers restricted favourites India to just 146/7. It was only for the small but significant contributions from Suresh Raina (30), Virat Kohli (24) and Shikhar Dhawan (23) that allowed the home side to reach a total that allowed their bowlers a fair chance to defend. Captain Mashrafe Mortaza and Shakib Al Hasan stood out in the bowling department with figures of 0/22 and 1/23 respectively in their four overs. The Bangla side began positively, thanks to Tamim Iqbal’s 35 in 32 balls (5 fours) and Sabbir Rahman (26 in 15 balls). By the end of the 19th over Bangladesh were 136/6, then needing 11 runs in six balls, with four wickets remaining. At the crease were their most experienced players Mahmudullah (17 in 20 balls) and never-say-die spirited Mushfiqur Rahim (3 in 3 balls), when MS Dhoni after consulting Ashish Nehra handed over the ball to Hardik Pandya for the final over of the match. We then witnessed a bizarre but an exciting 40th over of the match:

19.1: Mahmudullah takes a single
19.2: Mushfiqur smacks a slower ball to extra cover boundary - FOUR
19.3: Mushfiqur scoops it past Dhoni to the fine leg boundary - FOUR
Bangladesh needed 2 runs in three balls, when all hell broke loose.
19.4: Mushfiqur pulls a short ball to mid-wicket – OUT!
19.5: Mahmudullah slogs a full toss to cover fielder – OUT!
19.6: Non-striker Mustafizur Rahman is run out while running a bye, thanks to MS Dhoni sprint to break stumps at batsman’s end – OUT!
India won by 1 run!

The next close encounter came at the Premadasa at Colombo on 18 March 2018. This was the final of the Nidhas Trophy – a final without the host participation. India winning the toss, fielded. But Bangladesh ran up a total of 166/8 thanks to an outstanding knock from Sabbir Rahman – 77 in 50 balls, with 4 sixes and seven fours and some late order contributions from Mahmudullah (21 in 16) and Mehidy Hasan (19* in 7). Leggie Yuzvendra Chahal (3/18) and offie Washington Sunder (1/20) were able to keep a tight control over the opponents. In reply, India were 98/4 in the 14th over when they lost Rohit Sharma for 56 in 42 balls (3 sixes, four fours), then still needing 69 in 40 balls. Then 52 in 30 balls, 44 in 24, 35 in 18 and 34 in 12, when Mustafizur bowled an outstanding over (the 18th) – a wicket maiden, that included just a leg-bye to Vijay Shankar and dismissed Manish Pandey off his final ball. But then when Dinesh Karthik hit Rubel Hossain for 22 runs (646024) off the penultimate over, India needed 12 off the last over from Soumya Sarkar. 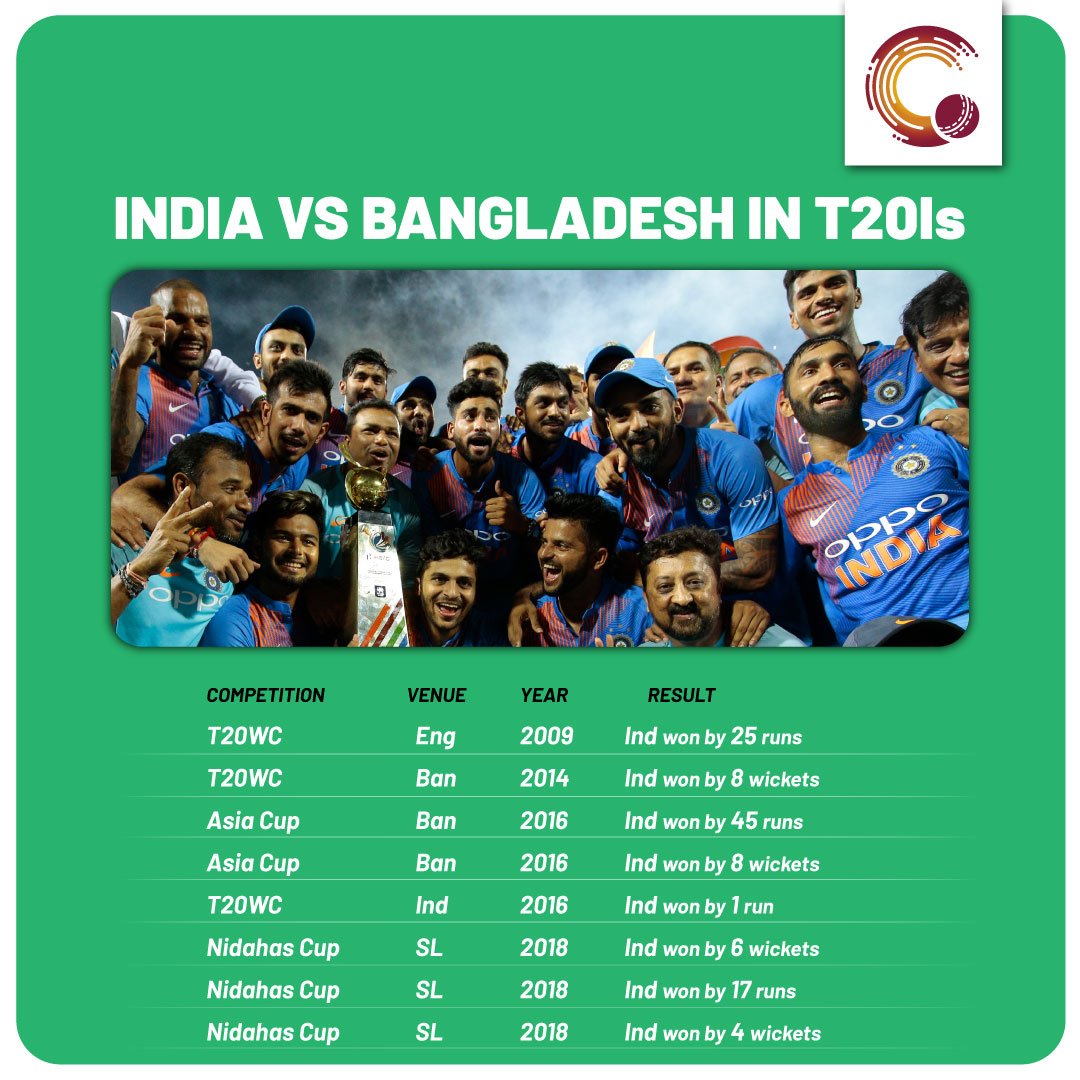 NEWS
'My time is over': Malinga signs off in style as Sri Lanka crush Bangladesh
Malinga claimed three wickets while Kusal Perera had earlier slammed a century.