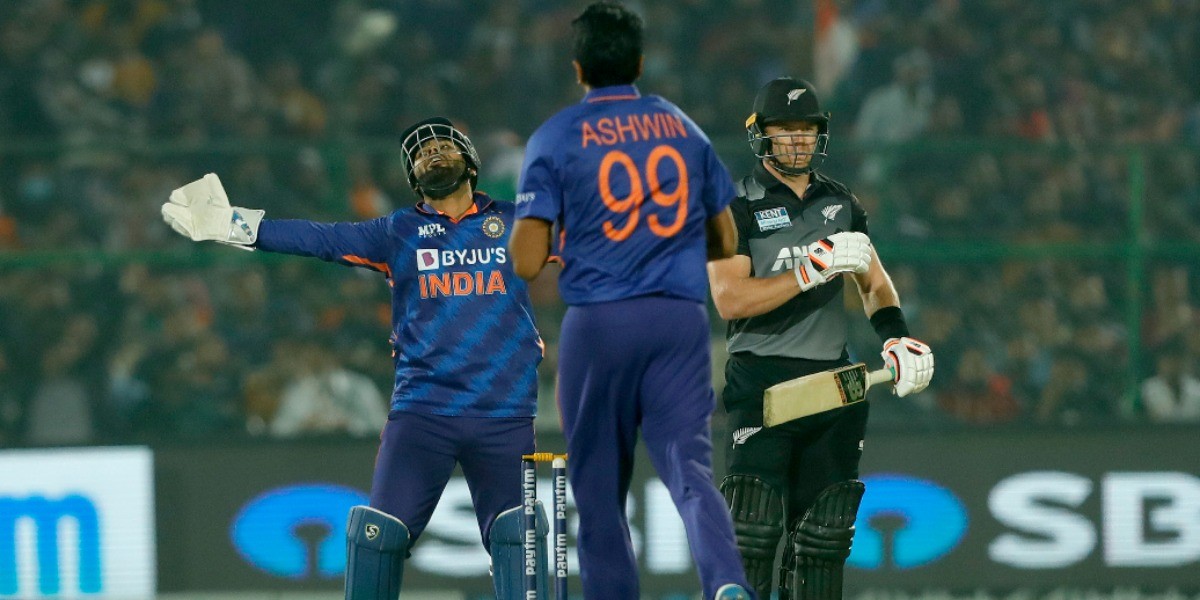 The Black Caps will look to keep the three-match series alive when they take on India in the second Twenty20 International at the JSCA International Stadium Complex, Ranchi on Friday (November 19). The hosts defeated New Zealand by five wickets in Jaipur and took a 1-0 lead in the series. 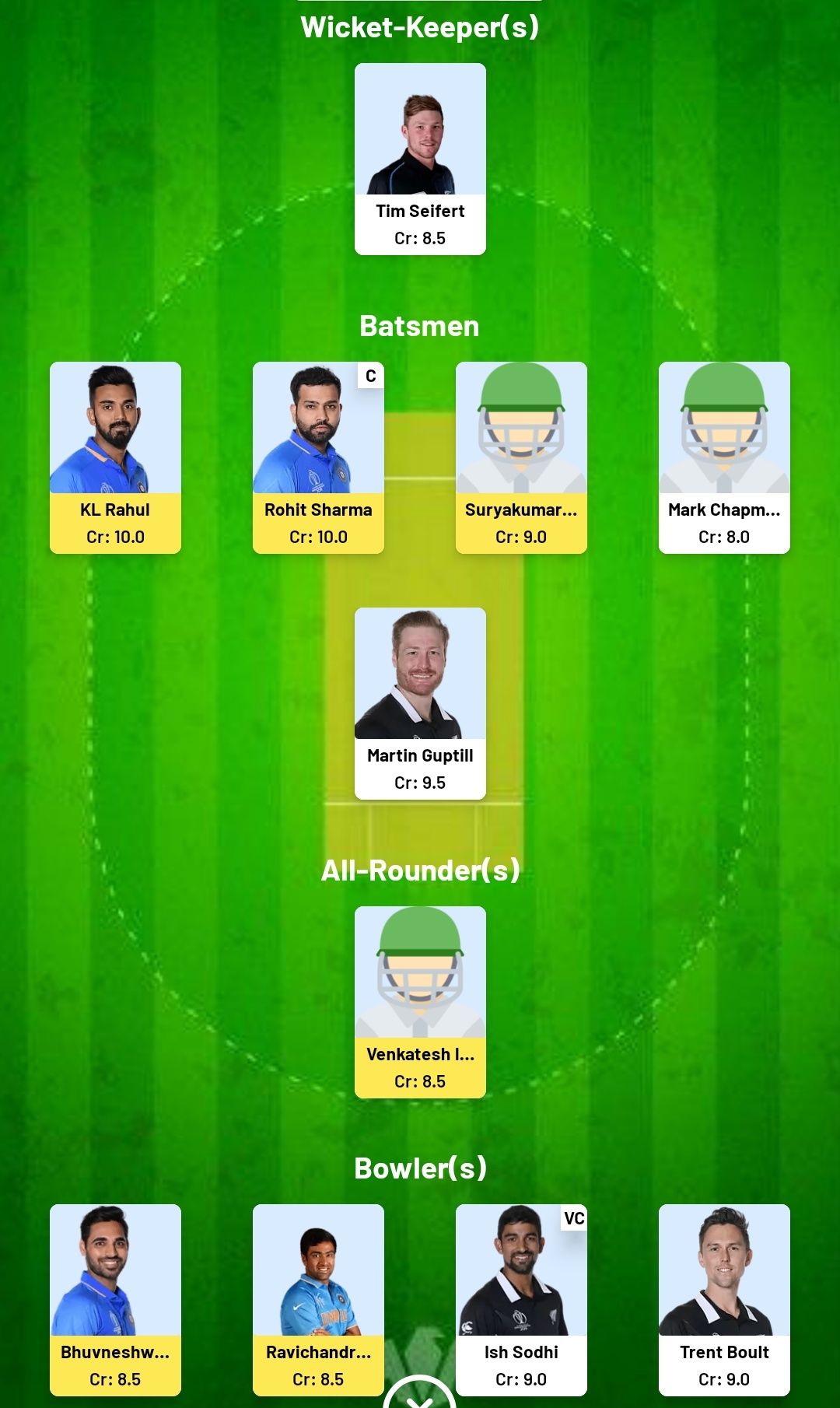 The JSCA International Stadium Complex in Ranchi has only hosted two T20Is so far and the batters here have scored runs at an average of 20.4 and have lost a wicket every 16 deliveries. The spinners do enjoy bowling here and it would be ideal to have at least two of them in your XI. Ish Sodhi was rested for the first encounter but will probably be back for this game. Mohammed Siraj (injured) most probably won’t be available for this match, so you could also pick one of Avesh Khan or Harshal Patel in your team.

Rohit Sharma only managed 14 runs in the first two encounters of the T20 World cup but then slammed scores of 74, 30 and 56 in the next three games. Even in the first T20I, the right-handed opener smashed 48 off 36 deliveries and got India off to a super start. India’s new T20I skipper will look to carry forward his form and seal the series in Ranchi.However, he will have to be watchful against Trent Boult who has dismissed him four times in this format.

Our Criclytics Player Projector predicts Rohit Sharma to score 38-56 runs in this match.

R Ashwin has been in superb form ever since making his return to the T20I set-up. The offspinner didn’t play the first two encounters of the 2021 T20 World Cup but picked up six wickets in the remaining three games. He even picked two wickets in the same over in the first T20I against New Zealand and finished with figures of 2/23. The surface at Ranchi is known to provide some assistance to the spinner and Ashwin could once again prove to be a handy pick.

Our Criclytics Player Projector predicts R Ashwin to take 2-3 wickets in this match.

Martin Guptill didn’t have a great record against India prior to the first T2OI, but when his team needed him to fire in the absence of Kane Williamson, the right-handed opener didn’t disappoint. Guptill smashed three fours and four maximums in his 42-ball 70 and emerged as the highest run-getter from the first game. He has played nine T2OIs in India and has scored 261 runs at an average of 29 and a strike rate of 138.8.

Our Criclytics Player Projector predicts Martin Guptill to score 27-41 runs in this match.

Ish Sodhi was rested for the first T20I but is most likely to feature in the second encounter. The legspinner has a superb record against India in the shortest format of the game, having picked up 19 wickets in 13 games at a strike rate of 14.8.

Our Criclytics Player Projector predicts Ish Sodhi to take 0-1 wickets in this match. 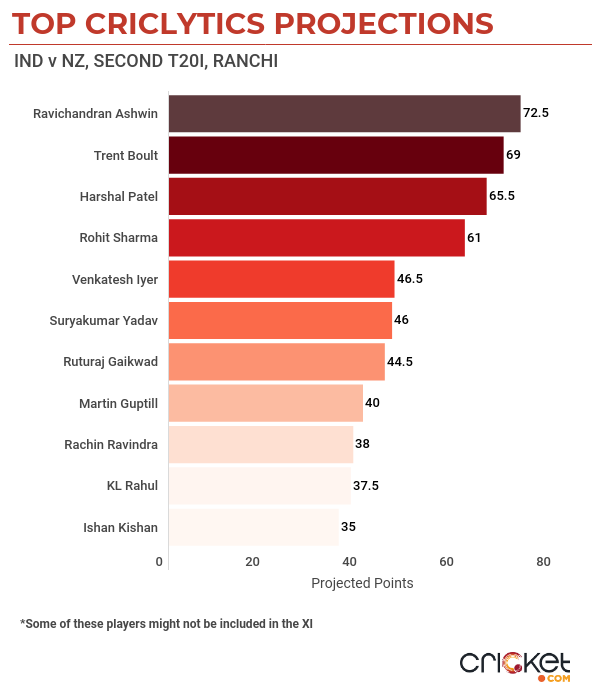