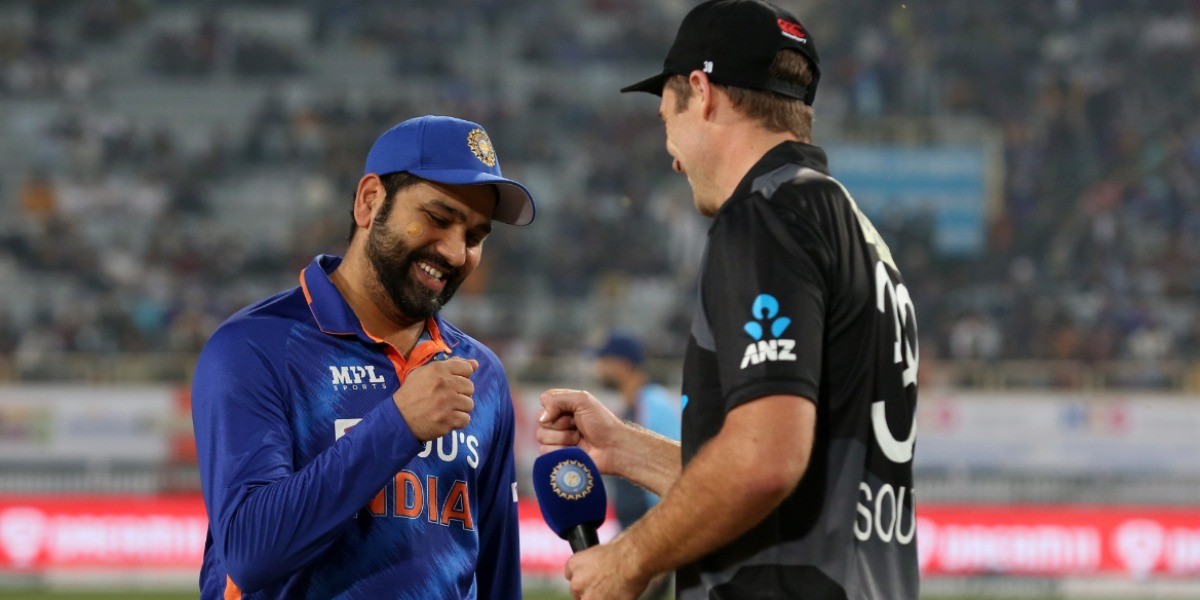 Now that the series is done and dusted, with India comfortably gaining a 2-0 lead in the three-match series, it would be an opportune time to test out the bench strength, considering the tough T20 World Cup next year. Multi-format players like KL Rahul, Axar Patel and Rishabh Pant might have a rest ahead of the two-match Test series against the BlackCaps.

Cricket finally returns to the Eden Gardens, after a long gap, making the venue a perfect host for both teams to finish the series off. What to expect from the venue, the teams and who would be the top picks for your fantasy team?

The last clash for India at the venue was in 2018, when they won against the visiting West Indies side by five wickets. Since 2019, the average run/wicket at the venue is 23.9, at a strike-rate of nearly 137.2, which shows that it has been a good surface for batters. The average first innings score, however, has been 137, which indicates that it is yet another ‘win the toss, chase’ kind of venue. 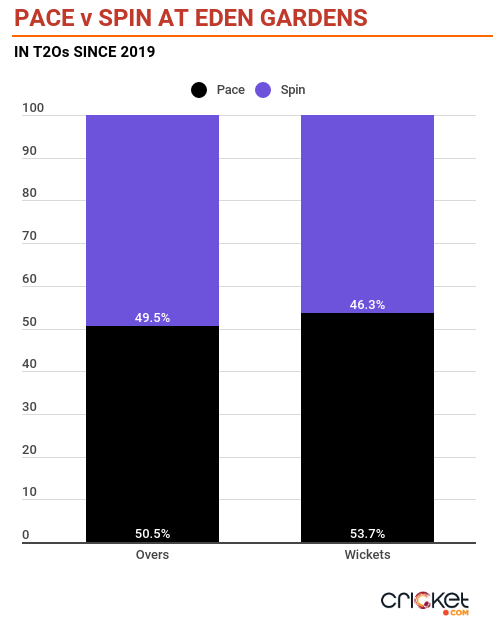 But interestingly enough, out of the last 44 matches at the venue, only 21 has been won by teams chasing, which makes the toss a good one to lose. The only consideration, however, would be dew, a factor that played a significant part in the Ranchi encounter.

As a venue, Eden is slightly tilted to favour the pacers more than the spinners, with the pacers picking up 182 wickets, out of the 339 since 2019 (53.7%). On the other hand, spinners have picked up 157 wickets, conceding just 7.5 RPO, which results in 46.3% of the wickets. Either way, both teams are expected to play a similar setup in the third T20I. 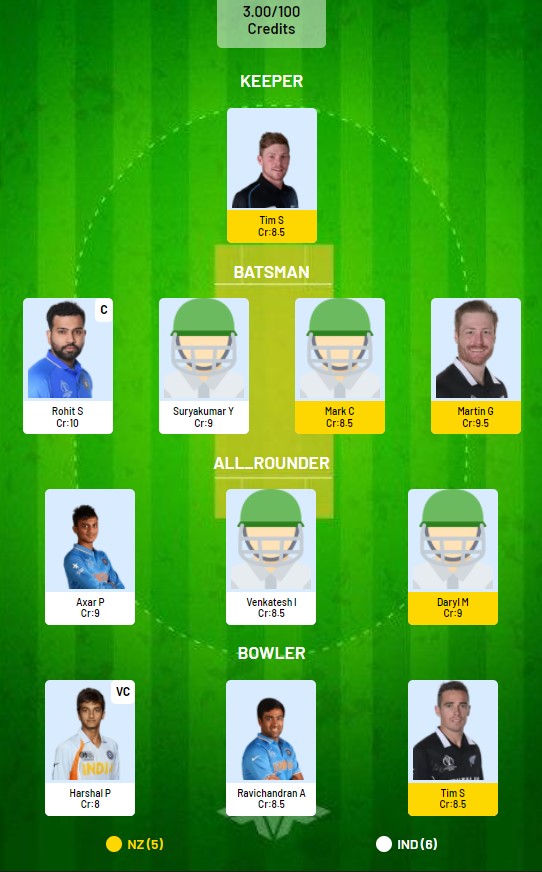 On the back of his red-hot form, it would be impossible to ignore Rohit Sharma as the skipper of your fantasy side. Considering that he won’t play any part in the two-match Test series that follows the T20I series, it is widely expected that the Indian opener would be one of the first names on the list. His run of form heading into this clash read, 74, 30, 56, 48 and 55: which shows that the right-hander is in prime form.

Criclytics predicts that the Indian skipper will score 42-64 runs in the third clash against New Zealand in Kolkata.

Suryakumar Yadav might have had the one-off bad game, in Ranchi but his form in the other games for India, at No.3, shows that he will be one of India’s X-factors at the Eden Gardens. At the venue, the right-hander batter has scored 342 runs, averaging 26.31, scoring at a strike-rate of 150.7, showing how he will be a valuable asset for the national team. Now alongside that, the Mumbaikar got himself up and running, with a 40-ball 62, scoring 94 points.

Ravichandran Ashwin keeps reinventing himself in the shortest format and that has indeed come as a surprise for many. Originally walking in as a replacement for Washington Sundar, Ashwin has been a massive X-factor in this Indian white-ball unit. Since his comeback, the spinner has picked up nine wickets in five games, including picking three in the last two clashes against New Zealand. Yet again, in Kolkata, he is expected to play a vital role for India.

Martin Guptill’s form has been sublime, since his knock against Scotland, where he apparently lost four kgs in the day encounter. In his last five appearances, the Kiwi opener has scores of 28, 4, 28, 70 and 31. His last two knocks, 70 and 31 came against India, showing how he has taken a liking to the Indian bowlers. With the conditions in Kolkata likely to be an aid for the batters, expect the Kiwi opener to get going. 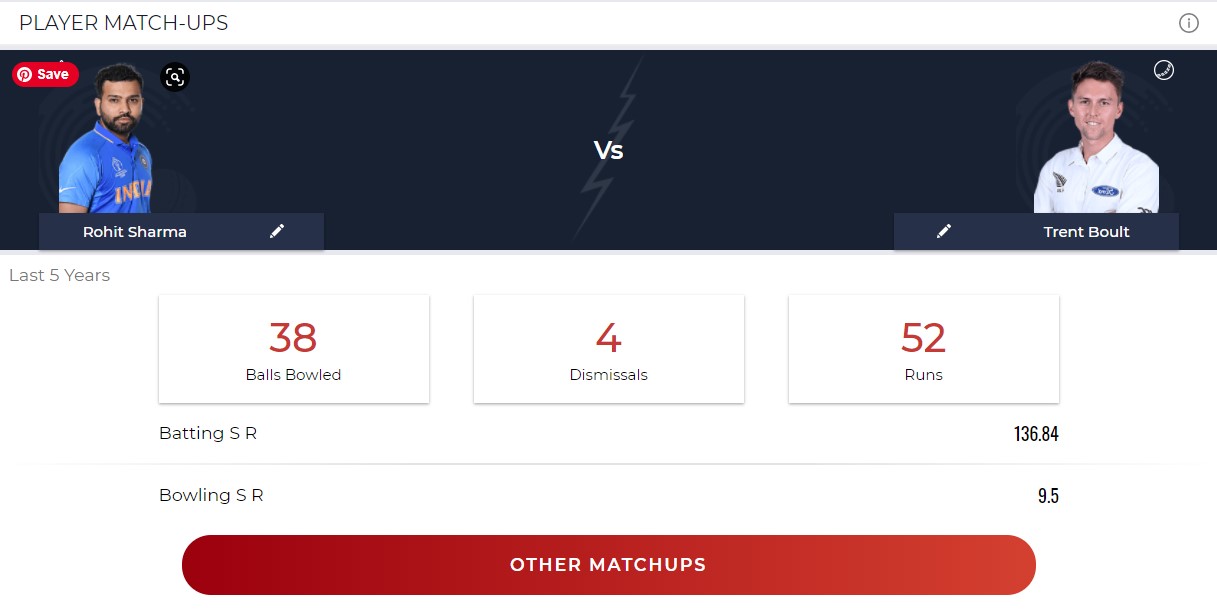 While Rohit Sharma might be in the best of forms, his battle against Trent Boult has always been a real treat to the eyes of the cricket fans. In 38 balls, Rohit has scored 52 runs against the Kiwi pacer while Boult has sent Rohit back four times. It is a battle that is really exciting: a batting strike-rate of 136.84 for Rohit and a bowling strike-rate of 9.5 for Boult, who will come out on top in Kolkata?