India v Pakistan: An intense rivalry that is now a fairly one-sided affair 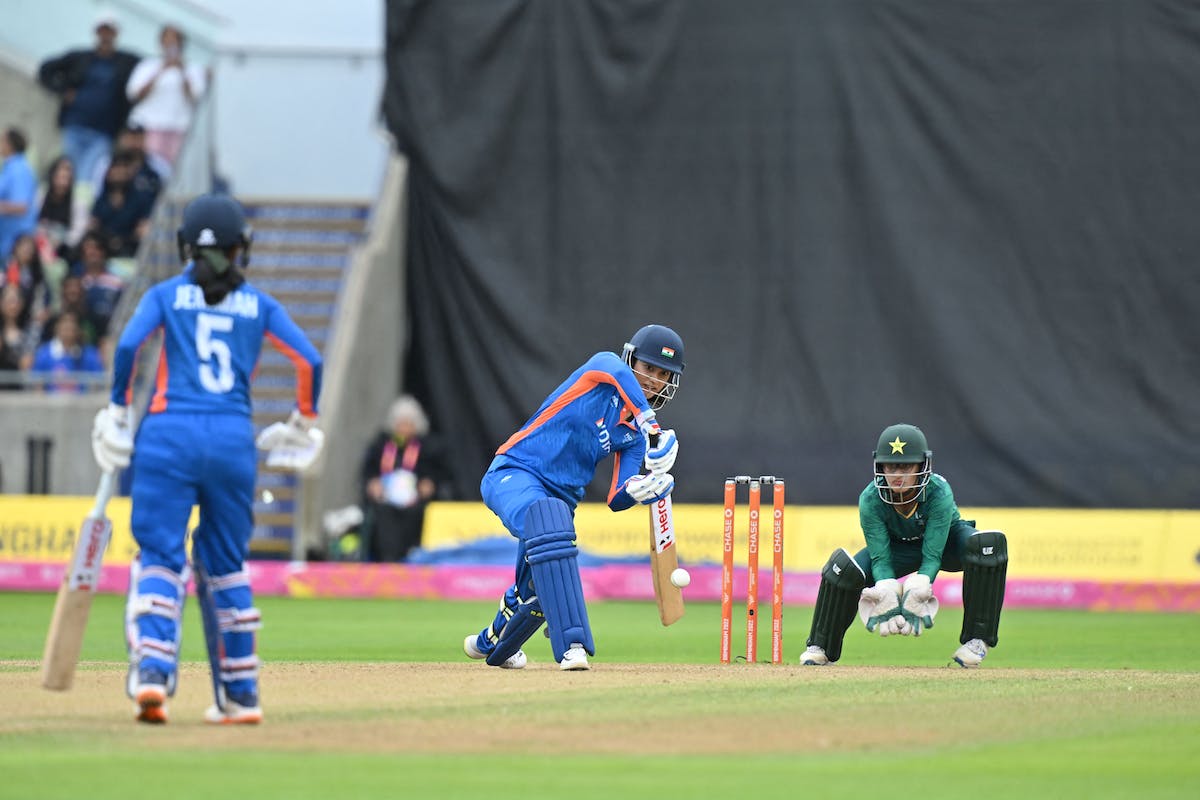 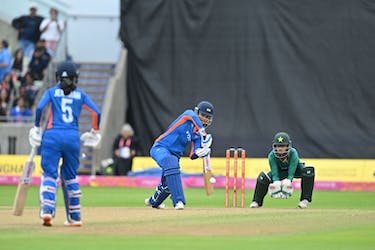 India v Pakistan: An intense rivalry that is now a fairly one-sided affair

Unlike the riveting matches among the male counterparts, the marquee clash in the women's arena has been dominated by the Women in Blue

It promised to be a Sunday blockbuster as the two oldest rivals, India and Pakistan, locked horns in Match 5 of the Commonwealth Games at Edgbaston in Birmingham.

However, if you have followed women's cricket closely in the recent past, it wouldn't be surprising for you to know that despite being one of the most anticipated clashes of this high-voltage competition, it was always going to be the game that would be dominated by India.

Over the years, in the 12 matches between the two sides, India have managed to win 10 games, which clearly indicates the glaring gap between the two teams and how cricket has developed in the two nations.

While India has been one of the most developing teams in the past decade and has slowly become a force to reckon with since the 2017 World Cup, the same cannot be said about their counterparts as they have struggled with personnel and domestic structures, leading to bare minimum growth.

And the league match of the Commonwealth Games showcased exactly that as India cantered to an eight-wicket win that helped them get their campaign back on track after a below-par performance against Australia in the opening clash.

The stage was set for a classic showdown between the two sides, as thousands of fans flocked to the stadium to support their team, along with a million others glued to their television sets.

However, their spirits dampened as relentless showers in the morning of the game resulted in a delayed start to the proceedings. With the English summer known to be notorious, we were in for a rollercoaster ride as the two sides waited patiently for the match officials to go about their business. 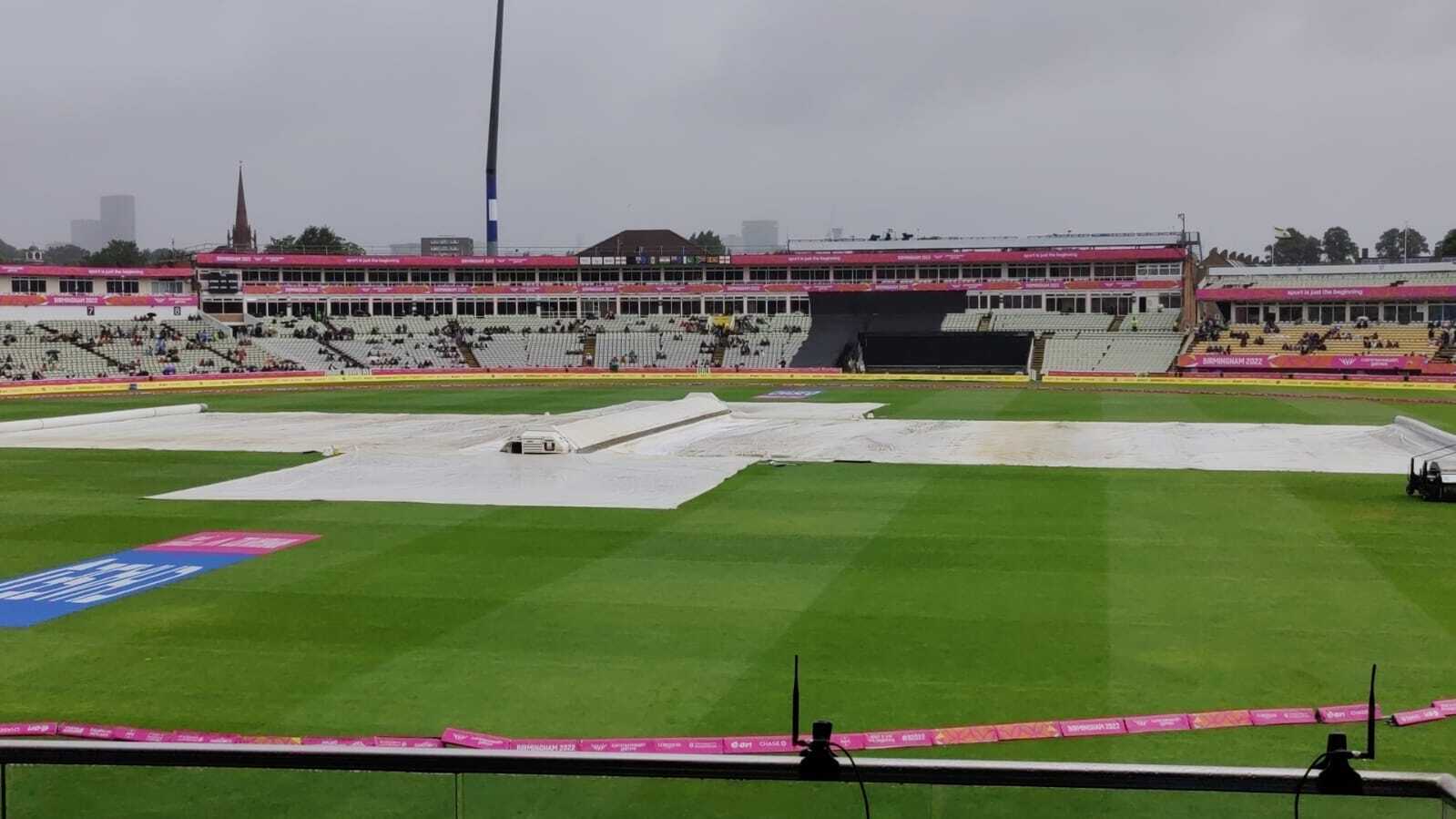 And after almost an hour's delay, we were all ready for the all-important coin toss.

With overcast conditions and the pitch under covers for most of the day, and the forecast suggesting rain interruptions, it was baffling to see Bismah Maroof win the toss and elect to bat first.

Ideally, in such a situation, the captains would be happy to bowl first and make optimum use of the conditions on offer and also have an idea about the runs that need to be chased in case of a shortened game.

Hindsight is a beautiful thing, and Pakistan would be having a hard look at the tactical blunder they made as the opening combination of Muneeba Ali, and Iram Javed struggled to get going in the powerplay.

Two sides on opposite ends of the spectrum

Over the past couple of years, Pakistan have struggled to find the ideal opening combination to help the team get off to a flying start in the powerplay.

And this game was no different as Renuka Thakur and Meghna Singh pitched the ball up and troubled the openers with the swing on offer in the first two overs.

In a rain-curtailed game of 18-over per side, Renuka started with a maiden to kickstart the proceedings, while Meghna bowled two dot deliveries and scalped the wicket of Javed to dent Pakistan early in the innings. 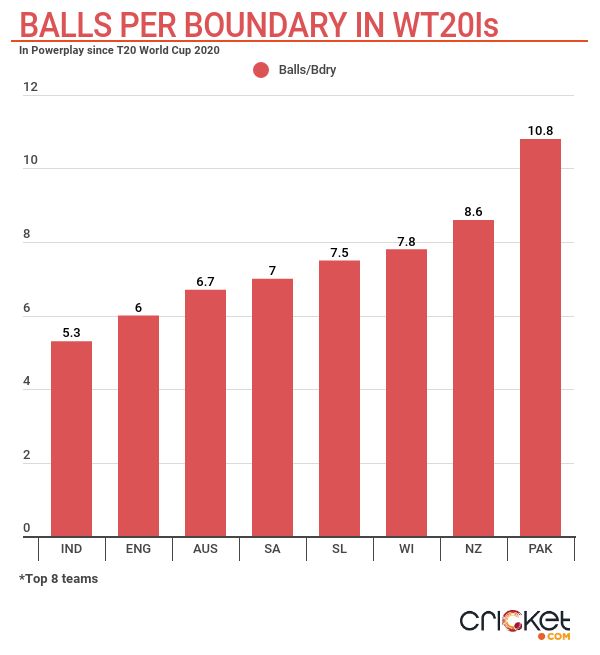 The Pakistan side took 10 deliveries to get off the mark, which is an area of concern for the team management heading into the last game and also for future tournaments.

One of the significant reasons for this consistent growth of the Indian team is the steady opening combination of Smriti Mandhana and Shafali Verma. The duo have opened for the Women in Blue in 31 matches and scored 970 runs at an average of  31.2 and a strike rate of 136.6.

In pursuit of 100, they forged a crucial 61-run stand for the first wicket and laid a solid foundation for the side. En route to this stand, the southpaw displayed an array of strokes to enthral the crowd by scoring her 15th half-century and leading India to a comprehensive win.

The opening combination has been one of the most destructive pairs in recent times, and they have managed to time and again help the Women in Blue get off to a blazing start in the powerplay.

The curious case of Sneh Rana

While the game was pretty much decided in the powerplay of both the innings, there was another player in Sneh Rana, who weaved her magic in the middle overs to dent Pakistan with crucial blows.

The off-spinner was making her comeback in the playing XI after being dropped for the first game against Australia and created an immediate impact as she scalped the well-set duo of Bismah and Muneeba in the span of four deliveries. 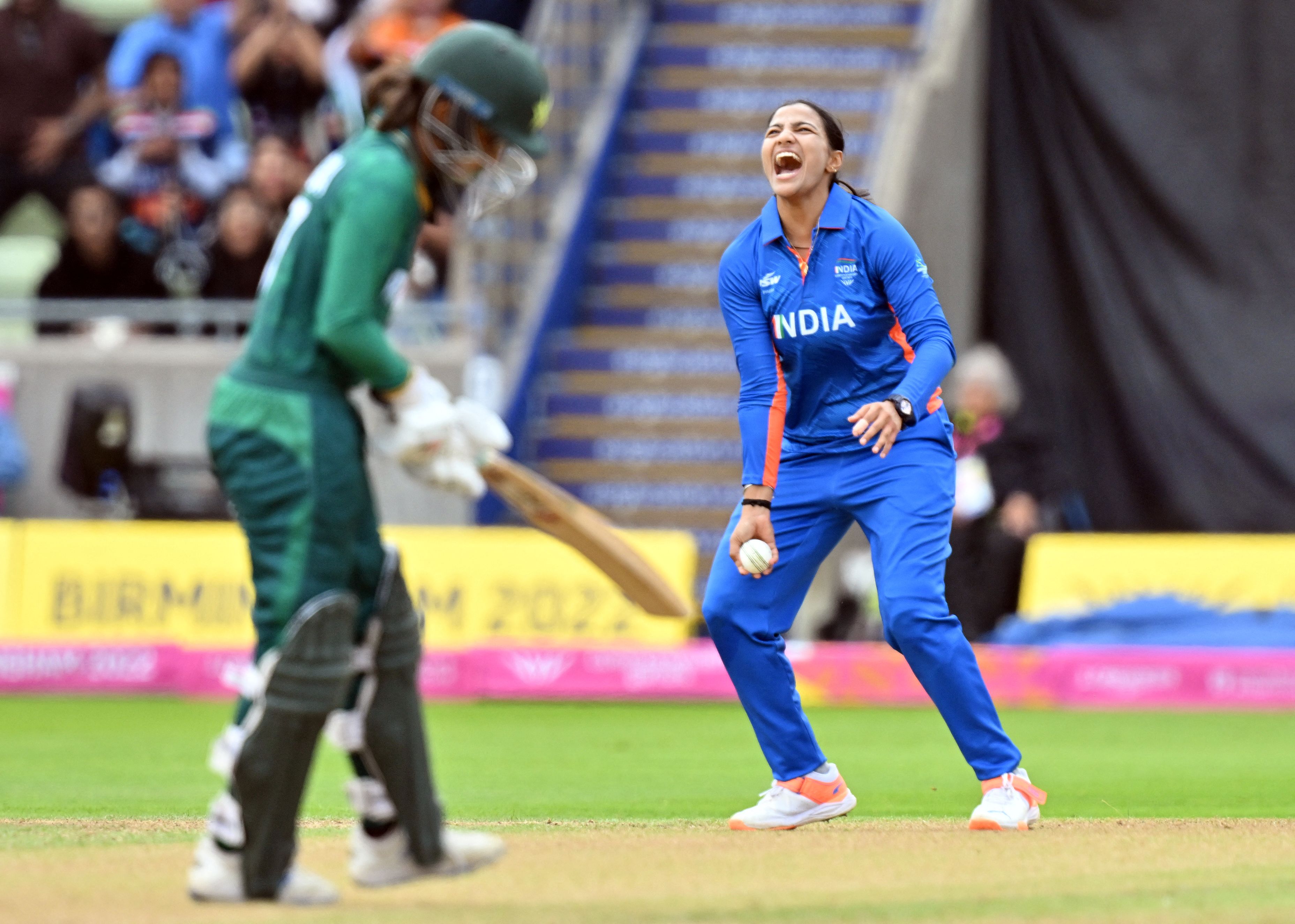 The 28-year-old rattled the batting unit of the opposition and finished with figures of 2 for 15 in her four-over spell. While her exploits helped India bundle out Pakistan for 99, it was surprising to see her warm the benches in the first game.

With Pooja Vastrakar not available for selection due to Covid-19, Rana was the ideal replacement for her in the lower middle order considering her ability with the bat and on the field.

The all-rounder has been the find for the Indian side ever since her comeback, and her exclusion from the side surely raised plenty of eyebrows.

While India missed a trick by not having her in the XI for the opening clash, her inclusion for the games going forward, along with Vastrakar's availability, makes India a lethal side heading into the back end of the competition.