Indian Premier League 2022: The season of firsts in an IPL edition 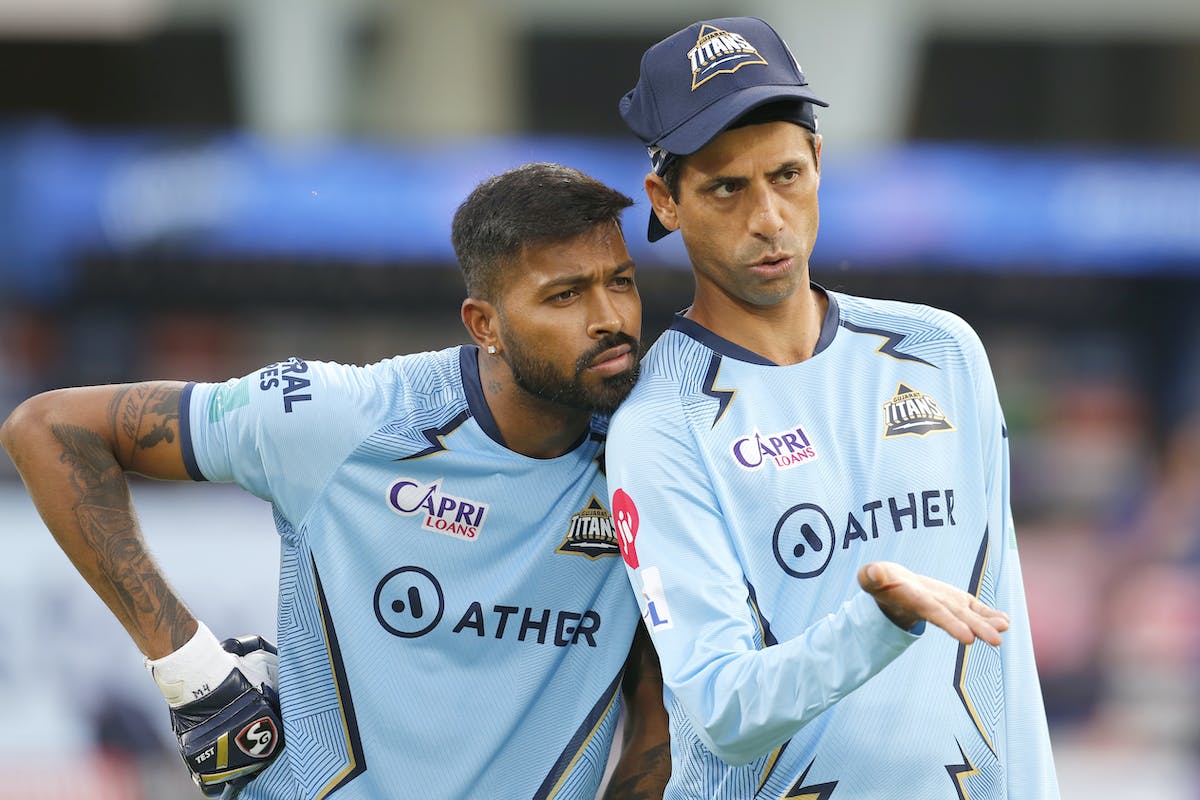 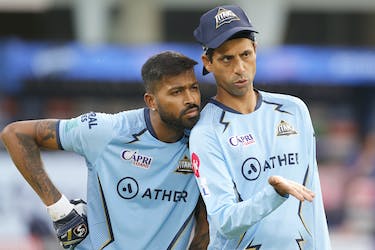 Indian Premier League 2022: The season of firsts in an IPL edition

The extravaganza provided plenty of excitement in the two months of riveting action, we take a look at the records that tumbled for the first time in this edition

Over the years, the Indian Premier League has enthralled the fans with games that have gone all the way down to the wire, and this edition was no different. With the addition of two new teams and the mega auction ahead of the season, there were plenty of changes to the personnel of each franchise, making this season one of the most awaited editions of the competition.

And well, after 74 high-octane games and two months of exhilarating action, the tournament has a new champion as the newly-inducted Gujarat Titans produced consistent performances all through the league to etch their name in the glorious history of this league.

As we come to the end of yet another successful season involving the top domestic players along with the international stars and with the dust finally having settled on the competition, we take a look at some of the instances that have occurred for the first time in a season across 15 years.

With ten teams vying for the coveted trophy, this edition of the IPL witnessed a record number of sixes being hit by the teams. A total of 1062 maximums were smashed, which is the most in a single edition of the IPL. 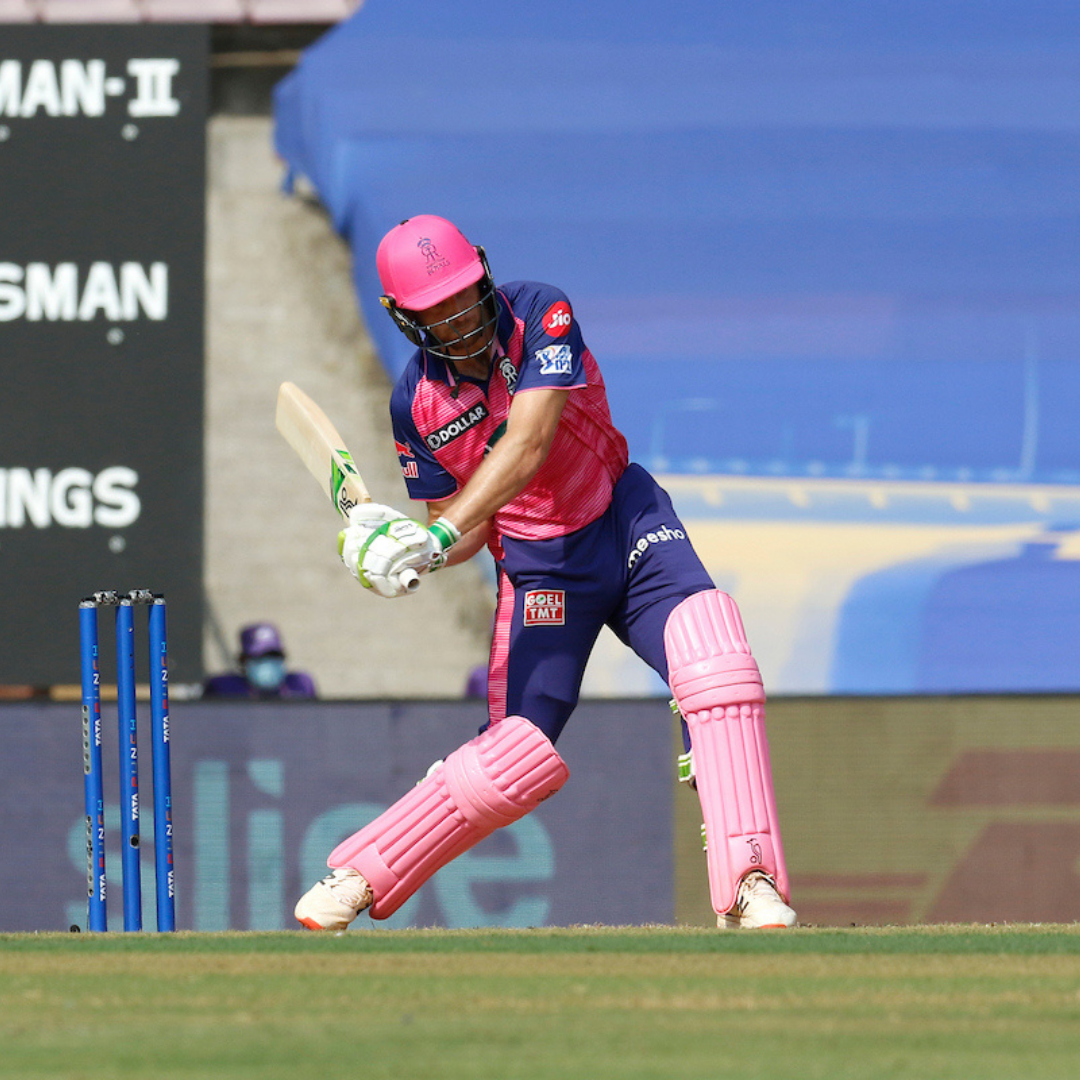 In fact, this is the first time when an IPL season has witnessed over 1000 sixes. Jos Buttler of the Rajasthan Royals cleared the boundary ropes on 45 occasions, which is the most, followed by Liam Livingstone with 34 hits over the fence.

First season without a 50+ score for Rohit

The skipper of the Mumbai outfit, Rohit Sharma, endured a dismal outing in the competition and managed to score only 268 runs in 14 innings at an average of 19.14, which is the lowest for him in a season with a minimum of five innings. 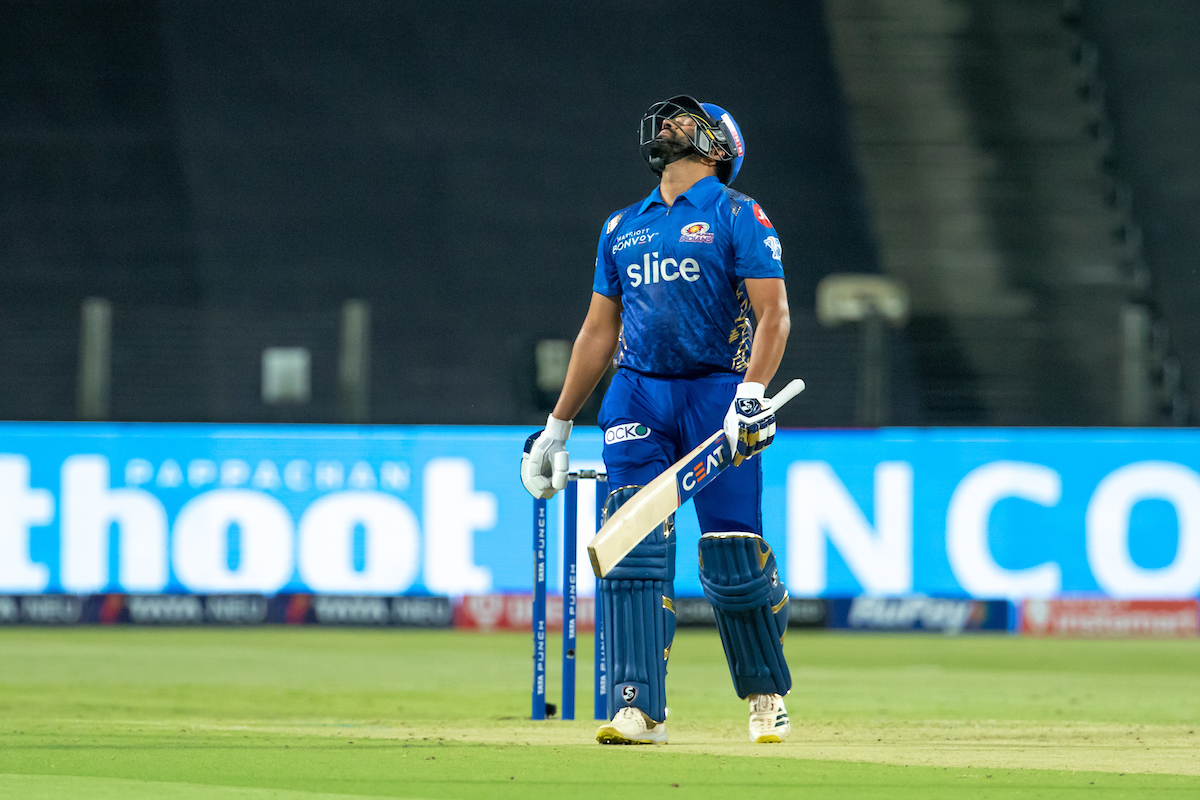 This is also the first time in his IPL career that the 35-year old has not scored a single half-century, adding to the woes of Mumbai's batting muddle.

One of the most dominating sides in the history of IPL, Mumbai Indians, have been horrific this season and lost 10 out of their 14 league matches to finish at the bottom of the table.

The five-time champions started the tournament with eight successive defeats, which is the most number of consecutive games lost by a team at the start.

Ever since the inception of the IPL, this is also the first time Mumbai have finished at the bottom of the table, adding yet another record that Rohit and the team management would want to erase from their memory.

In a league match against the Knight Riders, Jasprit Bumrah wreaked havoc by picking up his maiden five-wicket haul to derail the batting unit of the boys in Purple and Gold. 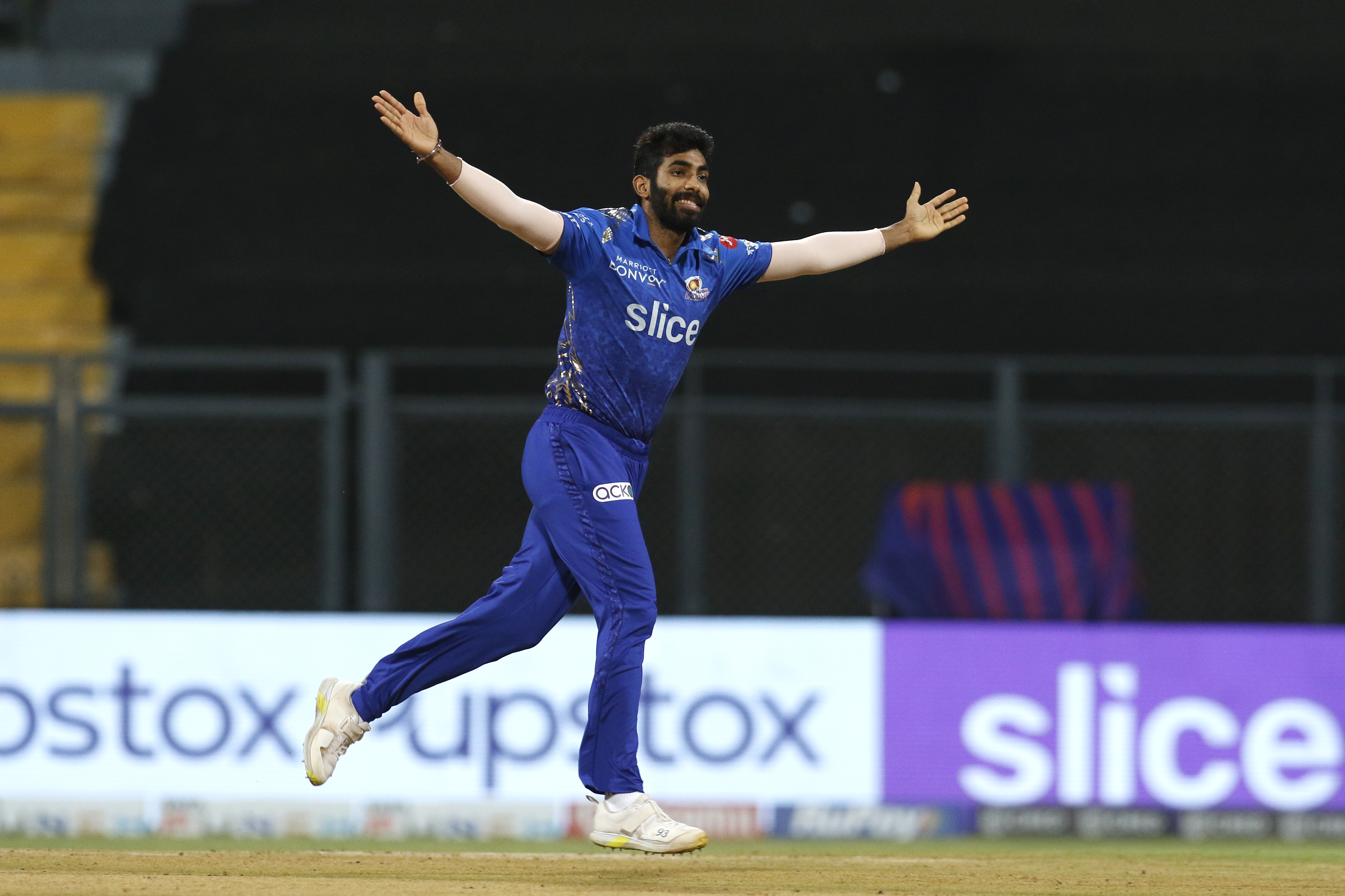 The right-arm pacer scalped five wickets for 10 runs in his quota of four overs at an economy rate of 2.5 runs per over to help Mumbai restrict the opposition for 165 runs in the first innings. His first-ever, five-wicket haul in T20s.

First season with a 5-wicket haul against Kolkata

While Bumrah was the tormentor in chief for Mumbai against the Knight Riders, the Shreyas Iyer-led side were rocked by a magical spin bowling masterclass by Yuzvendra Chahal earlier. 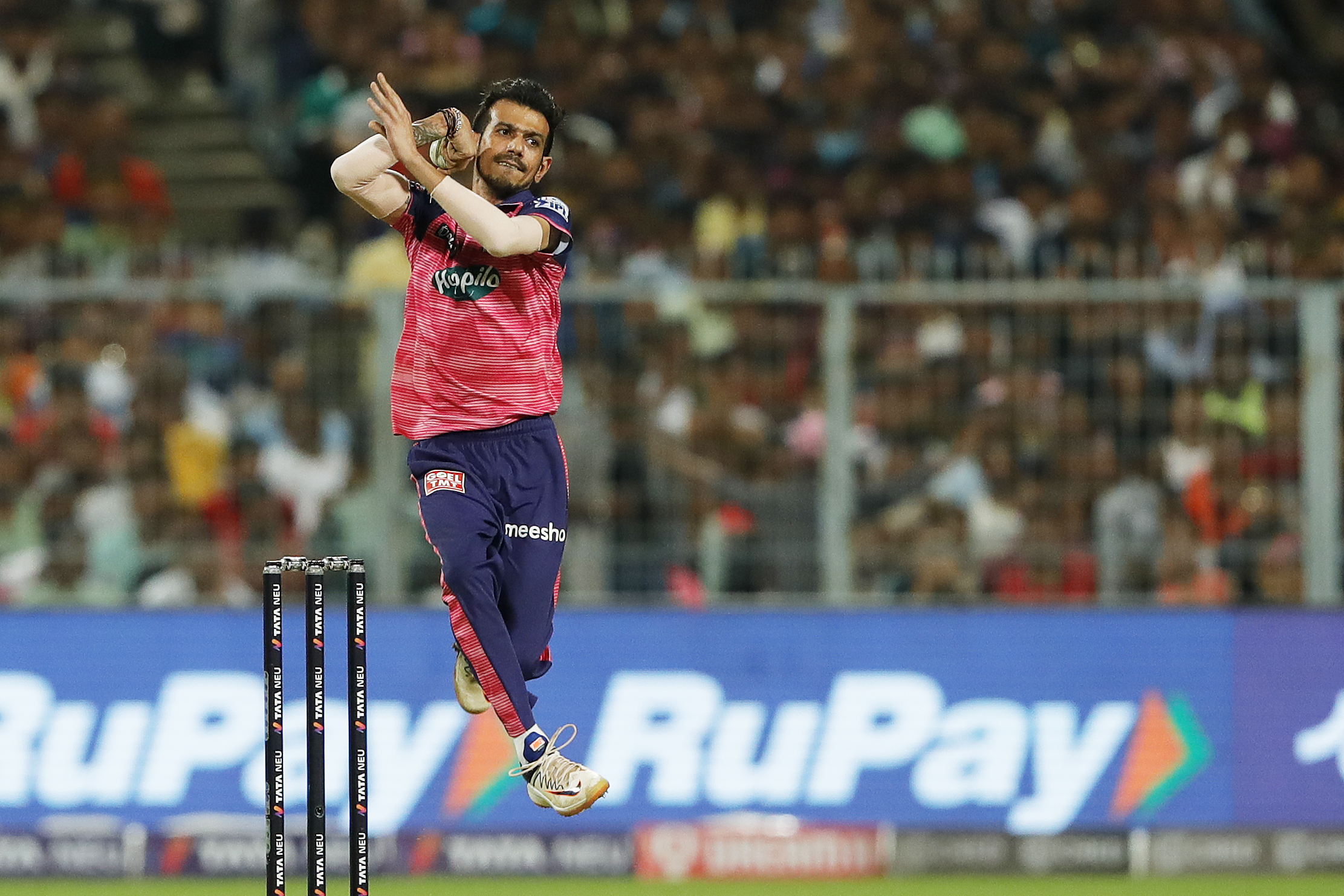 The leg spinner scalped his maiden five-wicket haul, which also included a hat-trick to help Rajasthan edge past the Knight Riders in a high-scoring thriller.

This was also the first time a bowler has ever picked a five-wicket haul against Knight Riders since the inception of the IPL.

Coincidentally, this was also the first-ever five-wicket haul for Chahal in the IPL. Prior to this match, his best spell of 4/25 also came against Kolkata while playing for Bangalore in 2016.

First final without a 50+ score

Across the 14 seasons of the IPL, prior to this, in each of the Finals, there had been at least one batter who had scored a 50+. However, this season witnessed the first-ever Final without a 50+ score by a batter. Shubman Gill with an unbeaten 45 off 43 balls, was the highest runs scorer in the Finals.

When Gujarat Titans announced Ashish Nehra as the Head Coach of the franchise, there were a few eyebrows raised on the appointment, considering Nehra does not have any formal training as a coach.

However, the 43-year old proved his critics wrong by helping the Titans clinch the iconic trophy. The Titans produced dominating performances from the start to rewrite their name in the record books as the IPL Champions.

This was the first instance when an Indian coach has won an IPL title in 15 years as a Head Coach of a franchise.