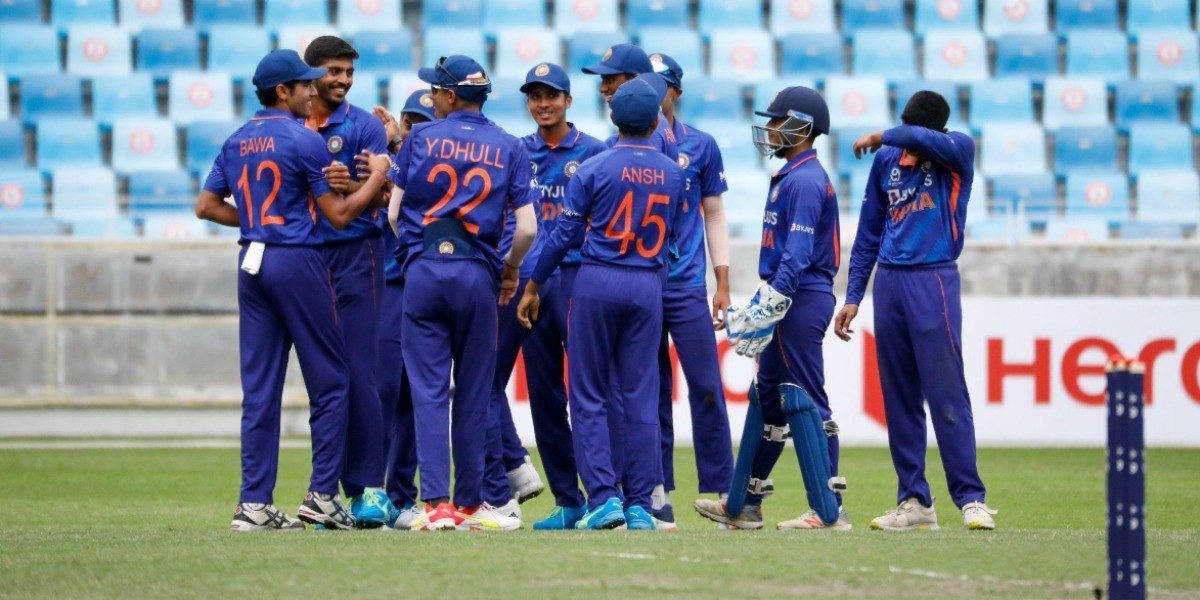 India were set a revised 102-run target via the DLS method which they reached in 21.3 overs with opener Angkrish Raghuvanshi scoring an unbeaten 56 off 67 balls

The India U19 team, led by Yash Dhull, reaffirmed their supremacy in the continental age-group meet with a record eighth title as they hammered Sri Lanka by nine wickets in the rain-hit summit showdown in Dubai on Friday. NCA head VVS Laxman feels the Indian Under-19 team's Asia Cup title triumph becomes more praiseworthy as it came despite the players' preparations being hit by inclement weather in the run-up to the tournament.

"Congrats to the India U-19 side on the #AsiaCupU19 triumph! Their preparations were hit by the weather, among other things, but it's heartening to see them improve by the game. That's as satisfying as the title win itself. Ideal confidence-booster for the World Cup," Laxman tweeted.

In the final, the Indian bowlers were all over Sri Lanka, who were gasping at 74 for seven in 33 overs, when heavy rain lashed the Dubai International Cricket Stadium and stopped play for more than two hours. It became a 38-overs-a-side contest when play resumed with Sri Lanka limping to 106 for nine.

India were set a revised 102-run target via the DLS method which they reached in 21.3 overs with opener Angkrish Raghuvanshi scoring an unbeaten 56 off 67 balls. BCCI president Sourav Ganguly and secretary Jay Shah too congratulated the team on its victory.