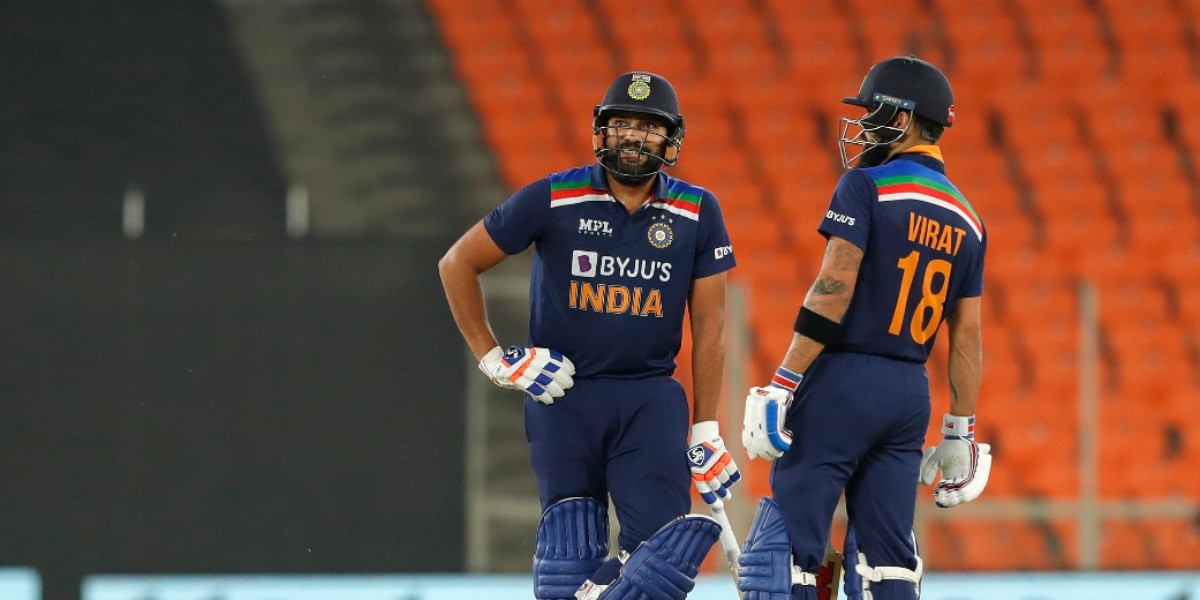 India edged past West Indies, Australia and Bangladesh in their last five deciders in limited-overs cricket

India go into the third One-Day International (ODI) against England with the three-match series level at 1-1. India successfully defended 317 in the first ODI, but England bounced back strongly in the second game, chasing down 337 with utmost ease. Will India emerge victorious? Recent history is certainly on their side, having won each of their previous five series-deciders in white-ball cricket. Here’s a quick recap:

Just recently, the five-match T20I series between India and England was nothing short of a roller-coaster ride. England first went 1-0 up and then took a 2-1 lead, putting themselves in the driver’s seat. However, India pulled up their socks in the last two matches – winning the fourth match by eight runs, thanks to an explosive innings from Suryakumar Yadav, and in the series-decider, Virat Kohli decided to open, and as it turned out, it was the right move as Rohit and he put on 94 runs for the opening wicket, which propelled India to 224. 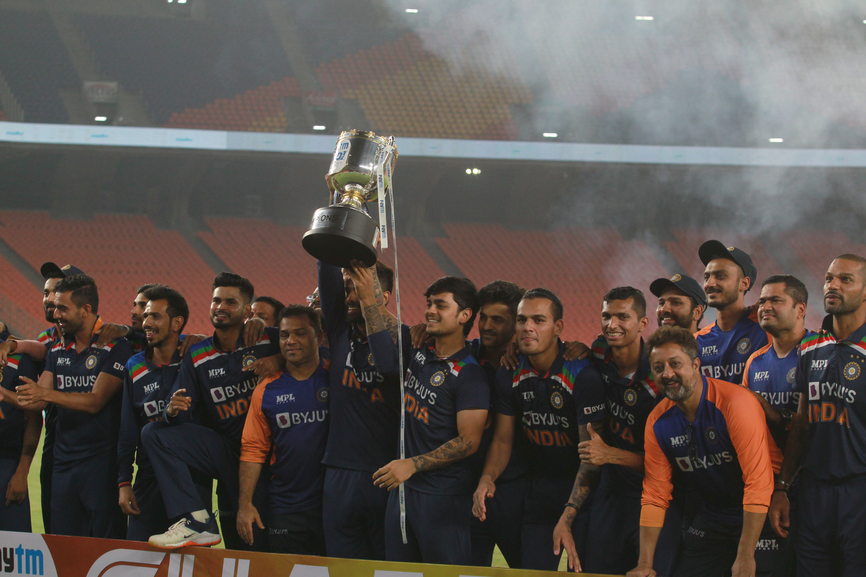 England, who looked to be on course, collapsed thanks to some top-class bowling from Bhuvneshwar Kumar, which handed India a hard-fought 36-run win.

After being decimated in the first ODI in Mumbai, India bounced back well in the second game of the three-match series, posting a total of 340, thanks to fifties from Shikhar Dhawan, Kohli and KL Rahul. Australia put up a good fight, but despite Steven Smith’s 98, the visitors fell short by 36 runs in Rajkot.

With the series level at 1-1, the action then shifted to the third ODI in Bengaluru. Having opted to bat first, Australia rode on a magnificent 131 from Smith to put up 286 on the board. India never looked in any sort of trouble as Rohit’s 119 carried them to a series win with seven wickets and 15 balls to spare.

Centuries from Shai Hope and Shimron Hetmyer gave West Indies a 1-0 lead in the three-match series. But that’s as good as things got for them, as India would go on to notch up 387 in the next game, which included a 227-run opening stand between Rohit (159) and Rahul (102). India went on to win by 107 runs, which set things up perfectly for the series-decider in Cuttack. 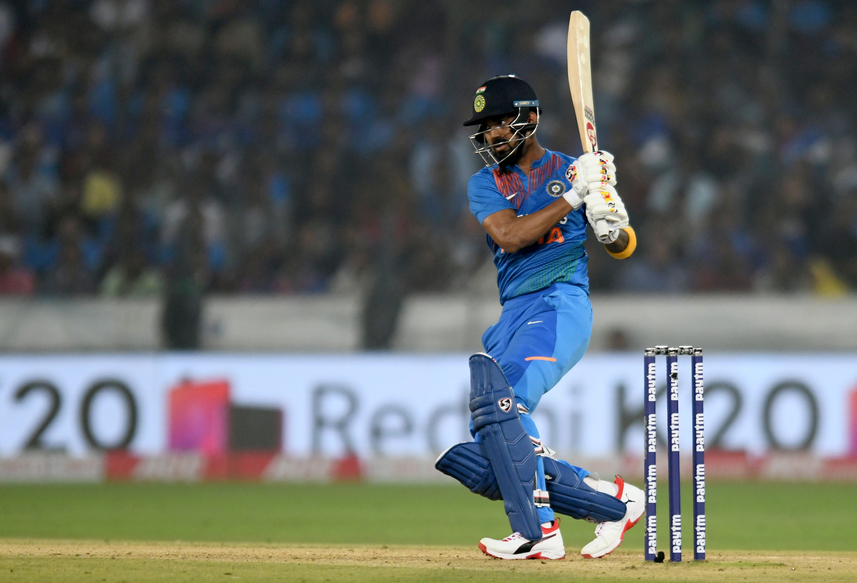 Some powerful hitting down the order from Nicholas Pooran (89 off 64) and Kieron Pollard (74* off 51) helped West Indies put up 315 on the board. Luckily for India, their top three – Rohit (63), Rahul (77) and Kohli (85) scored fifties to ease the pressure on the middle-order. After a bit of a stutter, India romped home by four wickets in the end, thanks to a helping hand from Ravindra Jadeja, who remained unbeaten on 39 off 31.

Prior to the ODI series, India and West Indies engaged in a three-match T20I series. The first T20I in Hyderabad saw India chase down 208, courtesy Kohli’s unbeaten 94 – his highest score in T20Is. The Windies bounced back in Thiruvananthapuram, winning the game quite comfortably by eight wickets.

Keeping in mind that the team chasing had won the first two matches in the series, West Indies captain Pollard put India in. He would later go on to regret that as Rohit (71 off 34), Rahul (91 off 56) and Kohli (70* off 29) blew West Indies away and put up 240 on the board. West Indies were reduced to 17 for 3 in the fourth over and half the battle was more or less lost there for the away side. However, Pollard (68 off 39) offered some resistance, but West Indies managed just 173 for 8 in the end and handed India a massive 67-run win and with that, the series.

A below-par performance from India in the first T20I saw Bangladesh register their first-ever T20I win over the hosts. However, India flexed their muscles in the next game as Rohit’s 85 saw them level the series at Rajkot, successfully chasing down 154.

With the prospect of winning their first-ever T20I series against India, Bangladesh put India into bat in the third and final match in Nagpur. After a shaky start, Rahul (52), Shreyas Iyer (62) and a late onslaught from Manish Pandey (22*) gave India a fighting total of 174 for 5. 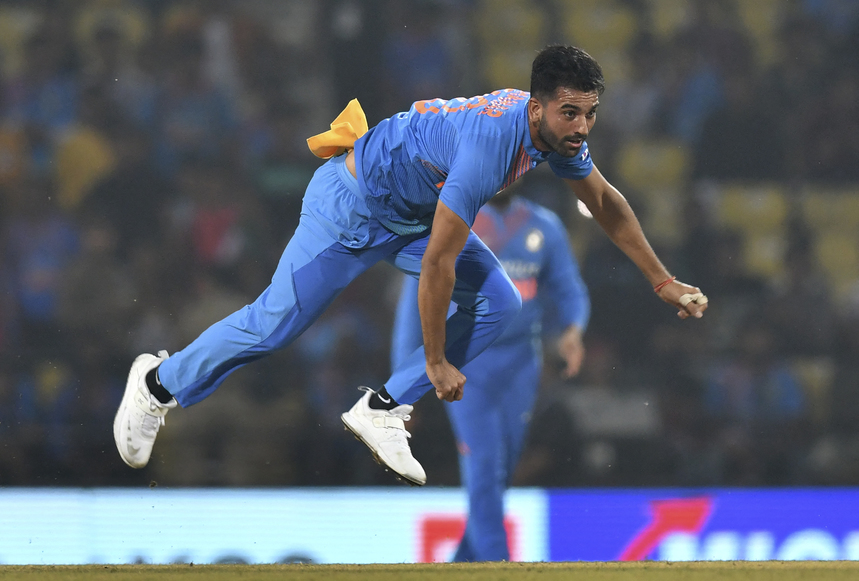 Mohammad Naim (81) and Mohammad Mithun (27) put on 98 for the third wicket to give Bangladesh hope. But the visitors lost their remaining eight wickets for just 34 runs in a span of 39 deliveries to give India a 30-run victory. This match will, however, be remembered for two reasons – Deepak Chahar became the first Indian to take a T20I hat-trick and he also went on to secure the best bowling figures in T20Is. His figures read an incredible 3.2-0-7-6!