India’s pace battery is the best in the world: Sachin Tendulkar 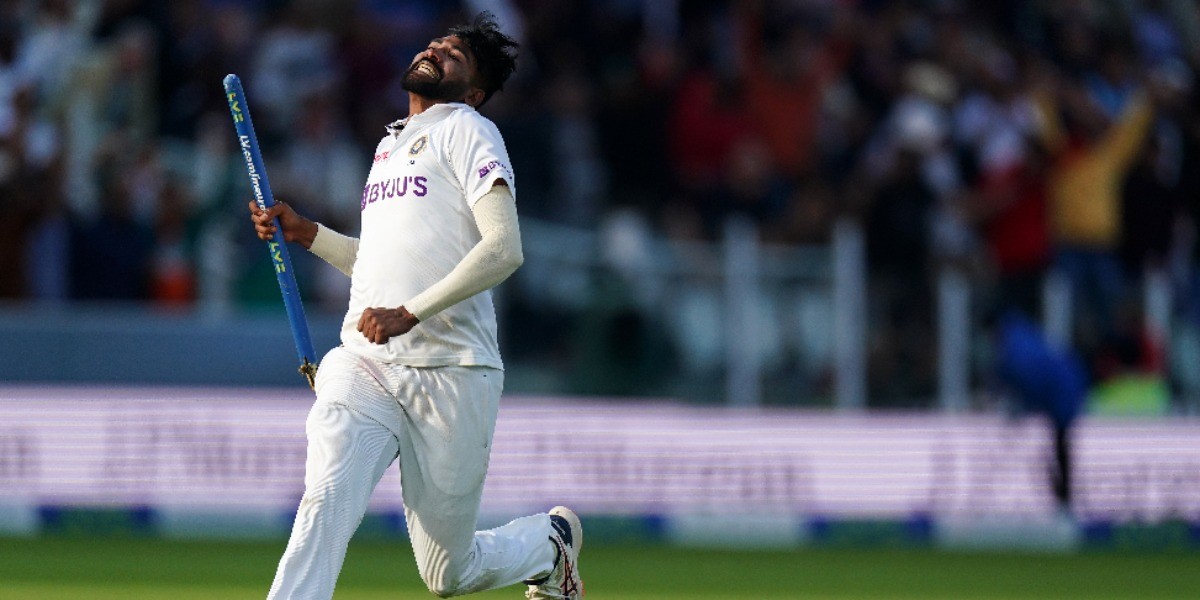 India’s pace battery is the best in the world: Sachin Tendulkar

Sachin Tendulkar labeled India’s pace battery the ‘best in the world’, and credited the Indian Premier League (IPL) for providing the younger bowlers exposure and a platform to shine.

On the final day at Lord’s, India’s four-pronged pace attack put up a heroic showing to bowl out England for 120 under 52 overs to clinch victory, and all 10 wickets were claimed by the pacers. In fact, thus far in the ongoing series against England, each of the 40 wickets taken by the visiting Indian side have been through seamers, with the lone spinner in the XI, Ravindra Jadeja, yet to open his account.

Tendulkar observed that the pace battery put its hands up when the team needed it the most, and asserted that the Indian seamers deserve all the praises and accolades that have come their way.

“This is, I think, as a unit, possibly the best fast bowling unit today in the world and they deserve that title according to me because they have really bowled well in foreign conditions where there is not much help to spinners, the fast bowlers have raised their hands up and turned the whole game upside down,” Tendulkar was quoted as saying by Times of India.

“And there have been match-winning spells. It’s not about bowling 35-40 overs and then getting 5 wickets, I think they have done so in quick succession, so according to me, they deserve all the accolades and the celebrations going around the Indian team, they deserve it.

“With our fast bowlers I think it is the bench strength. What according to me the IPL has done is, the IPL has given us exposure to a lot of youngsters. There are a number of eyeballs following these youngsters. And now I think there is more awareness as far as their diet is concerned, training methods are concerned, their discipline, focus, everything has come together.

“These are not one of those things which happen on their own, you need to earn these things and here's a big congratulations to our fast bowling unit and the coaching staff.”

But not just with the ball, in each of the two Tests, the Indian bowlers have also made significant contributions with the bat. At Trent Bridge the lower-order hung in with Ravindra Jadeja to add 73 runs for the last four wickets, while at Lord’s a stunning 89-run stand between Jasprit Bumrah and Mohammed Shami took an England victory out of the equation.

Tendulkar lauded the Indian bowlers for showing grit with the bat in both Tests, and stressed that the Bumrah-Shami partnership turned the Lord’s Test on its head.

“See in both Test matches, our tailenders have batted well. In the first Test match, Jadeja was there and if you remember, I had posted a tweet saying Bumrah has played the shot of his life when he pulled Sam Curran over square leg for a six. Brilliant shot that was.

“But at Lord’s, that partnership, lower order added around 100 plus runs, that changed the game. On the fourth evening, who would have thought that we are going to retrieve 270 and then put the pressure back on the English team and close the game so emphatically,” Tendulkar said.

Two individuals who stood out in the match were KL Rahul and Mohammed Siraj, but it was the opening batsman who was awarded the Man of the Match award for his stunning century on the first day of the Test. Tendulkar reckoned that Siraj’s performance was ‘critical’, but quipped that he was pleased with an Indian walking away with the MOTM award.

“I thought KL Rahul batted brilliantly, he was fantastic. But Siraj’s role was as critical, getting 8 wickets in a match, and to finish so strong, came and got those crucial wickets on the last day, also mattered a lot. They both are Indians, I would say joint. Hamaare paas rehna chahiye (the award should stay with us, that's what matters).”