Injured Kyle Jamieson hopeful of returning to action in early 2023 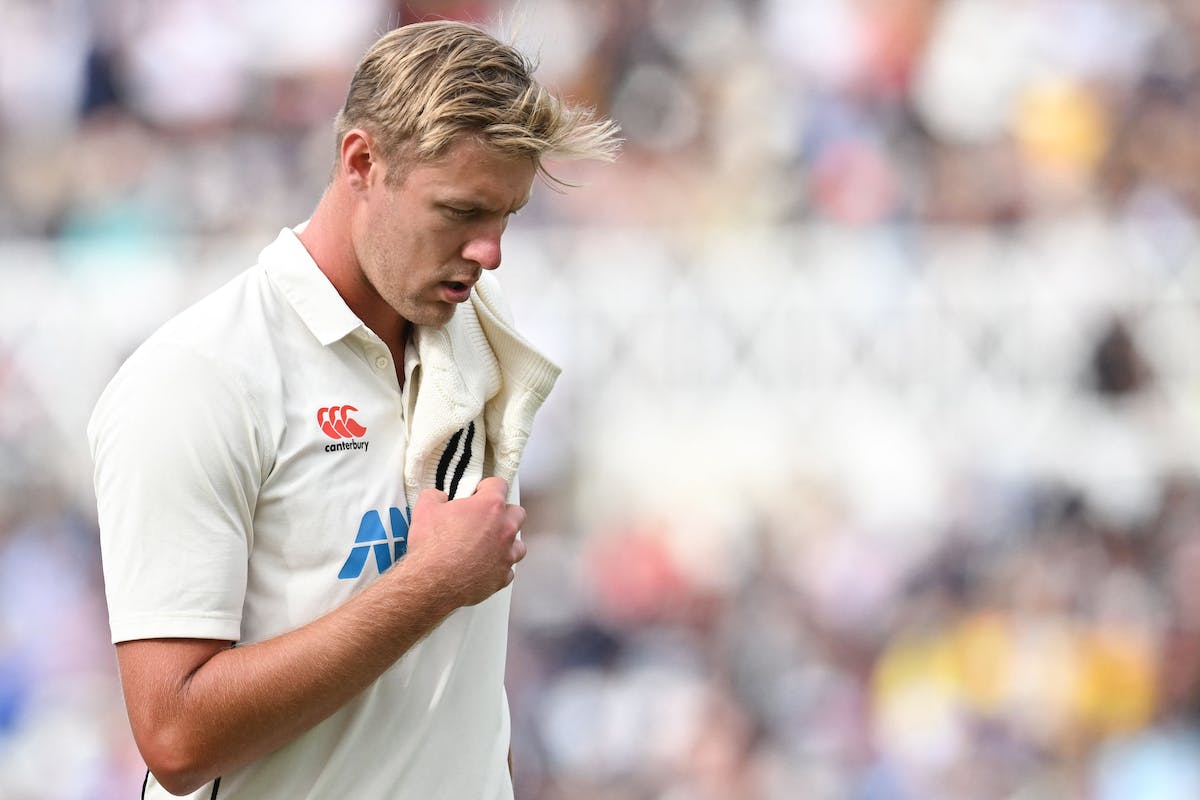 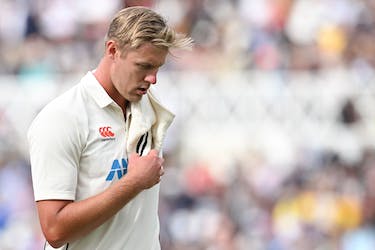 Injured Kyle Jamieson hopeful of returning to action in early 2023

With a big three months ahead, Jamieson revealed that he’s been treading with caution to ensure he’s fully fit and ready for what lies ahead

There’s been no paucity of cricket when it comes to the New Zealand Men’s side in the past six months, but one name that’s missed all the action is Kyle Jamieson. The tour of England in June — which saw the Three Lions unleash ‘Bazball’ — ended abruptly for Jamieson, who sustained a back injury, and the 27-year-old has been out of action since.

The BlackCaps have since played a total of 36 international matches without the presence of Jamieson, but the lanky right-armer, who last year sensationally powered the Kiwis to the WTC title, is hopeful he wouldn’t be on the sidelines for too much longer, targeting a return to on-field action next month.

“It’s a question I’d love to know as well. Certainly not too far away; hopefully early in the new year,” Jamieson was quoted as saying by nzherald.co.nz.

“Everything is tracking pretty good. We’re cautiously optimistic of where things are. We’ve had quite a big body of work over the last few months. I’m certainly feeling pretty good and, when the time comes, I’ll be raring to go for sure.”

2023 will see the BlackCaps tour India for a full-fledged white-ball series in January (three ODIs and three T20Is), before hosting England and Sri Lanka in February and March respectively. While the Three Lions are scheduled to play only two Tests, the Lankans will also play three T20Is and three ODIs to go along with two red-ball games.

With a big three months ahead, Jamieson revealed that he’s been treading with caution to ensure he’s fully fit and ready for what lies ahead.

“We’ve taken a bit of a cautious approach to it, just making sure that when we get back out on the park, we do that in a sustainable way and come back ready and firing for what may lay ahead.”

Jamieson, who broke into the international scene in 2020 and has been an integral part of the BlackCaps’ side across formats since, admitted that it’s sometimes been tough for him to not be involved in the action, but claimed that he also, at the same time, sees the injury lay-off as a blessing in disguise.

The injury, Jamieson revealed, has given him time to not just work on making a few technical tweaks, but also spend precious time with his family, something he would not have been able to do had he been representing the BlackCaps.

“It’s been a challenge; it certainly hasn’t just been smooth sailing the whole way. There have been times I’ve been watching the boys out there and have wished to be out there. But I was pretty clear early on; how many times do you get a blessing where you get to take time to have a rest and put some time into your game?