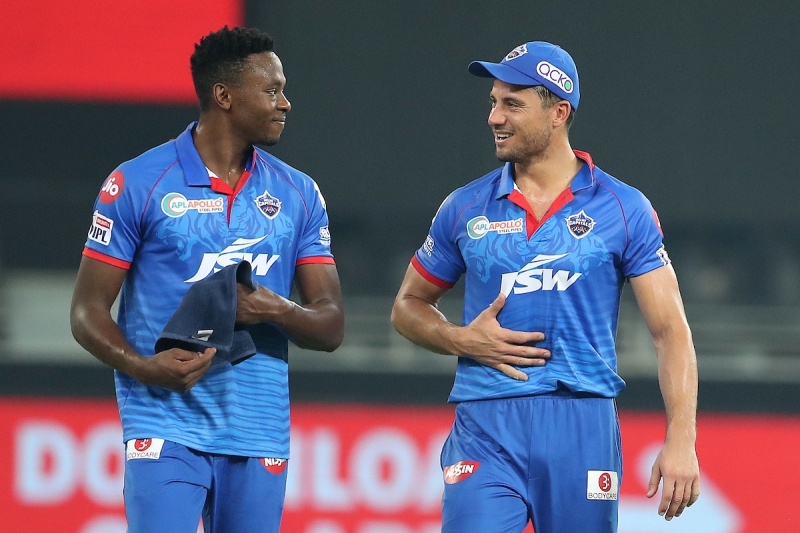 From Jofra Archer to Rashid Khan, these cricketers performed brilliantly during the recently-concluded IPL season

While there are only four spots in a playing eleven for overseas players in the Indian Premier League, it is they who often tend to have the biggest impact. The previous statement is supported by the fact that in 13 seasons of the tournament so far, only twice have Indian cricketers won the Most Valuable Player award.

While you need a solid core of local players to do well, the overseas stars usually end up being the difference-makers at crucial junctures. Here, we look at seven such overseas players who were magnificent during the 2020 edition of the IPL.

AB de Villiers might have retired from international cricket more than a couple of years ago, but that doesn’t seem to have lowered his prowess on a cricket field. In IPL 2020, he scored 454 runs at an average of 45.4 and a phenomenal strike rate of 158.7, hitting as many as 23 sixes along the way.

De Villiers was crucial to Royal Challengers Bangalore’s run to the playoffs. In fact, out of the seven matches that RCB won in IPL 2020, he scored 50+ in four and was the Player of the Match in three. If not for his stunning performances, the Royal Challengers might have had to endure another season outside the top four.

For the first-time ever, the Most Valuable Player in an IPL season was from the team that finished at the bottom of the table. But there could be little argument here. Criclytics, our predictive cricket algorithm, also had the Rajasthan Royals pacer as the top player of the tournament.

Archer took 20 wickets in IPL 2020 at a strike rate of 16.7. The most impressive part of his bowling, though, was how batsmen simply struggled to score against him. He ended the season with a dot ball percentage of 52.6, unsurprisingly the highest in the tournament. The England cricketer also displayed his skills with the bat, hitting 10 sixes – one every 6.3 deliveries he faced. 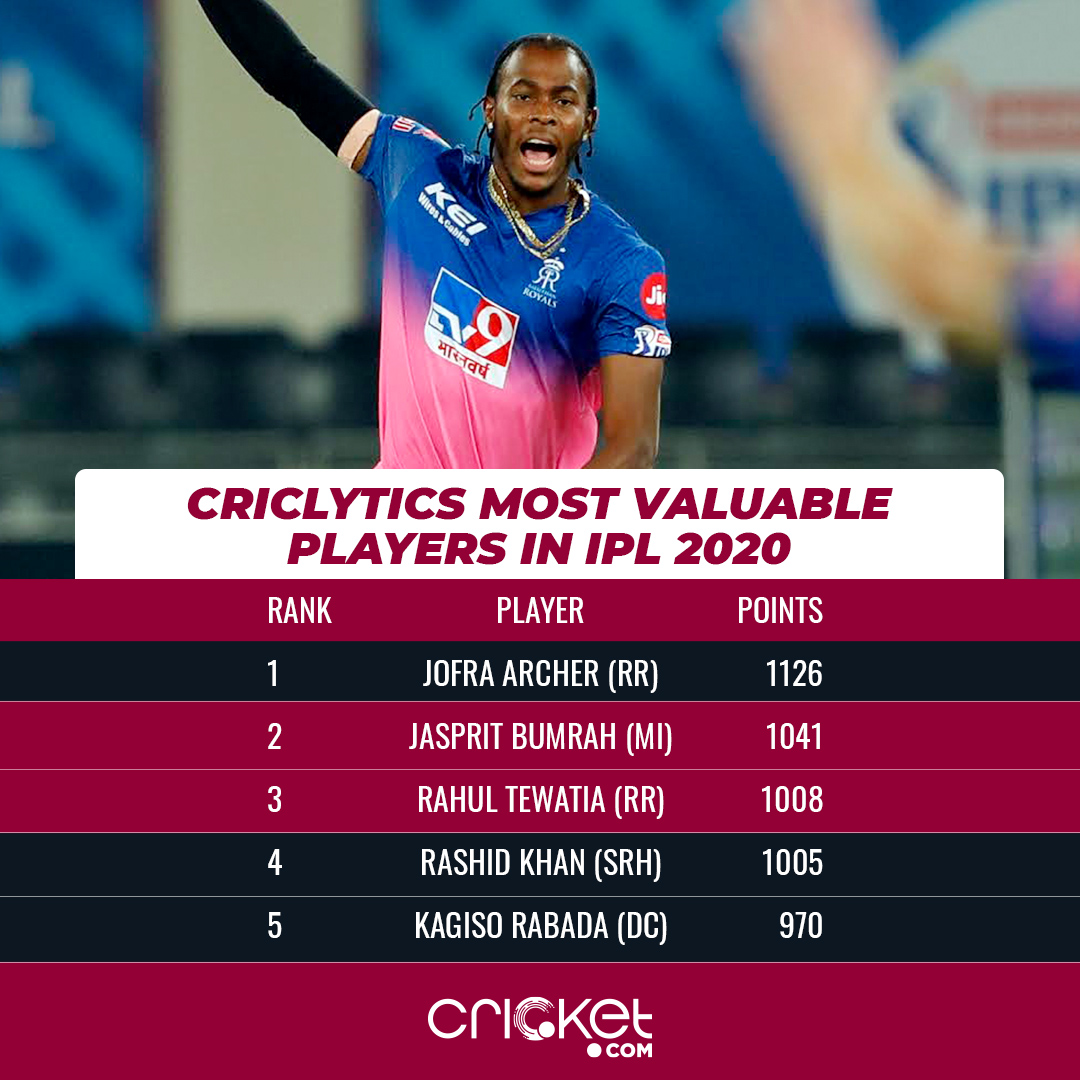 During his three seasons in the IPL, you could say that the word ‘wickets’ has been synonymous with Kagiso Rabada. It was no surprise then that the Delhi Capitals pacer won the Purple Cap this time around after having narrowly missed out last season. In IPL 2020, Rabada took 30 wickets at a superb strike rate of 13.1 which helped Delhi reach the final for the first-ever time. 20 of those wickets came in the final five overs, the most by any bowler during that phase.

Rabada took at least one wicket in his first 11 matches in the season, part of a run of 25 games in total across IPL seasons. In fact, considering a minimum of 25 wickets overall, no-one has a better bowling strike rate than Rabada (13.2) in IPL history. Since he started playing in the tournament, he’s been quite incredible as the graph below shows. 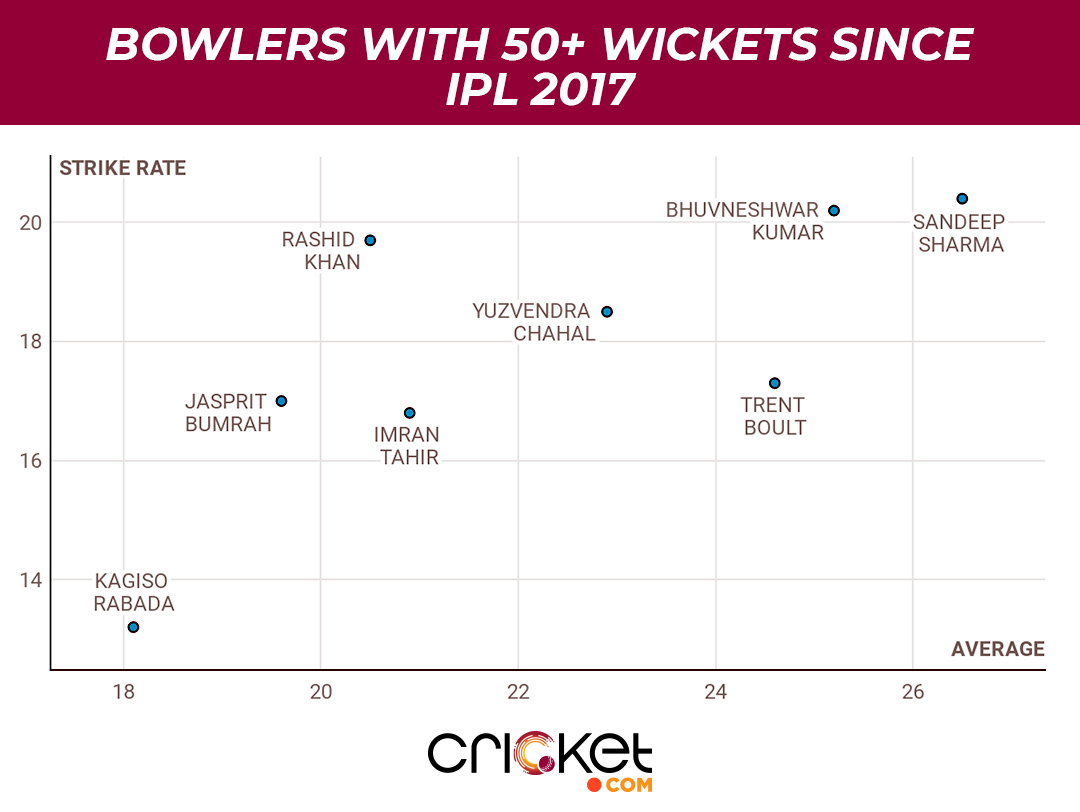 Marcus Stoinis has been a part of the IPL for a few seasons now, but in no previous edition did he look like a world-beater. Hence, it was no surprise to see RCB releasing him ahead of the IPL 2020 auction. With hindsight, you wonder if they have regrets about that decision after watching Stoinis star for DC this season.

The Australia all-rounder scored 352 runs and took 13 wickets in the recently-concluded edition of the IPL. He was the only player this season to finish with 350+ runs and 10+ wickets. The most impressive aspect of Stoinis’ game was his batting strike rate of 148.5, easily his best in an IPL season.

Quinton de Kock has now played a massive role in two IPL titles for Mumbai Indians. Since joining the franchise in 2019, the wicketkeeper-batsman has scored 500+ runs in two consecutive seasons, with MI finishing as the champions both times. 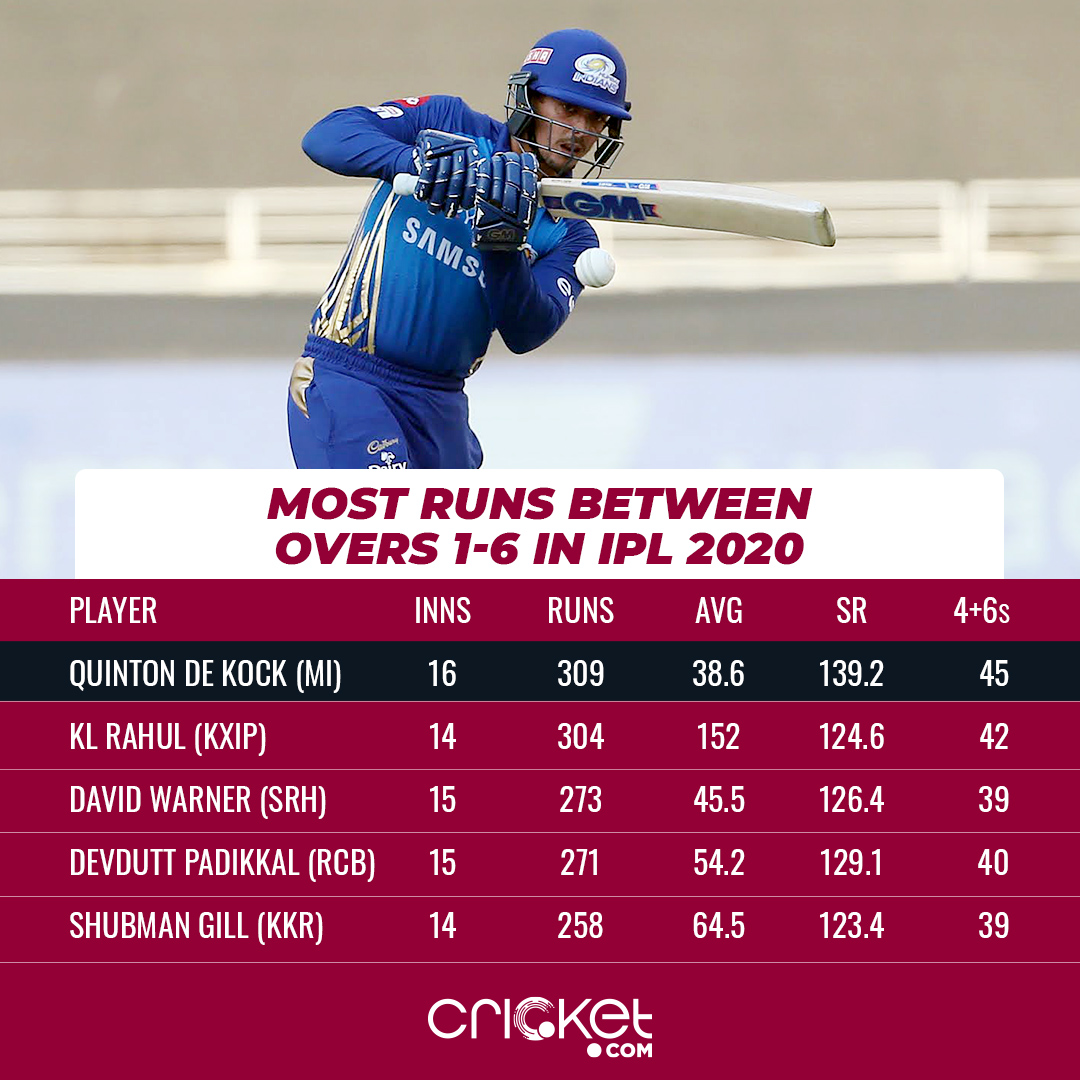 If ‘wickets’ is synonymous with Rabada, then ‘economical’ should be the word for Rashid Khan. He has conceded less than seven runs per over in every edition of the IPL that he has played in yet. In IPL 2020, he had his best season yet, with regards to economy rate. The Sunrisers Hyderabad leg-spinner was as miserly as ever this season, conceding just 5.4 runs per over – the best by far by any bowler.

By keeping the scoring rate of the opposition down in the middle-overs, Rashid played a huge role in guiding his team to the playoffs. He was also among the top wicket-takers in IPL 2020, with 20 scalps. Yuzvendra Chahal (21) was the only spinner to take more.

While Trent Boult has had decent seasons in the past, never could you say that he was ever truly outstanding. After all, until IPL 2019, he had taken 38 wickets in 33 innings at an economy rate of 8.8. Hence, at the time, DC’s call to let him go to Mumbai Indians (MI) wasn’t seen as an outrageous decision.

In IPL 2020, though, Boult was magnificent, playing a massive role in Mumbai clinching their fifth IPL title. In total, he took 25 wickets at a strike rate of 13.8, but it was during the Powerplay where he made his mark. Between overs 1-6, he accounted for 16 dismissals in IPL 2020, six more than the second-best. He was the Player of the Match in the final, which was the icing on the cake. 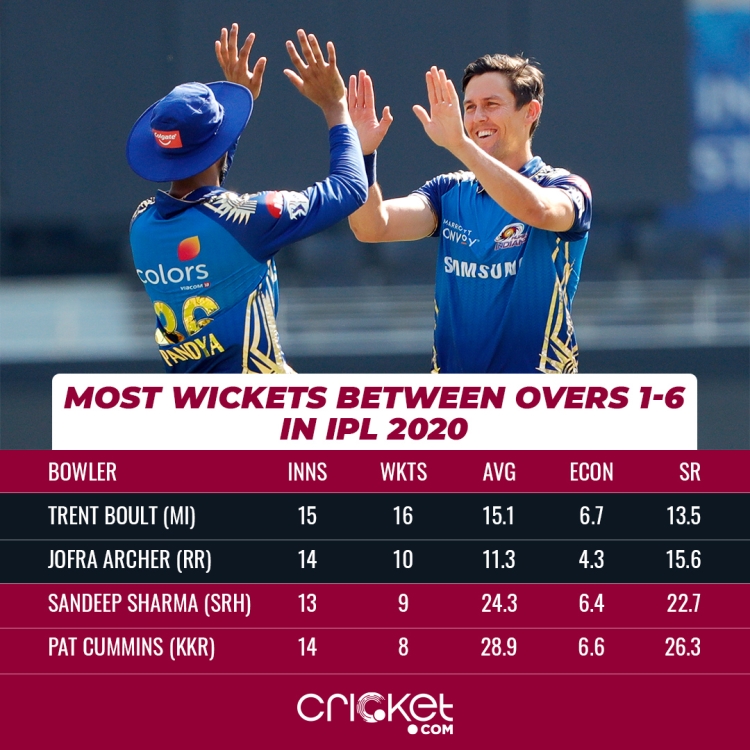