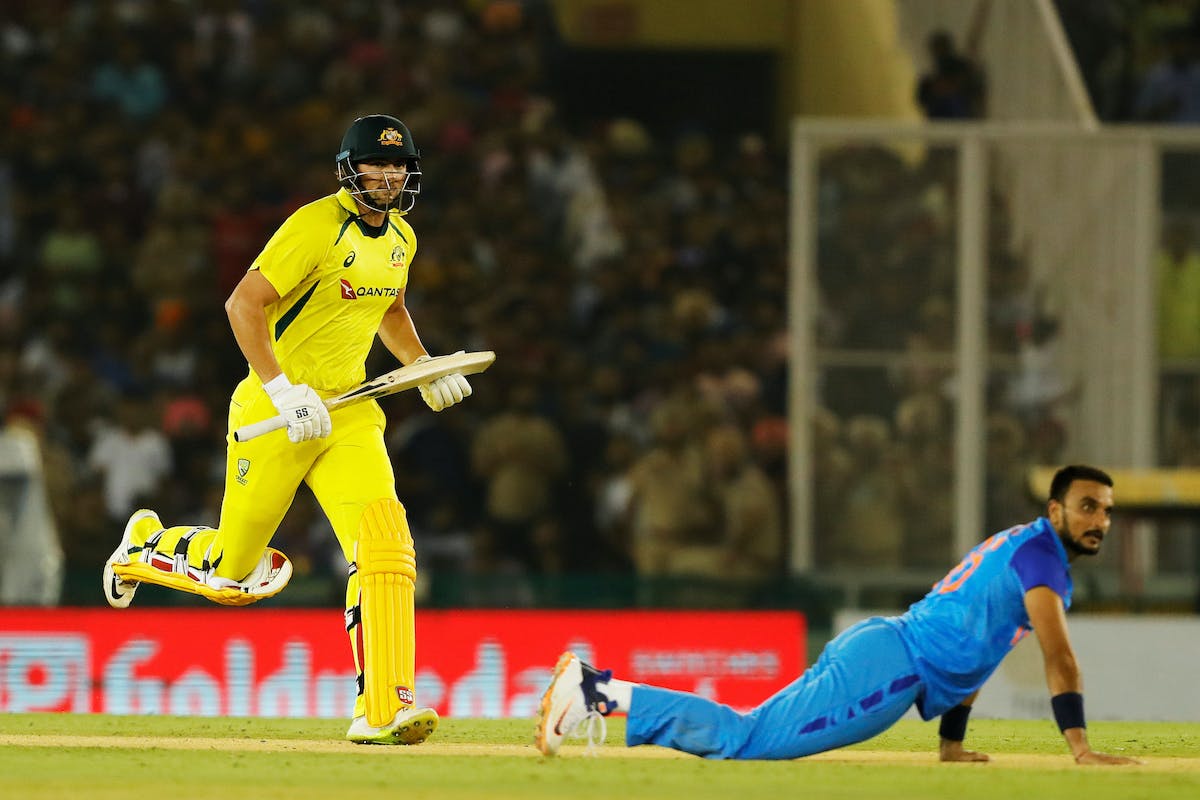 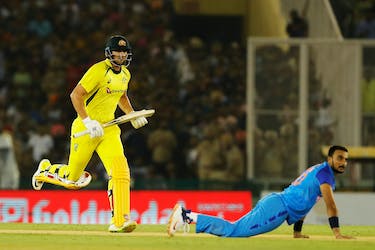 Tim David credited his experience of playing in the Indian Premier League (IPL) for the 14-ball 18 on his Australia debut in the first T20I against India at Mohali.

Set a target of 209 to win, Australia chased down the total with four balls remaining thanks to a late flourish from keeper-batter Matthew Wade (45 not out off 21 balls) and Cameron Green (61 off 30 balls).

After making his IPL debut for Royal Challengers Bangalore in the 2021 editions, David had played eight matches for Mumbai Indians in IPL 2022 where he batted at a strike rate over 200.

"I think having had the experience of playing in India before and playing a fair bit of T20 cricket recently, I felt calm the other night because I knew that we're in a good position to be able to chase those runs," David said ahead of the second T20I in Nagpur.

"Having some good experience playing in India, I think finishing off games and understanding how it can go and how the pitches can play or when it kind of lights up in front of you, so you know, there can be an advantage batting second in Indian conditions. That was a good experience - that IPL - to draw on to the other night out there in the middle," David added.

The sixth-wicket partnership of 62 off 30 balls between Wade and David helped Australia get out of trouble after they lost the wickets of Glenn Maxwell and Josh Inglis in quick time. David was happy to have his Hobart Hurricanes teammate to partner with.

"I played a fair bit with Maddie (Wade) but I haven't batted with him that much. So it was nice to have a familiar face out there the other night and I think he did most of the heavy lifting. So to be stood the other end and watch him finish the game off was great. And that's I guess it's good stuff," David, who represented Singapore in 14 T20Is, said.

David was also the surprise addition to Australia's T20 World Cup squad as he felt he didn't have much time to think about the call-up.

"To be honest, I didn't give it very much thought. It's just it's kind of evolved naturally to be here at this stage. I just look to win a game which is in front of me and don't put any expectations on that," he said.

Drafted in as a finisher, a role which he excelled in T20 leagues across the globe, David said that most of his work is done in the net sessions.

"I try and get volume in the nets because, let's say, in a three-match series here I like face 20 balls ...so I've got a lot of my work done in the nets. And be prepared to kind of be on for every ball. I think it's pretty straightforward. It's very similar to what I've been playing T20 cricket over the last year and 18 months so I guess I'm trying to bring my experiences that I've had so far and just take the game on and help the team win games," the 26-year old said.

Australia lead the three-match series 1-0 and will face India in the second T20I in Nagpur on Friday.