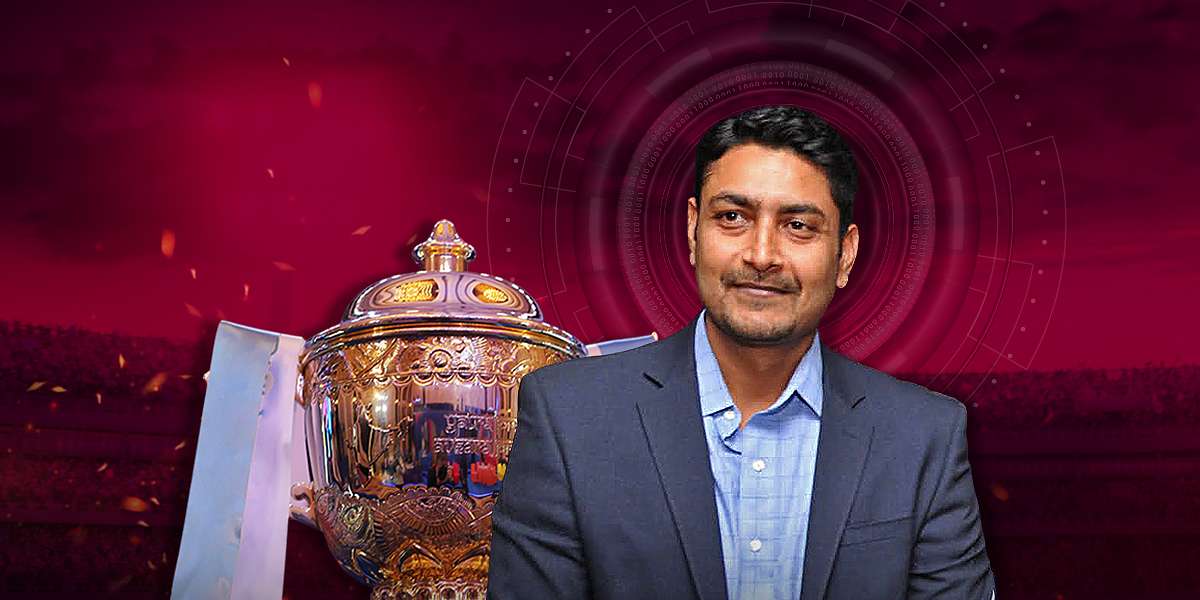 Excited and scared. Cautious and claustrophobic. My first flight in six months from Kolkata to Dubai via Delhi, had me going through an entire gamut of emotions that I have rarely experienced during my 43 years of existence.

It was a new experience being in the new normal. The near empty boarding gates, the almost shut food courts, the mask and the head shield clad me waiting for hours. You don’t know how long this will be a routine but maybe for some years to come if not more.

As I am going through a series of RT-PCR tests during my quarantine in Abu Dhabi, the mind has been like a ticking clock as to what we can expect in a bio-secure Indian Premier League (IPL) in a different country in the company of humid conditions and pitches which might not exactly be belters.

Let’s start with the 22-yard strips at the Abu Dhabi, Dubai and Sharjah stadiums and how they will behave in the upcoming days.

During the course of this article, I will be indulging in some data analysis, but it’s more about what we can expect in this IPL. The matches considered are mostly from Pakistan’s home T20Is, the Pakistan Super League (PSL) and various ICC qualifying tournaments, which primarily are played between associate nations.

While dissecting raw data, it is only imperative that we also take into consideration factors such as teams, their quality of players and the opposition that they were up against.

In Dubai, the team batting first have won 33 times and teams batting second have come out victorious on 38 occasions. That’s to say, the toss might not be a huge factor as we’ve seen in limited-overs cricket. The average first innings winning total is 168 while the average score over the past three years is 151.

The argument that I’ve been hearing often these days is the over-use of pitches which in turn would lead to low-scoring games with a lot of purchase for the spinners.

I wouldn’t completely disagree with that assertion but the extent is something that I might beg to differ.

Generally, in Indian conditions, the number of strips used in a venue is two to three but here in Dubai there are five strips which will be used, reducing the stress (less wear and tear) on individual strips.

What I’ve also been informed by my friends working here in the country's cricket system is that, initially, they are trying to keep some semblance of grass so that the surface lasts 53 days. But without an iota of doubt, the pitches here will slow down and the spinners will have more of a say as the tournament progresses.

Dubai is the venue where franchises apart from Mumbai Indians (MI) and Kolkata Knight Riders (KKR) will play a bulk of their games. Teams like Chennai Super Kings (CSK), Delhi Capitals (DC) and Kings XI Punjab (KXIP) with depth in their spin departments, are likely to enjoy playing here more than the others.

Now with 24 games in Dubai and at times back-to-back matches, even though on different surfaces for each match, the strips will get tired by the second half of October. It’s a given which means that stroke-making will be difficult.

Hence, it’s not just about the bowlers but a lot will depend on how well teams negotiate the opposition spinners. In that respect, I will keep CSK marginally ahead of the other five franchises.

With no disrespect to any player, the quality of batsmanship in the IPL will be a few notches higher than PSL, which might take the average first innings total (if not the winning total) from 151 to 165-167 at least for the first half of the tournament.

There are 20 games in Abu Dhabi on five tracks with four contests on each, with back-to-back matches occurring just once. The strips will get breathing space which is a must.

With a first innings average score of just 144 in the past three years, it’ll be interesting to see how KKR and MI adapt to the generally sluggish Abu Dhabi pitches, considering they picked their squads keeping in mind the high-scoring home venues of Eden Gardens and Wankhede respectively.

The big-hitters, especially, from both these franchises will like to defy the odds, which states that the average sixes hit per innings in Abu Dhabi is less than three.

KKR, with their match-winning spinners, might have an advantage while MI will have to dig deep to maximise their spinning options as the tournament progresses. 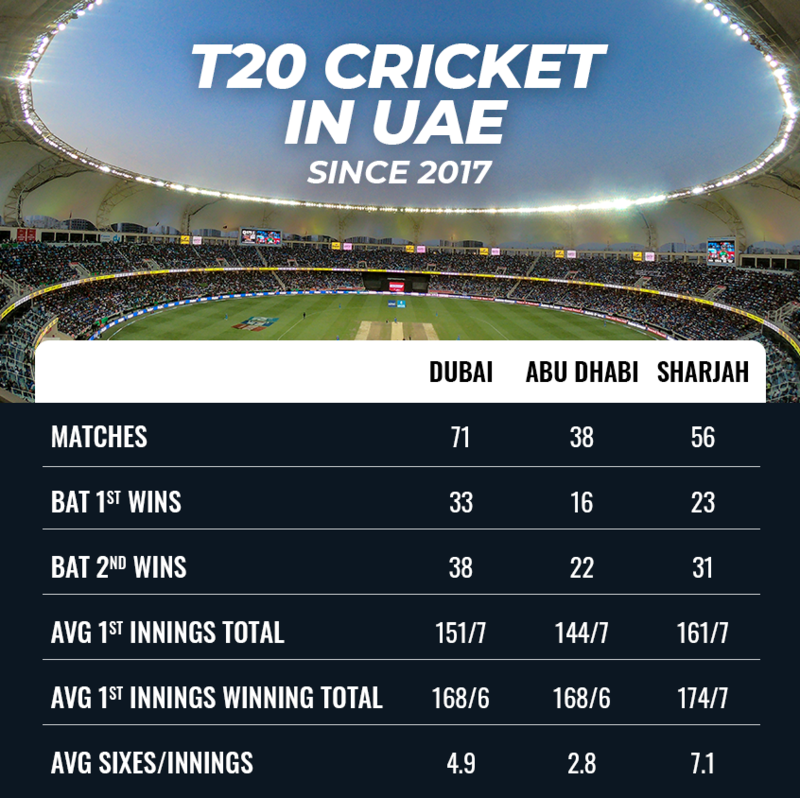 Sharjah is easily the best surface to bat on with high-scoring humdingers expected during the 12 games over three strips. It has the least gap between average first innings total (161) and winning total (174) during the aforementioned period among the three stadiums.

With the highest number of sixes per innings (7.3), the big-hitters are expected to have a field day at this venue. A highway of a pitch, to go with a small ground, does not help the cause of the bowlers.

I, for one, would be expecting more than a few 200-plus totals in Sharjah more so now that they have a mechanical roller available to them for the past two years as compared to the traditional hand-pulled light rollers used over the years.

Will bowling first be an advantage? I reckon it will be going by the number of successful chases but more so for one aspect which will be purely because of match timings.

The night games will start at 6 pm Dubai time (7:30 pm IST), which essentially means that the Powerplay overs during the first innings will be bowled during the twilight hours. And who can deny that quality swing bowlers can make even the white ball talk during that time?

Jasprit Bumrah letting it rip against Virat Kohli in those first six overs during twilight is a contest I would fancy. What about you?