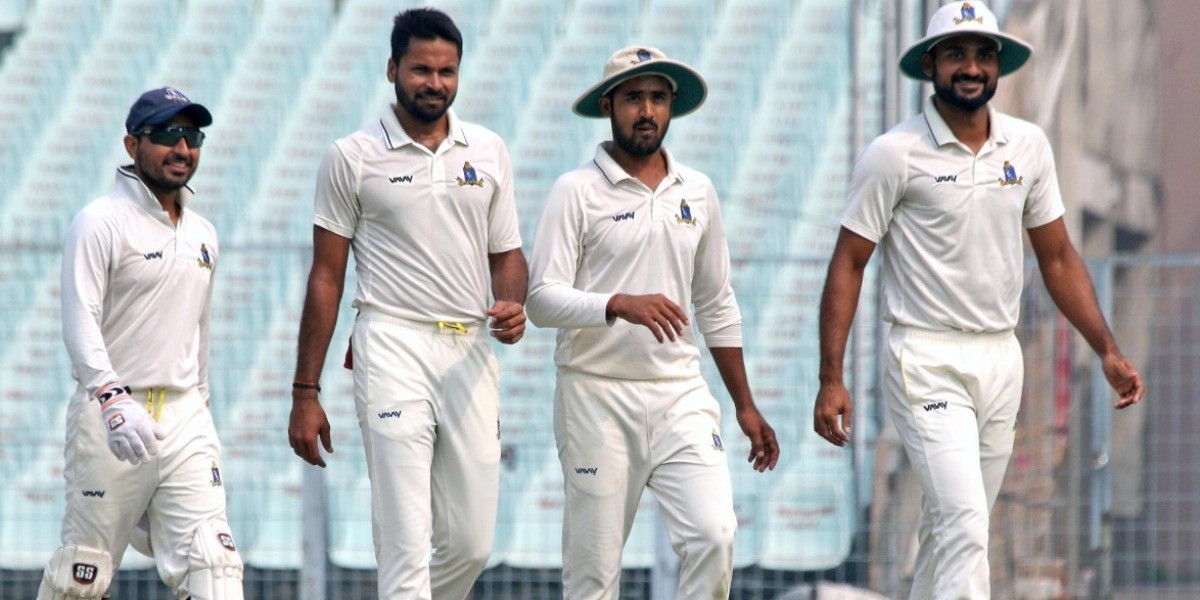 For all the glam and glitz of IPL and a star turn-around in fortunes, which subsequently make for the mainstream narrative, it is still not easy to be a cricketer in India. It takes loads of patience and sacrifice from many people to reach the pinnacle, especially accounting for the insane competition at every level. The tale of Bengal medium-pacer Akash Deep is a story laden with swinging fortunes and a focused body of work.

At 24, Akash Deep is a Royal Challengers now, brushing shoulders with the likes of Virat Kohli but perhaps had a more difficult time achieving his dream.

Yet, he never gave up. He came back to Durgapur from his village at Sasaram in Bihar and with the help of his uncle’s son, subsequently, moved to Kolkata to join United Club in CAB's Second Division League. He happened to be at the right place at the right time with CAB envisioning Vision 2020.

Akash Deep worked under the tutelage of Ranadeb Bose, who backed him right till the very end, and in the 2020 Ranji Trophy, he emerged as the major architect of Bengal pace bowling. Ishan Porel was mostly away with the India A squad for the New Zealand tour and Mohammed Shami was away with the national squad. It helped Akash Deep form a deep relationship with his friend and bowling partner Mukesh Kumar as Bengal finished as the runners-up in the last completed Ranji Trophy.

Bengal pace troika of Ishan Porel, Mukesh Kumar and Akash Deep open up on their bond, their team’s road to @Paytm #RanjiTrophy final, on Mohammed Shami’s advice and more - by @ameyatilak #SAUvBEN

From then to now, a lot has happened mid-way. It was Rajasthan Royals who first got in touch with CAB’s Director of Cricket Joydeep Mukherjee ahead of the 2020 IPL auction. They were interested in acquiring his services but it didn’t work out well. However, the franchise offered a Net Bowler deal to Akash and his Bengal team-mate Sayan Ghosh at 50 percent of their base price.

The duo bowled a fair bit in UAE last year and that experience had kept Akash- relatively much younger than Ghosh- in line for a spot in one of the squads. It eventually arrived through Royal Challengers Bangalore with Washington Sundar being ruled out with injury issues. It is not clear whether Akash Deep would actually make the cut to the playing XI with the side having the likes of Mohammed Siraj, Harshal Patel, Navdeep Saini, and Kyle Jamison to pick from.

From bowling to our stars in the nets to becoming a part of the squad, it’s been an amazing journey for Akash Deep. Here’s everything you need to know about the speedster.#PlayBold #WeAreChallengers #IPL2021 pic.twitter.com/FEi7kqqA01

However, Akash Deep comes with his own set of positives. He has taken 21 wickets at an average of 16.85 in 15 T20s but the biggest strength he imparts is maintaining a nagging line and length while testing the batter’s defense. It is one of the traits that reaped massive dividends for him in the last Syed Mushtaq Ali Trophy where he picked up five wickets at 16.23 only from the good length area. It was there he was most economical too.

However, of course, RCB have a huge scouting network to have picked Akash Deep despite having limited List A and T20 exposure. But that’s how franchises have created fortunes for themselves and the players. Akash Deep knows how to fight and it is a golden opportunity for him to take inspiration from his past. Who knows what a bountiful future lies ahead of him!