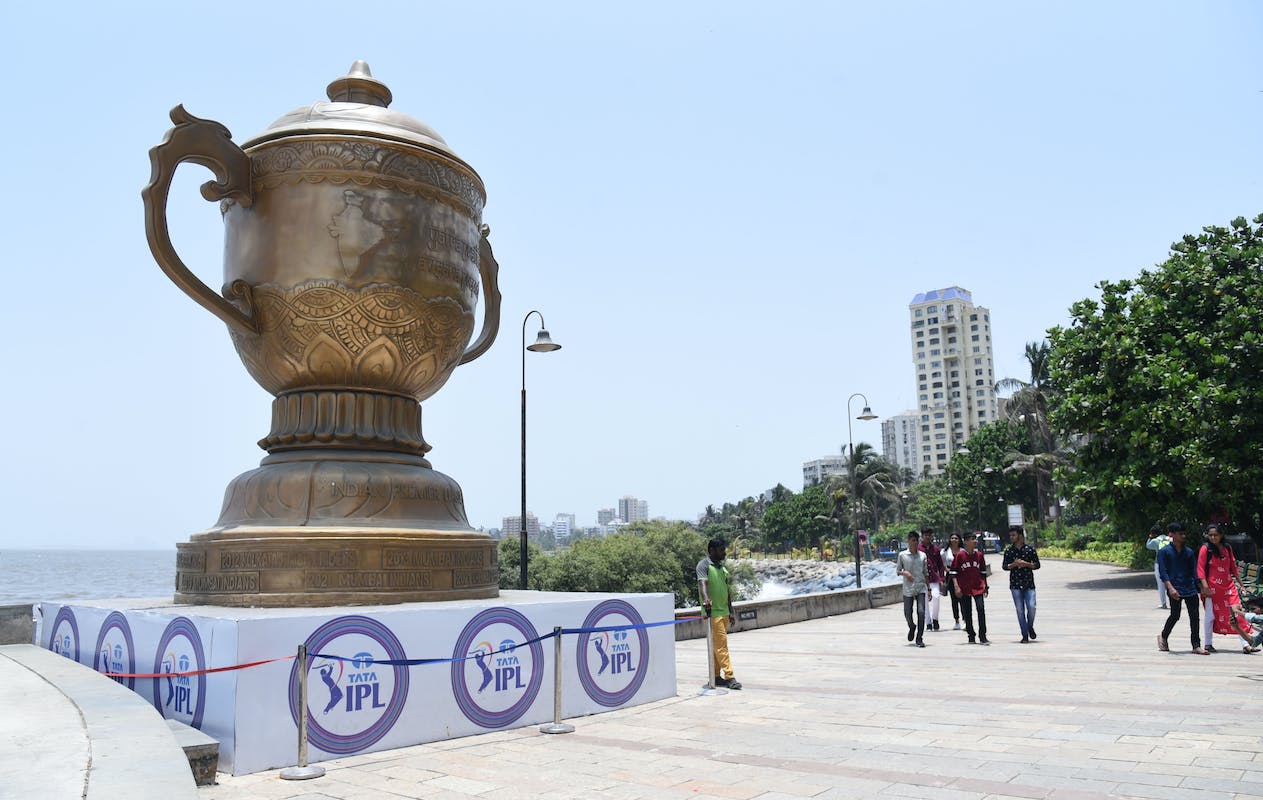 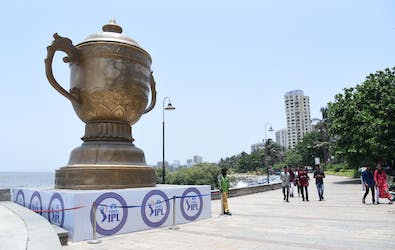 After dipping their feet in the Caribbean, USA and UAE, IPL franchises have swept all six teams in South Africa's newest T20 league

Isn’t it ironic that you can have Indians owning an overseas franchise, but no player is allowed to play in them? Well, you can, but for that, you would have to retire and get a NOC from the BCCI. We’ve seen someone like Praveen Tambe in the Caribbean Premier League (CPL), Yuvraj Singh play in the Global T20 League (Canada) to name a few. We have also seen someone like Unmukt Chand retire from Indian cricket altogether and play in the Big Bash League (BBL) in Australia.

However, if you wish to remain in the Indian circuit after retirement, the BCCI still has a final say. Yusuf Pathan had officially not announced his retirement in 2017 but was nowhere in contention for a place in the Indian team nor with Baroda. As a result, he had signed for Kowloon Cantons in the low-profile Hong Kong T20 Blitz – a tournament that kick-started Sandeep Lamichhane’s rise.

After initially been given the green signal from then president Anurag Thakur, they pulled out right in the end, with no (valid) reason, leaving the franchise furious.

Recently, six Indian Premier League (IPL) franchise owners became proud owners of all the teams in the upcoming CSA T20 League. Whether or not active Indian players will be allowed to play is not clear. Based on past instances, it is unlikely.

But the fact that India continue to flex their muscles slowly around the world is true reflection of how far they have come. From a time when many countries outside Asia were reluctant to visit India for a bilateral to now when winning in India is considered a holy grail, India has built brick by brick to become the cricketing giant they are today.

With the start of the IPL in 2008, their pull in world cricket has become even more significant. No other franchise T20 league were given a window in ICC’s FTP. It is only the 2023-27 cycle that has accommodated other T20 leagues.

South Africa are willing to even forfeit a potential 30 points in the World Cup Super League for their players to participate in this league, jeopardizing the national team’s automatic qualification for the 50-over World Cup next year.

IPL franchise owners have already dipped their feet in overseas leagues like CPL – where KKR, Rajasthan Royals and Punjab Kings already own teams. KKR especially have a major stake in the Major League Cricket (MLC), which also includes building a stadium in Los Angeles.

Other than acquiring the franchises in South Africa, a few like Mumbai Indians (MI), Delhi Capitals (DC) and of course KKR now have a stake in International League T20 (ILT20), to be played in the UAE next year. 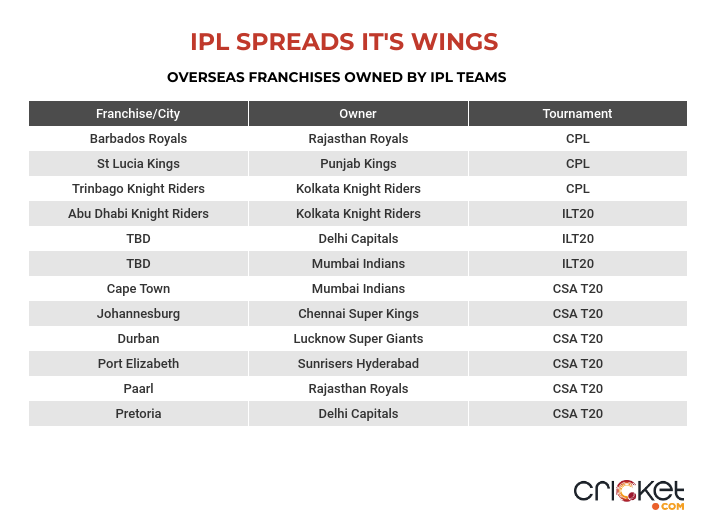 All has not been well within the CSA with their (then) director of cricket Graeme Smith and their current head coach Mark Boucher subjected to a racial discrimination inquiry. With a gag order on the media to not pose questions over Lizelle Lee’s shock retirement, further showing that something is indeed not well.

However, an investment of this magnitude for the T20 league will only do the CSA a world of good as a successful tournament could be the beginning of their resurrection.

South Africa need this tournament to do well given that they have had to “postpone” the Global T20 League in 2017 a month before it was due to start as CSA failed to secure a broadcast deal and sponsorships for the team. A couple of seasons later came up with Mzansi Super League, but that too has had major roadblocks due to the non-availability of prominent players and Covid too playing its part in its closure.

With a window now open for the league, South Africa, having already lured Indian investors, will hope that their pull gets them sponsorships, broadcast rights and other logistical things sorted before the start of the tournament and not leave it till the end as they’ve done before. The IPL has certainly gone a long way in cementing India as a superpower in world cricket. South Africa will hope that it is the start of something similar for them, of course, with a role indirectly played by India.