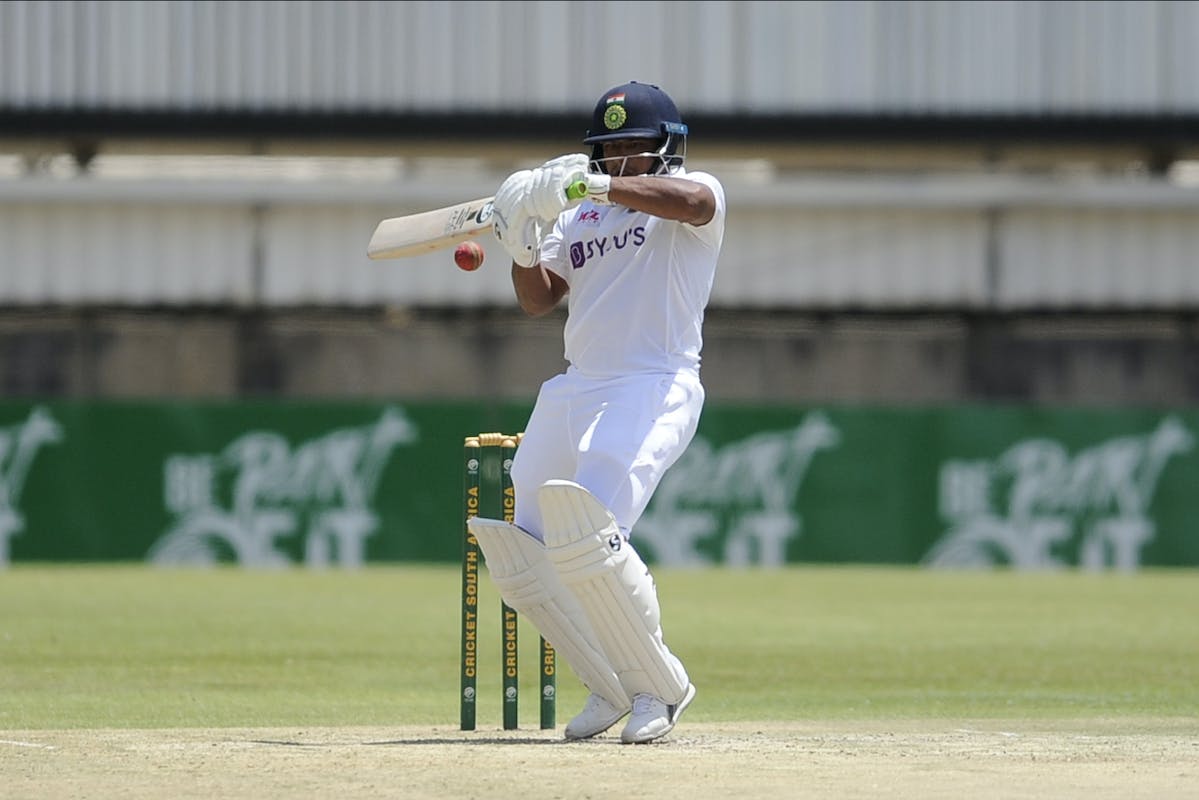 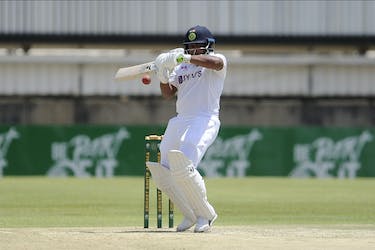 Sarfaraz smashed his 10th first class ton, remarkably in only his 43rd FC innings, to give ROI a 107-run lead

2019/20 Ranji Trophy champions Saurashtra endured a day to forget in front of their home fans on Day 1 of the Irani Cup as the Jaydev Unadkat side were bowled out for 98 before Sarfaraz Khan (125*) and Hanuma Vihari (62*) piled on the misery as Rest of India ended the first day on 205/3, 107 runs ahead of their counterparts.

Rest of India skipper Vihari won the toss and opted to bowl, and the ROI seamers had the Saurasthra batters floored incredibly in just 25 balls. In what was a mind-boggling passage of play, Saurashtra lost each of their Top four batters inside the first five overs as they were reduced to 5/4 within the first 20 minutes. Expectations were high from Saurashtra’s end, given Cheteshwar Pujara was also featuring, but the veteran Indian batter fell for a 4-ball 1 as the ROI bowlers ran riot.  It was Bengal’s Mukesh Kumar that triggered the collapse, the right-armer accounting for each of the top three batters, before Kuldeep Sen dismissed Pujara to have Saurashtra reeling.

There were mini-partnerships for the 2019/20 Ranji champions, but Unadkat’s side never recovered from the initial blow as they failed to even pass three figures, bowled out for 98 inside the first session. Arpit Vasavada (22) and Dharmendrasinh Jadeja (28) showed some fight but, after the initial burst, Saurashtra were overpowered by the pace of Umran Malik, who registered career-best first-class figures of 3/25. He was one of three ROI bowlers to take at least three wickets on the day, with Kuldeep Sen (3/41) and Mukesh (4/23) being the other two. The Saurashtra batters simply had no answers to ROI’s pace onslaught.

After being rolled over humiliatingly, Saurashtra had a rather promising start with the ball, with Unadkat and Chetan Sakariya reducing ROI for 18/3 (Easwaran 0, Mayank Agarwal 11 and Yash Dhull 5) but the Saurashtra bowlers were ultimately put to the sword by an unbeaten 187-run stand between Sarfaraz Khan and Hanuma Vihari.

Sarfaraz smashed his 10th first class ton, remarkably in only his 43rd FC innings, to give ROI a 107-run lead and put them in pole position to take home the Irani Cup. The 24-year-old incredibly batted at a strike rate of 99.21, smashing 19 fours and 2 sixes, and the century made it back-to-back tons for the youngster, who also struck an unbeaten ton in the second innings of the Duleep Trophy.

Vihari, in contrast, batted patiently, going at a strike rate of 43 but the ROI skipper did his job, acting as a perfect foil to the explosive Sarfaraz.