Ireland outplayed us in all three facets of the game: Jos Buttler 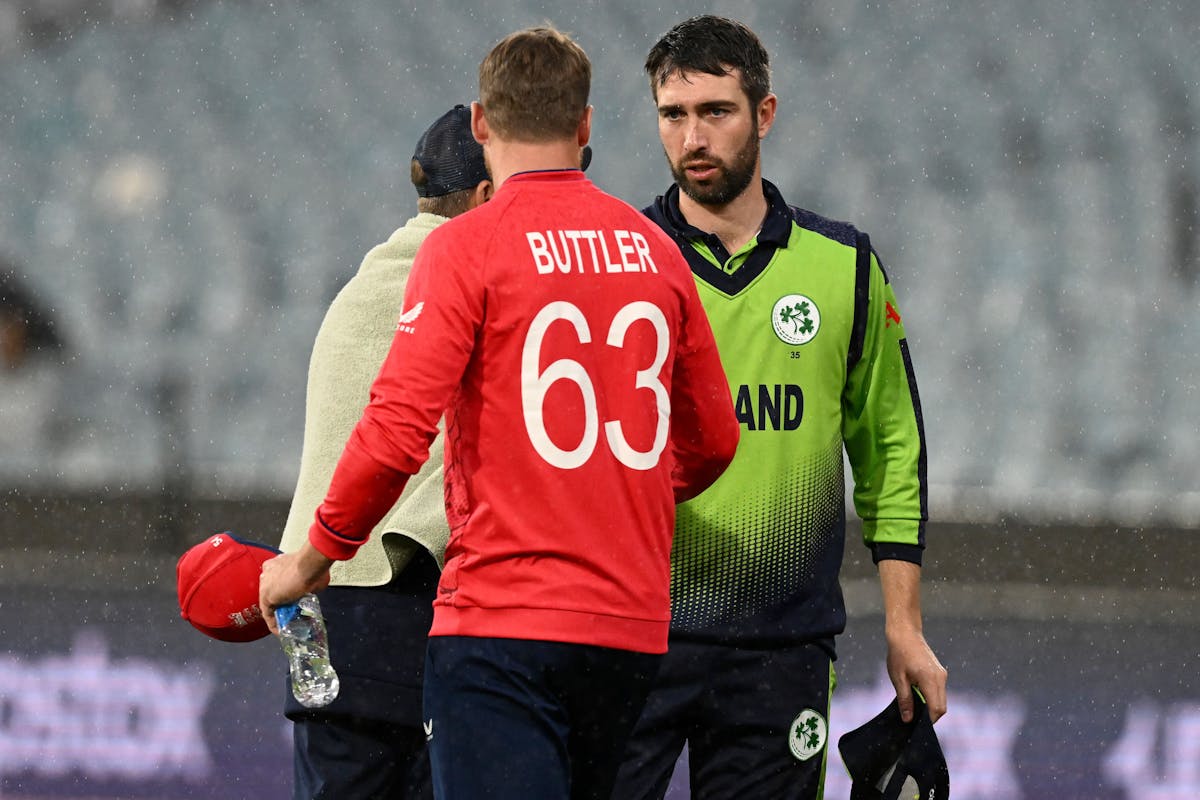 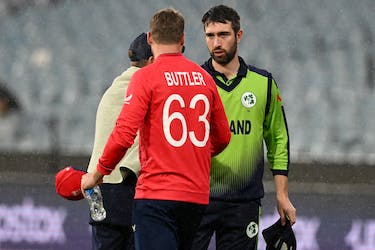 Ireland outplayed us in all three facets of the game: Jos Buttler

Ireland have stunned England by five runs in their second league match of the Super 12s at the Melbourne Cricket Ground courtesy of the DLS method on Wednesday, October 26.

England were 105 for the loss of five wickets in pursuit of 158 runs and fell short by five runs. Jos Buttler shared insights on the performance of the team and where England lost the game in the post-match presentation and said, "Specially in the first ten overs with the ball. I thought we were poor and allowed Ireland to get away. We were not consistent enough and let them score on both sides, and there were some favourable conditions for bowling."

"We had everything in our favour; winning the toss and electing to field knowing the weather, we didn't take advantage of that. The second 10 overs were much better; we let Ireland get 20-30 runs too many in the first ten and were under pressure to restrict them."

"They showed us how to bowl on that wicket. Getting out in the first over was never ideal, and we never managed to grab the initiative. They bowled well and used the wicket well," he further added.

The skipper also stated that with the weather around was precisely the reason England wanted to take advantage of the conditions but failed at it miserably.

"It was going to get heavier, but again as I said, we won the toss and chose to bowl with the advantage of knowing what to do with the bat. They outplayed us in all three facets of the game, and the better team won."

"We know we have made a mistake here and have put more pressure on us, but certainly, if you needed a game to get going, then England-Australia is one of those," he further added.

"We were disappointed with losing seven wickets. It was tough, and their bowlers had good variations. But we were off the blocks with Lorcan Tucker. It's amazing, kind of emotional."

"To come here against tournament favourites is amazing. A few of the fans in the crowd have extended their stay. Their support has been wonderful and will do a lot to grow the game back home. We were fortunate drops did not cost us, but we need to improve," he concluded.