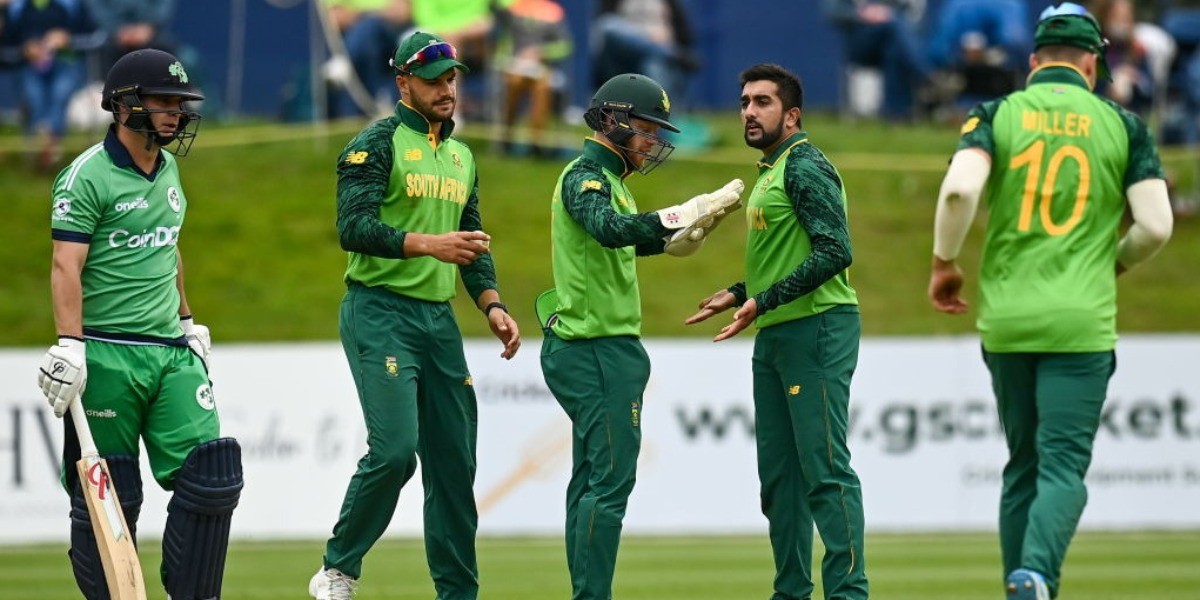 Tabraiz Shamsi powered South Africa to a win in the first T20I at Malahide on Monday. Now, Ireland will be fighting to stay alive in the series and will be hoping they can repeat what they did in the second ODI. The last two T20Is will be played in Belfast. The first T20I was the first ever match played between the two sides and South Africa are ahead 1-0. 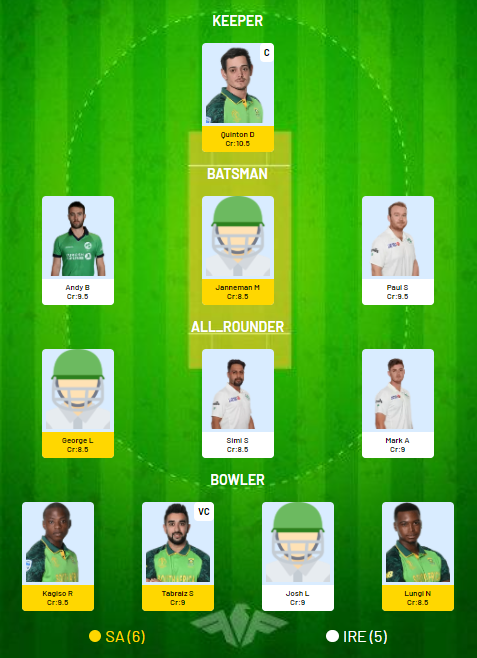 Civil Services CC at Belfast last saw an international T20 in 2015. A scheduled match between Ireland and Zimbabwe in 2019 was abandoned without a ball bowled. In the year 2015, not only T20Is, there were a fair number of T20s played since that time in Belfast, nine matches to be precise. The average first innings has been very low (113) since 2015 in T20s at the Civil Services CC.

Pacers have bagged the large chunk of wickets at this venue in the aforementioned time, 69.3 percent of wickets as compared to 30.7 percent. But, there hasn’t been much of a difference in strike rates, pacers (16.6) have edged over spinners (18.1) a touch.

Quinton de Kock looked good for a big one in the first T20I, but fell early in an attempt to accelerate even more. However, the left-handed opener has been in sensational form and is certain to bounce back. De Kock is the only batsman who has scored 500+ runs at an average of 40+ and strike rate of 150+ in T20Is since 2019. With a record like this, de Kock is certain to be the captain.

The right-handed dashing opener might have missed out in the first match, But Paul Stirling has been Ireland’s mainstay in recent times. In T20Is since 2019, Paul Stirling has scored at strike rate 144.2 with 10 scores of over 50. No other Irish batsman has had more than five 50+ scores, which displays the impact of Stirling.

Our Criclytics player projection predicts, Stirling could score 18-28 runs in the second T20I

The success from the West Indies T20Is series was seen in Tabraiz Shamsi as he bagged four wickets in the first T20I. In fact, this year itself has been a grand one for Shamsi. He has 21 wickets at an average of 13.5 and a strike rate of 14.5. No bowler has bagged more wickets than him in internationals this year. This is also the most wickets a South African bowler has bagged in a calendar year in the format. With a purple patch behind, Shamsi is certainly one of our X-factors

Our Criclytics player projection predicts, Shamsi could bag 2-3 wickets in the second T20I

Since his debut in May 2019, the right-arm quick, Mark Adair has been the most successful bowler for Ireland in T20Is with 30 wickets. He has bagged wickets at a bowling strike rate of 13.8, which is the best among all the Irish bowlers. In the first T20I, though he went for runs, he was amongst the wickets (3/39). As an extra, he is handy with the bat as well, which is why he is an X-factor.

Our Criclytics player projection predicts, Adair could score 10-16 runs and bag 0-1 wicket in the second T20I