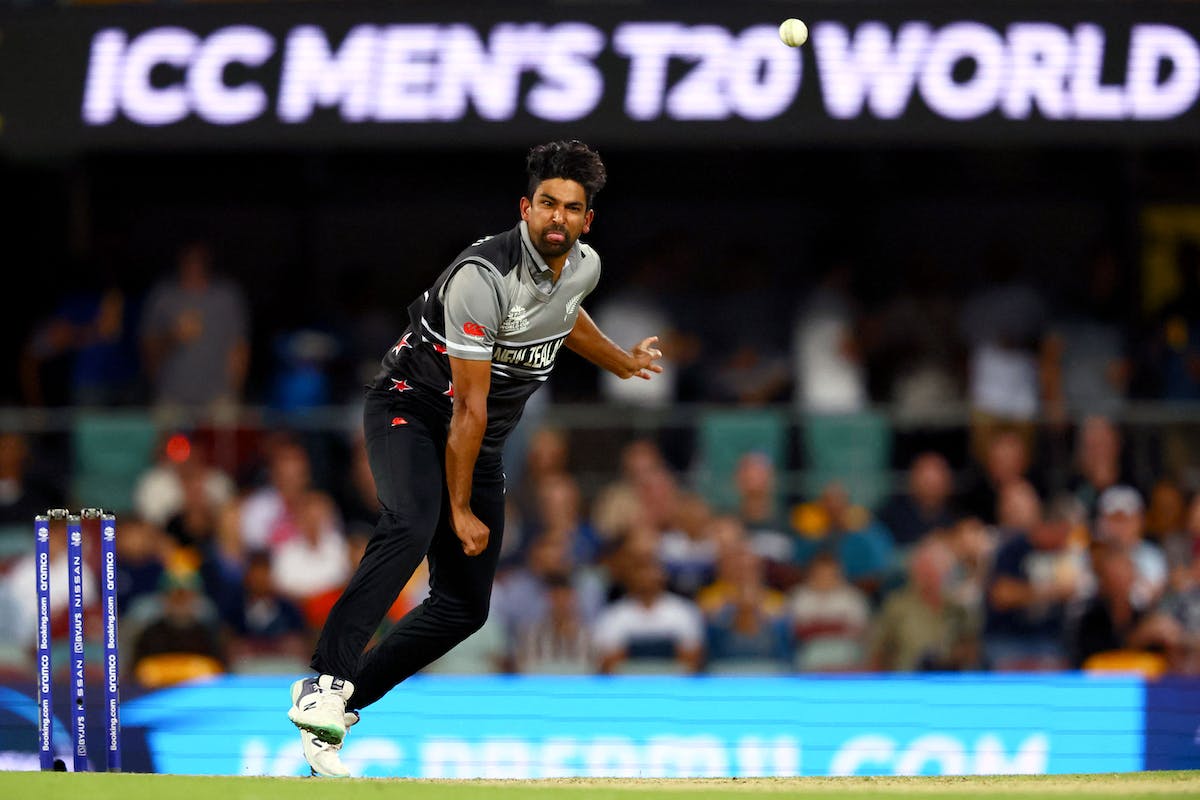 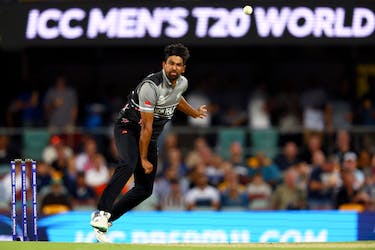 The cramped international calendar has been under the lens for some time now but senior New Zealand spinner Ish Sodhi doesn't mind playing a few extra games to compensate for the matches he lost out on during the COVID-19 pandemic.

Less than a week after the T20 World Cup ended, Australia and England are engaged in an ODI series while a new-look Indian team under Hardik Pandya is on a limited-overs tour of New Zealand. The first T20I of the three-match series between India and New Zealand was washed out on Friday.

Asked if the busy itinerary is putting a lot of pressure on players, Sodhi disagreed.

"To be honest, I haven't looked at schedules hell of a lot, but it looks in last few years we have to put a lot of cricket in short space of time and whether that's something to do with COVID or having missed out on a lot of cricket," Sodhi told reporters after the tour opener against India was abandoned.

But Sodhi, who has played 86 T20Is for the Black Caps with 109 wickets to his credit, is happy that there is a lot of cricket happening at the moment.

"I think first and foremost we are happy to be playing the amount of cricket we are playing, having missed out on a quite a few series in last two years has been challenging.

"As a cricketer, in the last few years, we lost out on a few games which we could have potentially played. Yes, if we could sneak in a few matches, it would be great," he feels but is aware that workload management would always be an important criterion.

"Lot of international teams have a lot of depth and associations are finding time to give players rest as it really is an important part of game," he added.

Cricket is a weather-dependent game and there has been calls from some quarters to have matches with convertible closed roof so that rain can't play a spoilsport. But the leg-spinner loves it in current form as weather patterns does add to the intrigue of the game.

"At the end of the day, you can't control the weather. Actually, the weather plays an important dynamic in the game of cricket and if there's a bit of weather around, you have to count for that as a tactic," Sodhi stated.

"And generally when there is rain, you get a bit more idea about DLS (Duckworth-Lewis System) or what you are chasing. If playing under cover (roof) is more beneficial, then it's up to people who decide."

The current bowling attack of New Zealand is one of the best they have had since the inception of T20s and Sodhi feels blessed to be part of that elite bunch.

"I think all aggressive bowlers are in our attack. We are blessed to have 150-click bowlers such as Adam Milne and Lockie Ferguson, supplemented by great 'old kids' (Trent Boult and Tim Southee), who might not have pace but are wily with their variations," he said.

With Mitchell Santner, an orthodox left-arm spinner, holding one end up, Sodhi's duty is to attack, which the wrist spinners do better as they get to turn the ball off the surface more than finger spinners.

"Santner is incredibly economical on best of days and so role that fits in for me is that of aggressive one. If you look across the board, internationally lot of teams are looking at leg spinners in their sides because they can turn the ball both ways, they have got mystery and under lights can be quite hard to pick," Sodhi explained the rationale behind teams opting for wrist spinners in their playing XIs.