Come crunch time and the Rajasthan Royals crumbled. It was a must-win game for Ajinkya Rahane’s men but they choked with little conviction.

The six-wicket victory put Delhi Capitals in second, with Rajasthan’s campaign ending on a tame note.

Chasing 116, Delhi made a decent start but Ish Sodhi put the skids on the Royals getting rid of Shikhar Dhawan and Prithvi Shaw, the very next ball.

Captain Shreyas Iyer and Pant then consolidated before one Shreyas (Gopal) got the better of his younger namesake.

But Pant wasn’t going to let the game get away and accelerated when required to eventually grab an easy win.

Opting to bat first on a dry, slow wicket, the Royals got off to a horrendous start, losing their skipper for two at the end of the second over.

In his next over, Ishant bagged his second, having dismissed Rahane earlier, as he castled Liam Livingstone with Rajasthan in a spot of bother at 20 for two.

Sanju Samson was the next to go a few balls later, run out after a miscommunication with Mahipal Lomror.

Within the Powerplay, Ishant had his third wicket – Lomror getting an edge through to Rishabh Pant.

Gopal and young Riyan Parag then began rebuilding the innings taking the Royals to 57 for four in 11 overs. Just as things looked to have settled veteran Mishra wreaked havoc. He first had Shreyas stumped and sent Stuart Binny back to the hut in consecutive balls.

With his fourth IPL hat-trick beckoning, Mishra fell agonizingly short. Krishnappa Gowtham attempted a slog off the hat-trick ball only for Trent Boult to misjudge it as Gowtham lived to fight another day.

But the Karnataka offie was in no mood to hang around and held out to Ishant at long off in Mishra’s next over.

Parag, though, was showing tremendous grit at the other end trying to ensure his side had something to defend. With two lusty blows over the fence in the 20th over, Parag become the youngest player, at 17 years and 175 days, to score a half century in the IPL. By the time Parag left off the final ball of the innings, Rajasthan had 115 for nine on the board, which was never going to be enough. 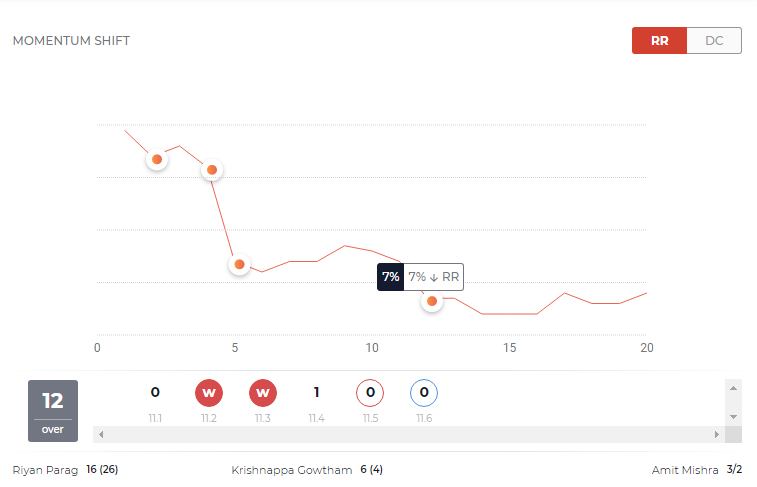 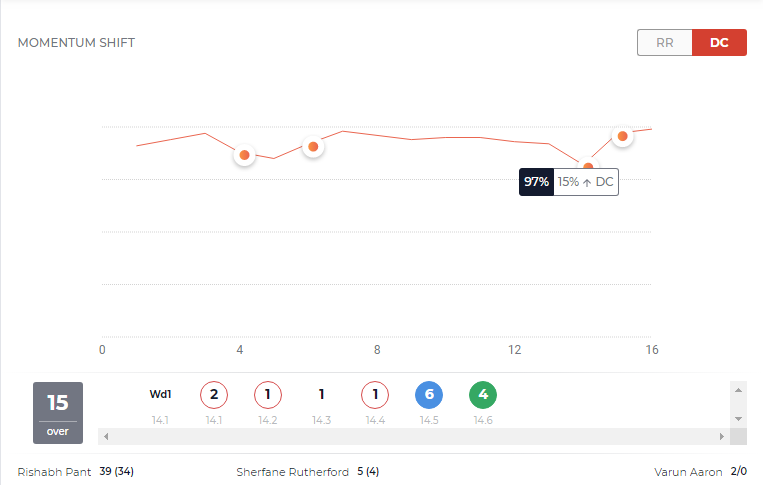 Varun Aaron conceded 16 runs in the 15th over and Delhi’s chances of winning went up 15% to 97, their highest during the match.