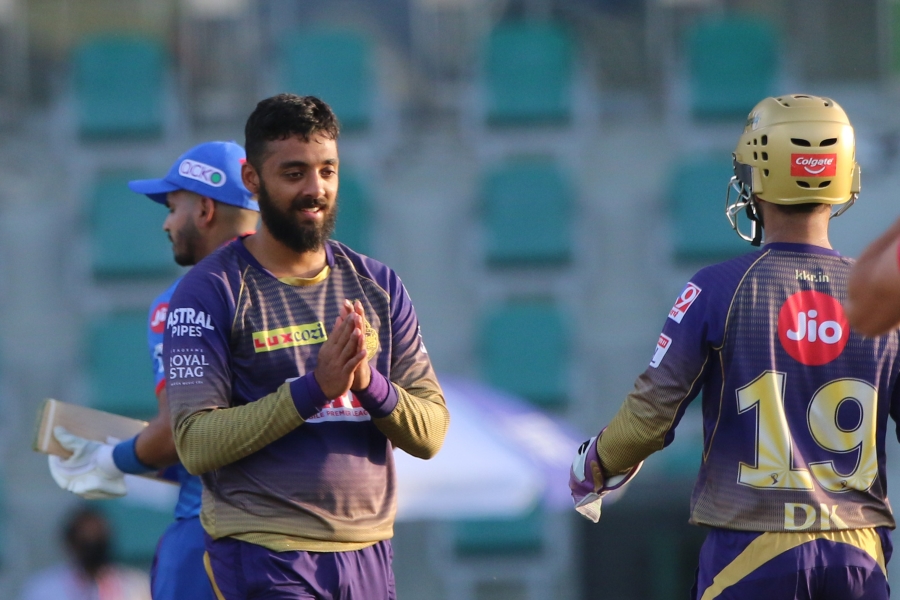 PTI
'It feels surreal,' says Chakravarthy on his maiden India call-up
The KKR spinner took a five-wicket haul against DC earlier in the competition, forcing the national selectors to take notice

"It feels surreal," said the architect-turned-mystery spinner Varun Chakravarthy after he got a maiden India call-up for the T20 series in Australia following his exploits for Kolkata Knight Riders in the ongoing IPL. The 29-year-old, who only started taking his spin bowling seriously in 2018, said he was not expecting to be picked in the national team. He has played only 12 T20s and featured in a lone First-Class game.

"After the match got over I got to know (of my selection into the Indian team). I keep using the same word again and again, it feels surreal," he told BCCI.tv after the game against Kings XI Punjab on Monday night.

"My basic goal was to play in the team regularly and perform and contribute to their wins. Hopefully I'll be able to do the same for India. I am not very active on social media and I have to thank the selectors for keeping their faith in me. I don't really have words."

Varun took a five-wicket haul against Delhi Capitals earlier in the competition, forcing the national selectors to take notice. "I pretty much started my spin bowling in 2018, that's when I got my breakthrough in TNPL, it's been high and lows - last year, I didn't get many chances and I injured myself, I'm grateful for making a comeback this year," he said.

"I have been working hard, but the motivation and faith has come from a lot of people around me," Varun had said at the post-match presentation after the game against Capitals.

"Around 2015, when I was not making a lot of money (the switch from being an architect to becoming a cricketer), was freelancing and wasn't able to meet my needs, I thought I would do something different, that's when I turned to cricket.

"I still do it, I like that as well (being an architect)," he had said.

NEWS
Impressed with Chakravarthy's performances in IPL: Tendulkar
The KKR spinner has picked up 12 wickets and is the leading wicket-taker for his side

NEWS
It was a surreal moment: Chakravarthy on dismissing Dhoni
Representing Kolkata Knight Riders, Chakravarthy dismissed Dhoni at a crucial stage in their IPL match against Chennai Super Kings on Wednesday