It was stupid cricket with the bat: KL Rahul 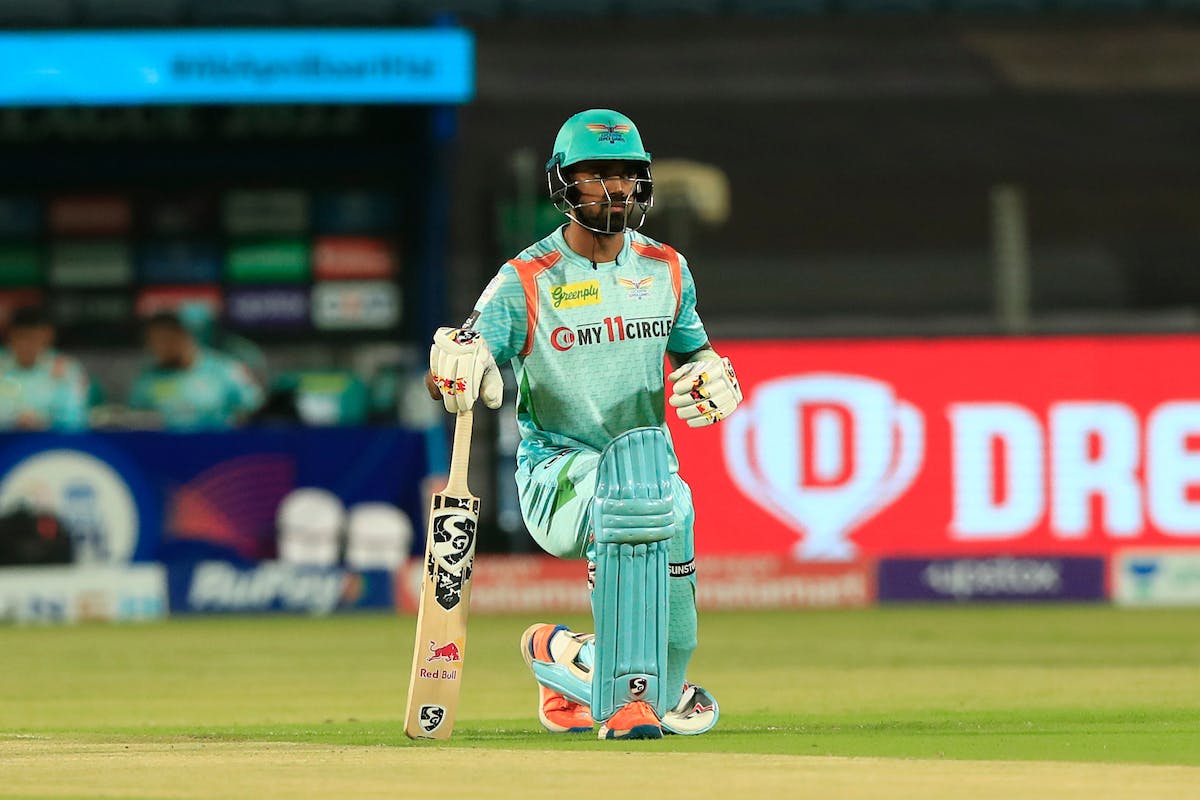 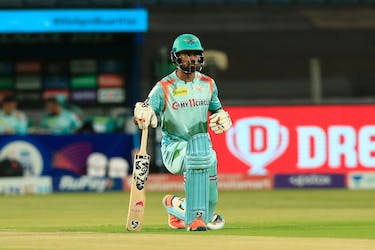 It was stupid cricket with the bat: KL Rahul

KL Rahul was infuriated with Lucknow Super Giants' performance with the bat, while Punjab Kings captain Mayank Agarwal disappointed with the same thing following their 20-run defeat at the MCA Stadium in Pune on Friday.

On a tricky surface, LSG were restricted to 153/8 in 20 overs with most of their top batters being dismissed for small scores.

"I was fuming after the first innings because it was stupid cricket with the bat, the experienced guys in the team," Rahul said at the post-match presentation.

"It does happen but we did talk about it at the timeout that it's a tricky pitch but 160 is something we can put on the board. But a couple of bad shots and the runout didn't help. I was unhappy with that middle phase but this game has been completely about the bowlers," he added.

Dushmantha Chameera and Mohsin Khan added a combined 30 runs at the end which proved to be crucial while defending.

"The way they scored those crucial 25-30 runs at the back end and then the way they bowled throughout the 20 overs was brilliant. They executed their plans to perfection and they held their nerve," Rahul said.

Quinton de Kock (46 off 37 balls) and Deepak Hooda (34 off 28 balls) were the biggest contributors in the top seven as the pair added 85 for the second wicket. Rahul felt there was a need for a big contribution from his established batters.

"If one of the top 3 had continued and gotten a 70 or 80, we probably would have got 10 or 15 runs extra, but that didn't happen and we lost four or five wickets in the space of three or four overs and that pushed us back a little bit," he said.

Punjab skipper Mayank Agarwal was disappointed with his batters' poor shot selection as they kept losing wickets at regular intervals.

"I think we just kept losing wickets. We had batsmen who were set but we kept getting out. That's where we lost the game, so many soft dismissals for us. Obviously it's disappointing. We need to face the truth that we didn't bat well today. It should have been chased down but we were below par with bat," he said.

Chameera (2-17) and Mohsin (3-24) were the star performers with the ball while Krunal Pandya and Ravi Bishnoi accounted for three dismissals to derail Punjab's chase.

"The new ball was doing a bit. There was good bounce and it was seaming a bit. So the new ball was crucial but after that it did get a lot better to bat on. I think the one odd ball was stopping and turning a bit," Mayank said.

Mayank was once again generous in his praise for Kagiso Rabada (4-38) and Arshdeep Singh (0-23) as the pacer duo kept LSG's batters in check.

"I think we're bowling exceedingly well. As a bowling unit, we're doing a lot of things right. Arshdeep has stepped up, even Rahul got wickets today, KG being the big guy has stepped up and gotten us important wickets," he said.