It's a bad day at the office: Du Plessis 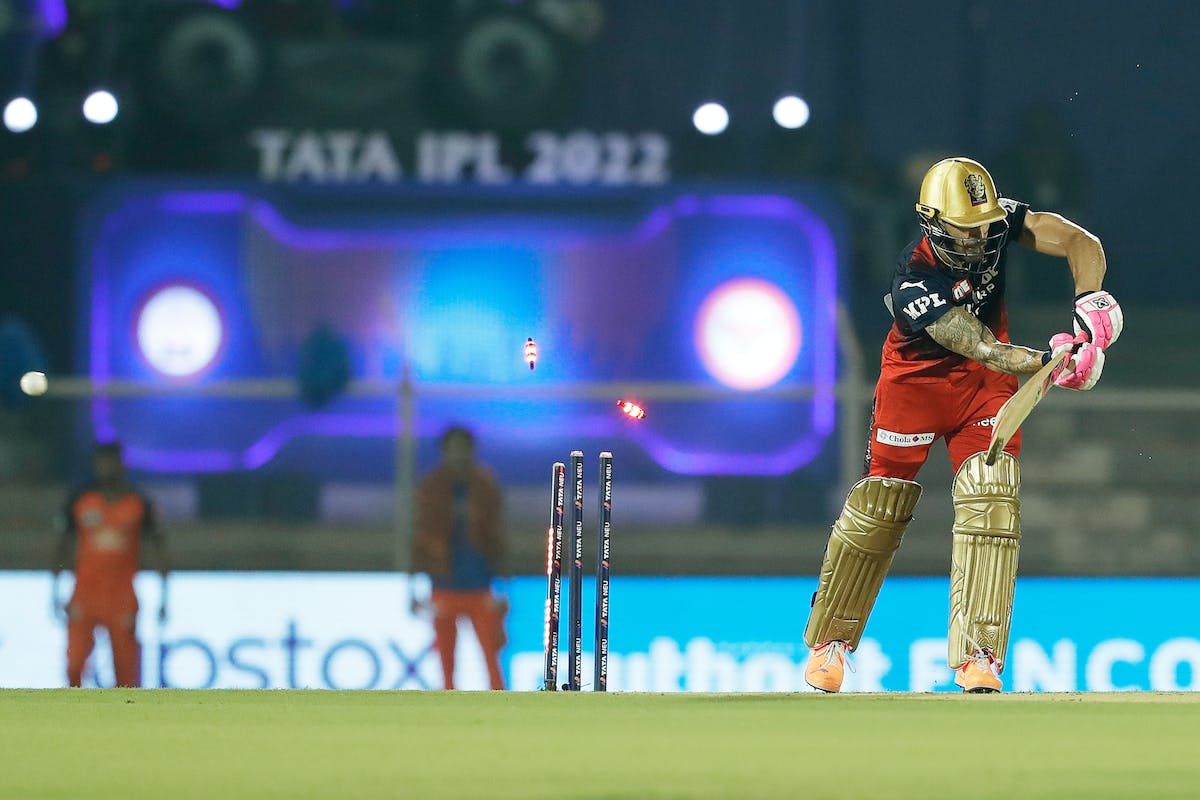 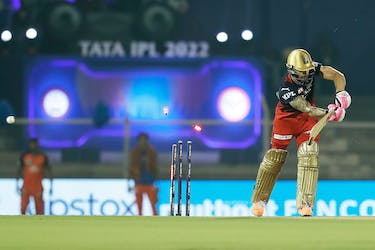 It's a bad day at the office: Du Plessis

Royal Challengers Bangalore captain Faf Du Plessis felt that the first four overs of the match against Sunrisers Hyderabad was their undoing as the bowlers generated swing. RCB were skittled out for 68 runs with Marco Jansen (3-25) and T. Natarajan (3-10) ripping through their batting lineup, while SRH chased it down within eight over with nine wickets in hand.

"Those first four overs.... It's probably not losing four or five wickets up front. It was a little spicy in that first few overs, the balls swung a little bit, but you still have to find a way to get a good foundation, even if it means you just absorb it a little longer and sacrifice a few runs just to get through that seaming and swinging ball," Du Plessis said at the post-match presentation.

Jansen was wrecked through RCB top order when he sent back Du Plessis, Kohli and Anuj Rawat in the second over.

"Marco Jansen the way he bowled in that first over was very good, swinging the ball both ways and obviously getting some big wickets," he said.

Speaking about the pitch at Brabourne Stadium, Du Plessis felt that it was good for batting which they were unable to exploit.

"Looking at other matches in other games, it looked like this wicket looked probably the best out of every one so far. Our expectation was this would be a very good wicket, but in all good wickets, you still have to assess in those first two overs," the Proteas batter said.

Du Plessis felt there is no point in mulling over the heavy defeat as he felt they need to move on.

"There's no excuses. You still need to find a way.  A day like today is not great, so you want to make sure you don't get all emotional about a day like today."

"It's a bad day at the office, you keep your chin up, it's a long tournament, and in a day or two when we look at this game, we make sure we get the learning from it so when we play these guys again or come back to this ground, there is a bit of learning that has happened for us as a team going forward," Du Plessis said.

"It was one of those days really. There was a little bit in the air and the guys bowled beautifully and we caught well. For things to unfold like that, you need a bit to go your way and we got that," Williamson said.

Speaking about the individual performances, Williamson said that a bit of swing makes Jansen a threat for oppositions.

"Off the field, he's always up for a laugh. He's always very focused and very clear on what he wants to do. He clearly had an outstanding match today and he's got the skills to do that. When the ball is swinging a little bit, and a little bit of grass on the surface, he's a real threat for us," he said.

"There wasn't a lot of chat. He knew the drill. He's timing the ball beautifully and he's played a number of amazing match-winning knocks for us," Williamson said of the young left-hander.