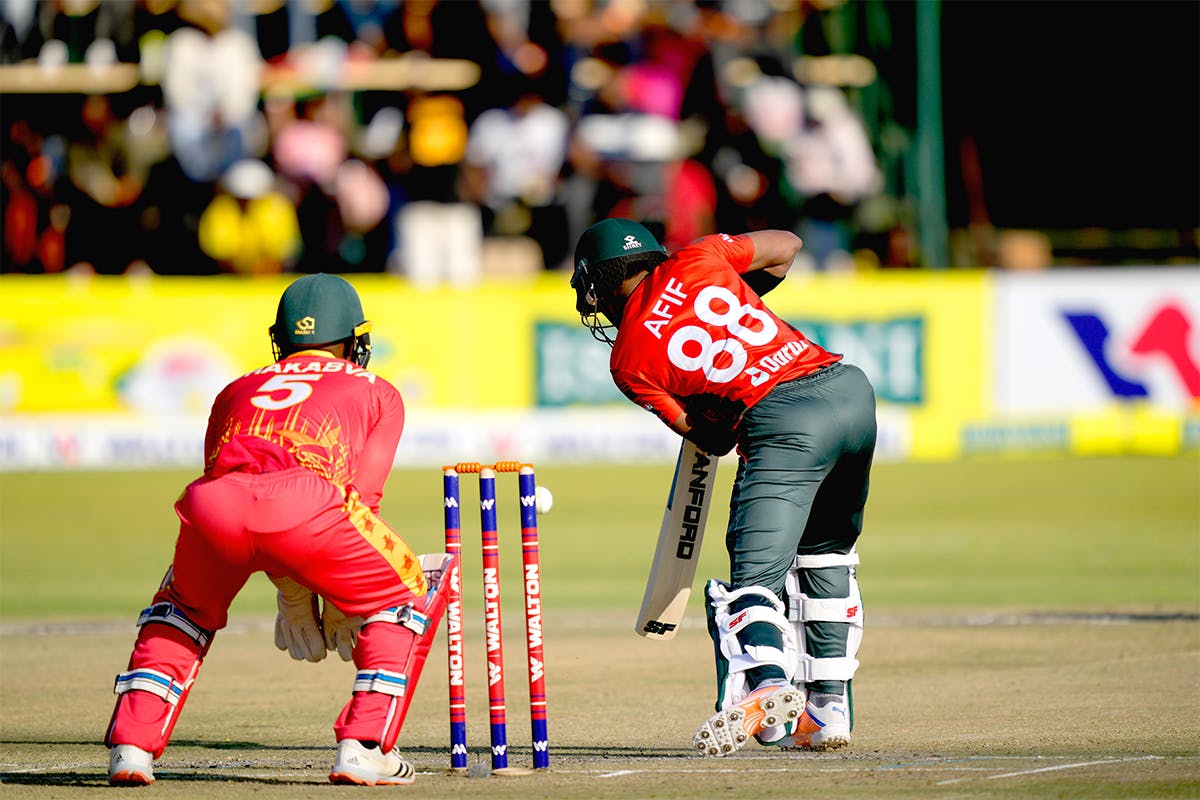 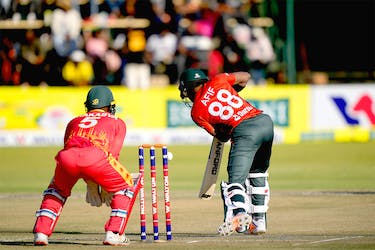 Bangladesh became the first Test-playing nation to lose a T20I series against Zimbabwe and team director Khaled Mahmud wasn’t too pleased with the performance. The 51-year-old felt players were playing to secure their places instead of going for the win.

Chasing a target of 157 in the series-decider, Bangladesh could only manage 146/8 in their 20 overs and went down by 10 runs. The likes of Afif Hossain, Najmul Hossain Shanto, Mahmudullah and Anamul Haque all operated at a below-par strike rate in the three-match series.

"I am very disappointed, I didn't expect to lose to Zimbabwe. We are a better team than them. I would call it a disgrace. I won't give any excuses. We should have won the T20I series," Mahmud said in Harare on Wednesday (August 3).

"Losing was quite unusual. When we needed 10 or 12 runs an over, we were getting six or seven every over. Nobody even tried to hit a six. Everyone was playing for ones and twos. What was that? They batted like trying to protect their place, make enough runs so that they don't lose their place.

"When you are chasing 157, you can't win a game by batting at 90 or 110 strike rate. Someone had to go after the bowling. Look at their (Burl and Jongwe) strike rate. They changed the complexion of the game. You can't expect Liton Das to score every day. Whether it was Afif or Shanto, I didn't see anyone batting aggressively. If you can't pull a short ball for six, that's going to be a problem."

Mahmud said there’s not too much competition for places in the T20I set-up and believes that the selectors picked the best possible options that were on offer in the domestic circuit.

"Those selected have all performed well in domestic cricket, including Munim Shahriar and Parvez (Hossain Emon). If your best players don't perform, there's nothing you can do.

"The cricketers can tell you what they have to do. They have been getting opportunities for quite some time now. There's not a lot of competition for places, so they should play with an open heart. I haven't seen them playing that way."

Bangladesh have won only two of their last 11 T20Is since last year's T20 World Cup, but the focus will now shift to ODIs, a format they prefer. The three-match ODI series will get underway on Friday in Harare.