While all the focus is on Trinbago Knight Riders and Guyana Amazon Warriors, two of the most successful teams in the history of the tournament, defending champions Barbados Tridents, Jamaica Tallawahs have quietly assembled a squad that look set for a top-four finish.

With the exception of spin power hitting in the middle order, the Rovman Powell-led team has it all: be it quality spin bowling unit, 140+kph pace, explosive openers, or power vs pace. In a tournament, where spinners are going to dominate, it could eventually turn out to be the difference between a championship victory and a semi-final exit.

‘Emerging’ problem: The tournament rules this year mandate franchises to give five games for the emerging players. The Tallawahs have no option but to play Nicholas Kirton – a player with a List-A Strike Rate of 65 and T20 Strike Rate of 90 - to meet the requirement because he is the only emerging player they have in their squad.

Jeavor Royal, the other emerging player picked in the draft, has been ruled out of the competition.

1. Andre Russell – Given Russell’s fitness history and that the Tallawahs have now roped in Fidel Edwards and Carlos Brathwaite to support Oshane Thomas, giving them at least 10 overs of pace. Russell’s bowling could be underused. However, even if it turns to be the case, the 32-year-old could cause enough damage just with the bat in hand.

2. Carlos Brathwaite – Brathwaite had a poor season last year with St Kitts and Nevis Patriots. But coming into a stronger setup, one for which he could also become the first-choice death bowler in addition to being a power hitting support to Andre Russell, there is a good chance he will enjoy a rewarding season.

3. Sandeep Lamichhane – A wrist spinner from a team that is expected to dominate the tournament. What more do you need? Screams of fantasy points. 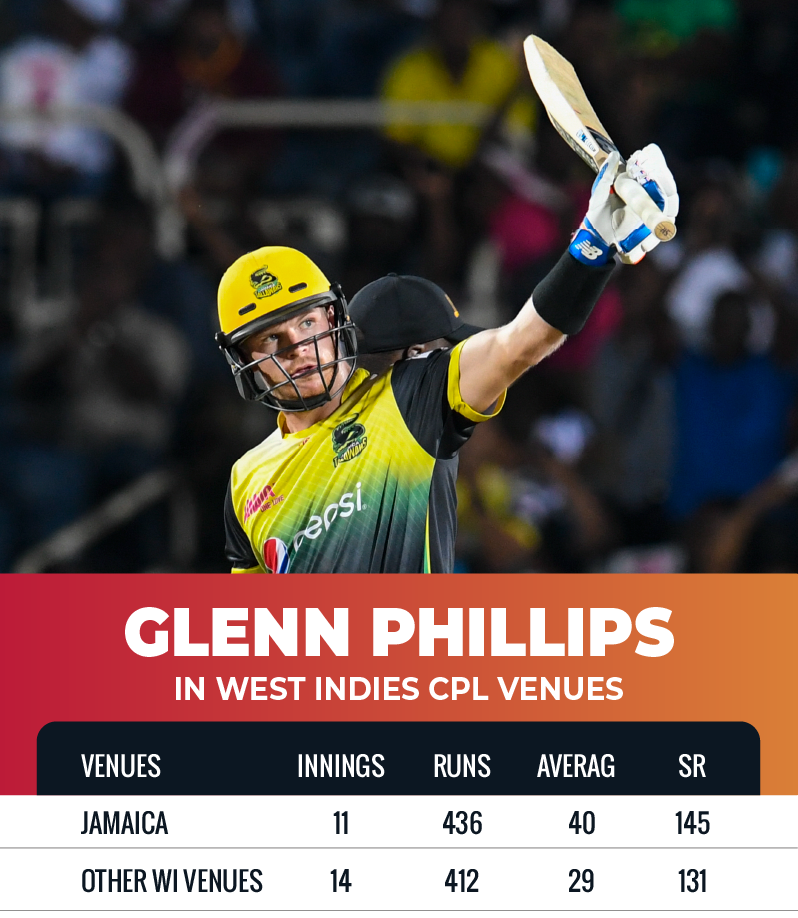 Without the Kingston cushion this year, the 23-year-old might not match his usual standards, but will continue to remain a decent fantasy option, courtesy of wicketkeeping points and continued improvement in his batting skillset.

5. Mujeeb-ur-Rahman – Mujeeb bowls majority of his overs in the powerplay and has developed a habit of underusing his most threatening delivery, the carrom ball. This results in him not getting a lot of wickets against batting units that are used to him or those that try to see him off.

But there is still enough value – driven by his economy and by situations where batsmen will be forced to attack him even inside powerplay – to rank him in the top 5.

6. Chadwick Walton – Walton has tasted some success last year, playing in the Bangladesh Premier League and Pakistan Super League. That puts him in good platform for this tournament, despite his mediocre returns in CPL 2019 (207 runs at an average of 23 and strike rate of 125). As the season progresses, however, he could become a victim of the slowness of decks. 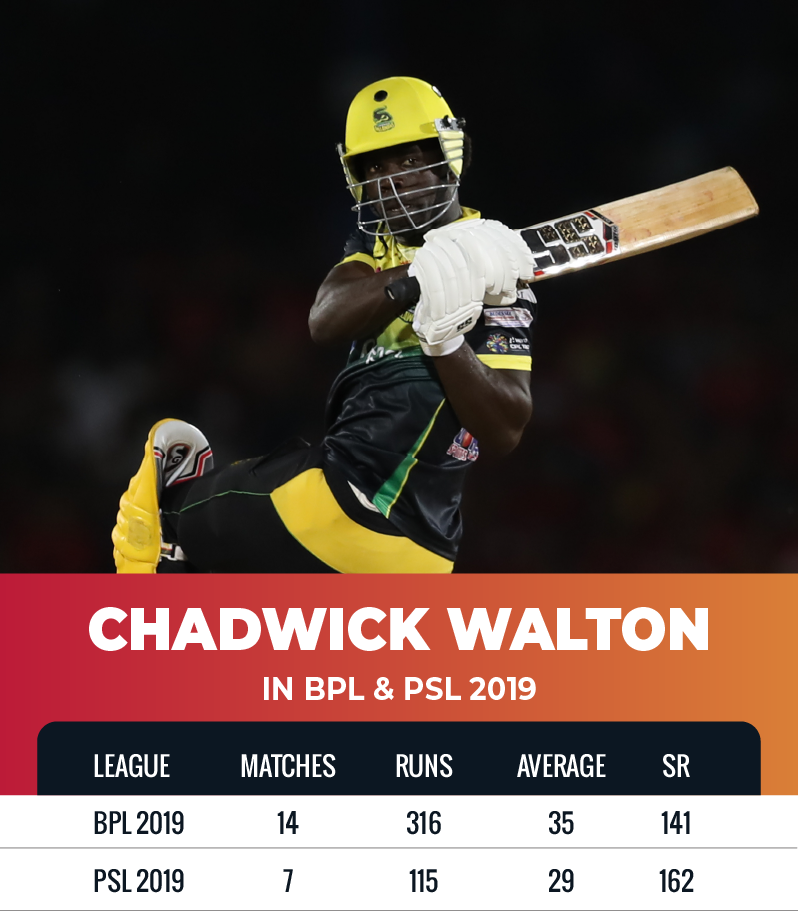 7. Rovman Powell – Given Powell’s form in the domestic circuit, he would be regretting not being able to make use of his home deck. Playing all his matches away from home and as part of a star-studded middle order could have a telling impact on his fantasy potential. 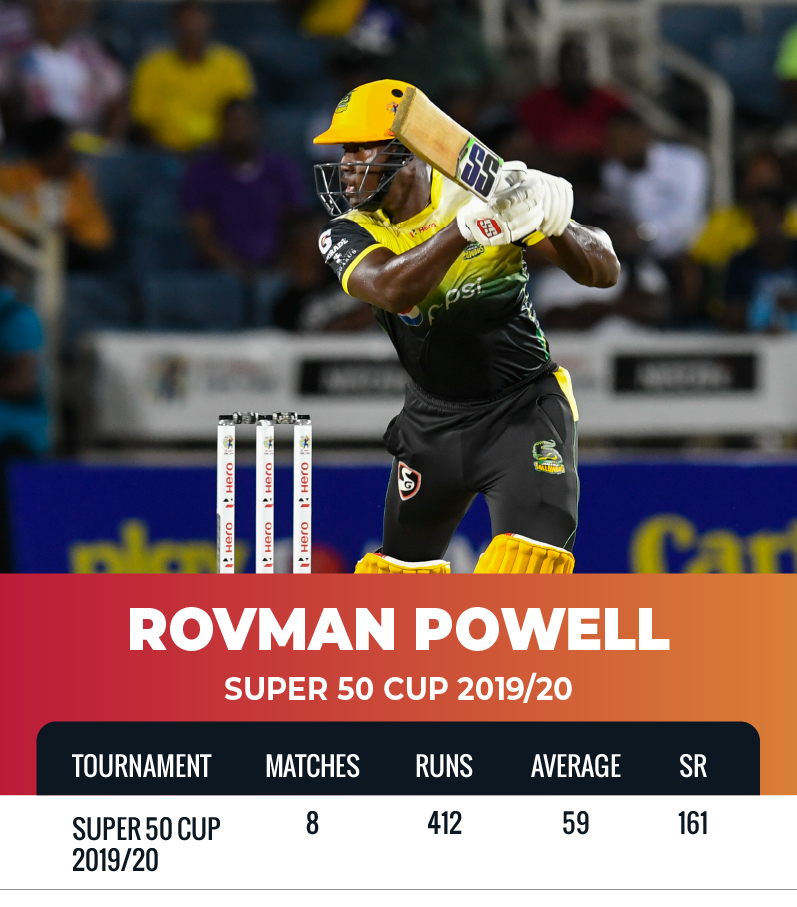 8. Oshane Thomas – If Thomas hits his strides early in the tournament and Jamaica play to their potential, the pace bowler could be in for a rewarding season, like the one he had in 2018. That they have a quality support bowling unit in Sandeep Lamichhane, Mujeeb-ur-Rahman and Fidel Edwards to support him could work in his favour as well. 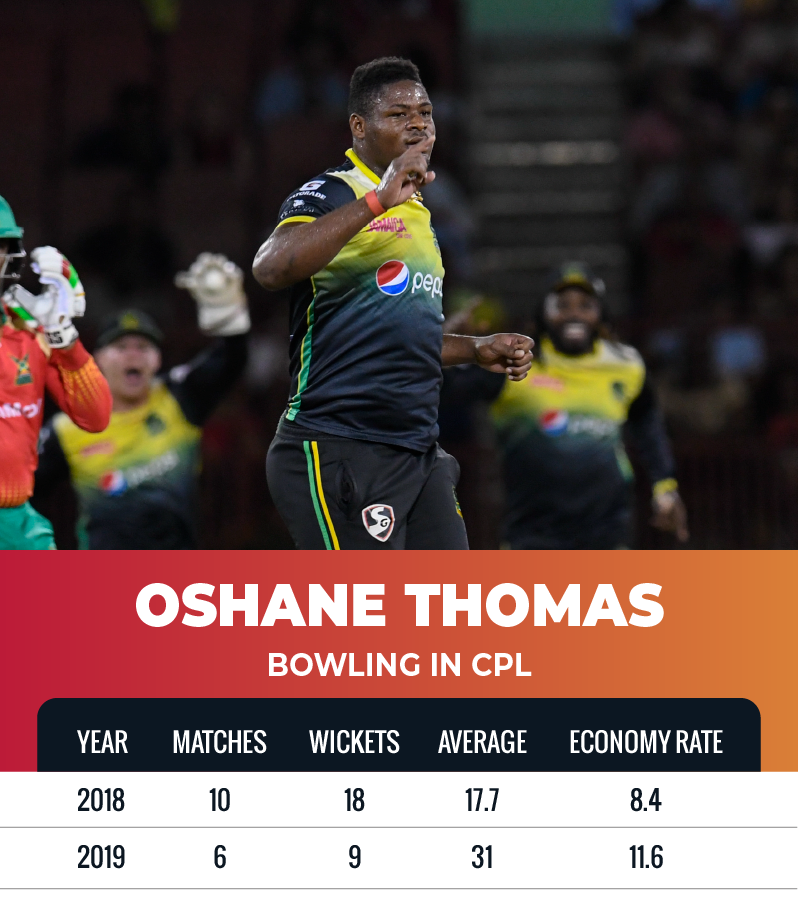 9. Asif Ali – The Pakistan overseas recruit could add value to the team with some impact cameos, but from a fantasy point of view, there isn’t much value for a batsman whose batting position is uncertain.

10. Fidel Edwards/Veerasamy Permaul/Jermaine Blackwood – All subject to rotation and hence no real value.

Overload value explained: Overload value explained: While making your fantasy teams, be it daily or seasonal, you will encounter situations where you have to take a call on getting in more than a certain number of players from a team into your squad. With Jamaica Tallawahs, one of the tournament’s pre-season favourites, you could go ahead with, say, even a 7-4 split in daily fantasy, as they are expected to do well this season.