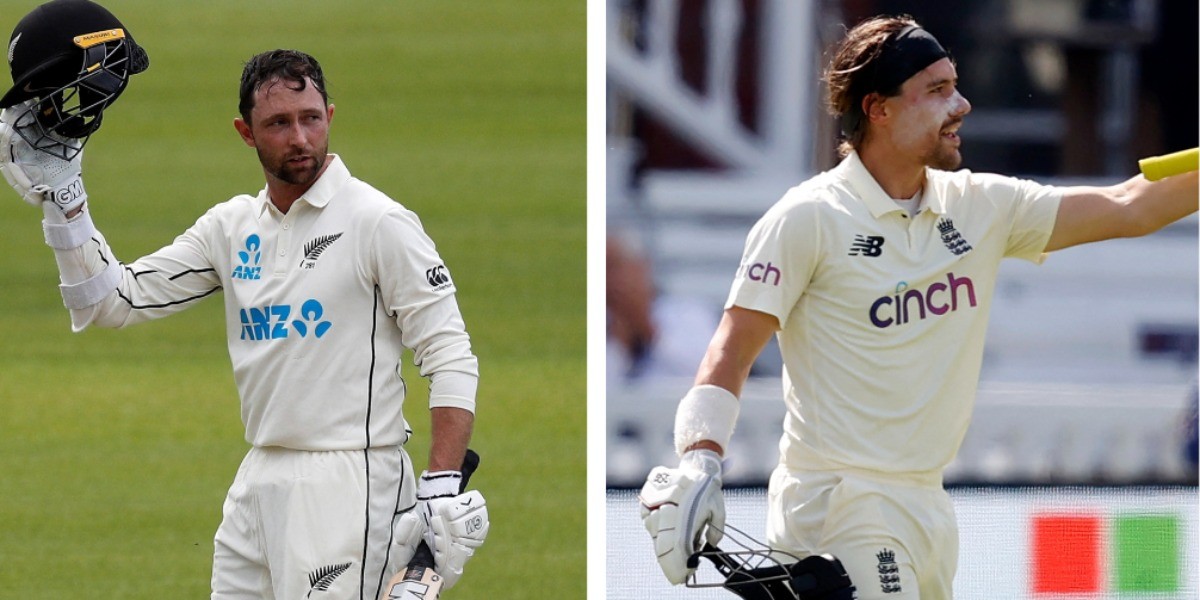 It was an enthralling game of cricket to welcome the English summer season of 2021. For the first two days, it was all about debutat Devon Conway. In the England innings, it was Rory Burns who lit the stage on fire with a sensational century. In fact, his century was one of the main reasons why England was able to force a draw in this match.

Among the two debutants for England, Ollie Robinson had a fantastic outing with both bat and ball. Meanwhile, young wicket-keeper James Bracey couldn’t do much with the bat. All-in-all, it was a fascinating start to a long English summer at the Home of Cricket, Lord’s. The only drawback from this match was the rain on the third day that forced a full day’s abandonment.

When the left-handed opener registered a double century in his debut innings, he had already entered the record books. But, when he scored another nine runs in the second innings, he got the most runs for an opener on debut in Tests, surpassing Kepler Wessels (208). After scoring another six runs, Conway had the most runs for a Blackcaps debutant. He went past Mathew Sinclair’s record of 214 runs that he had hit against West Indies – all 214 runs came in one innings – in 1999 in Wellington. 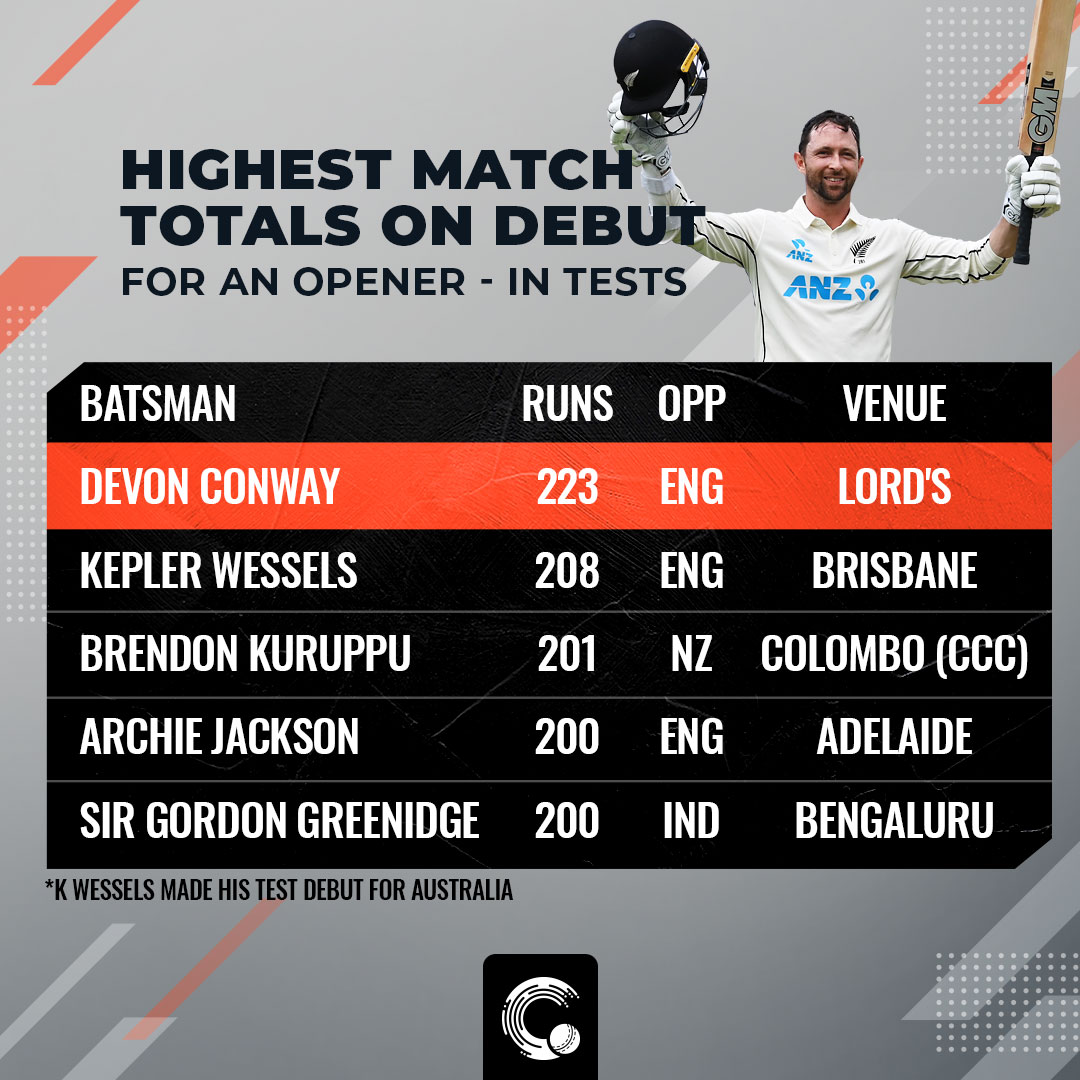 In both teams’ first innings, their openers were the shining light. It was Conway for New Zealand and Burns for England. None of the other batsmen were able to score big. For the Kiwis, Henry Nicholls, at least, was able to register a half-century (61). But, for England, the second highest score was 42 – Joe Root and Ollie Robinson. Both the openers were the last wicket to fall for their team. A certain rare feat, so rare, that this was only the second instance of both openers being the last wicket of the innings twice in a match. Desmond Haynes in 1980 against New Zealand missed carrying the bat twice (dismissed as the last wicket). 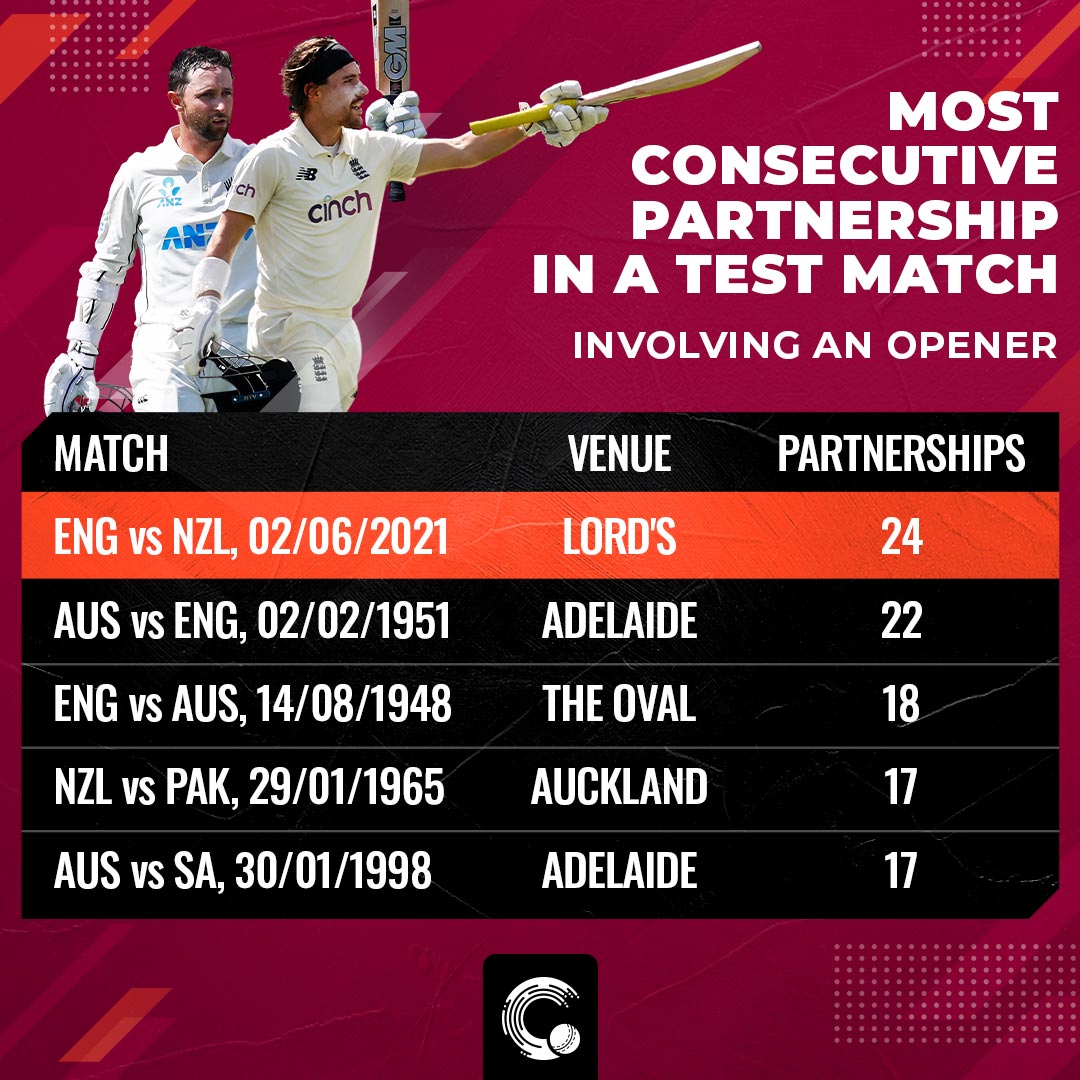 Ollie Robinson makes a mark on his debut

The tall medium pacers not only impressed with the ball in hand, but with the bat as well. Robinson might not have scored big, but his 42 runs turned out to be a crucial one in the first innings. With the ball in hand, Robinson bagged four wickets in the first innings and then followed it by a three-wicket haul in the second, ending up with 7 for 101 runs. Robinson was the 13th allrounder to score a 40+ in an inning and bag five+ wickets in a match and the last one dates back to 1996. Mark Ealham against India scored 51 in his first innings and picked six wickets in the match. Since 2000, his match spell of 7 for 101 is the third best for an English debutant. 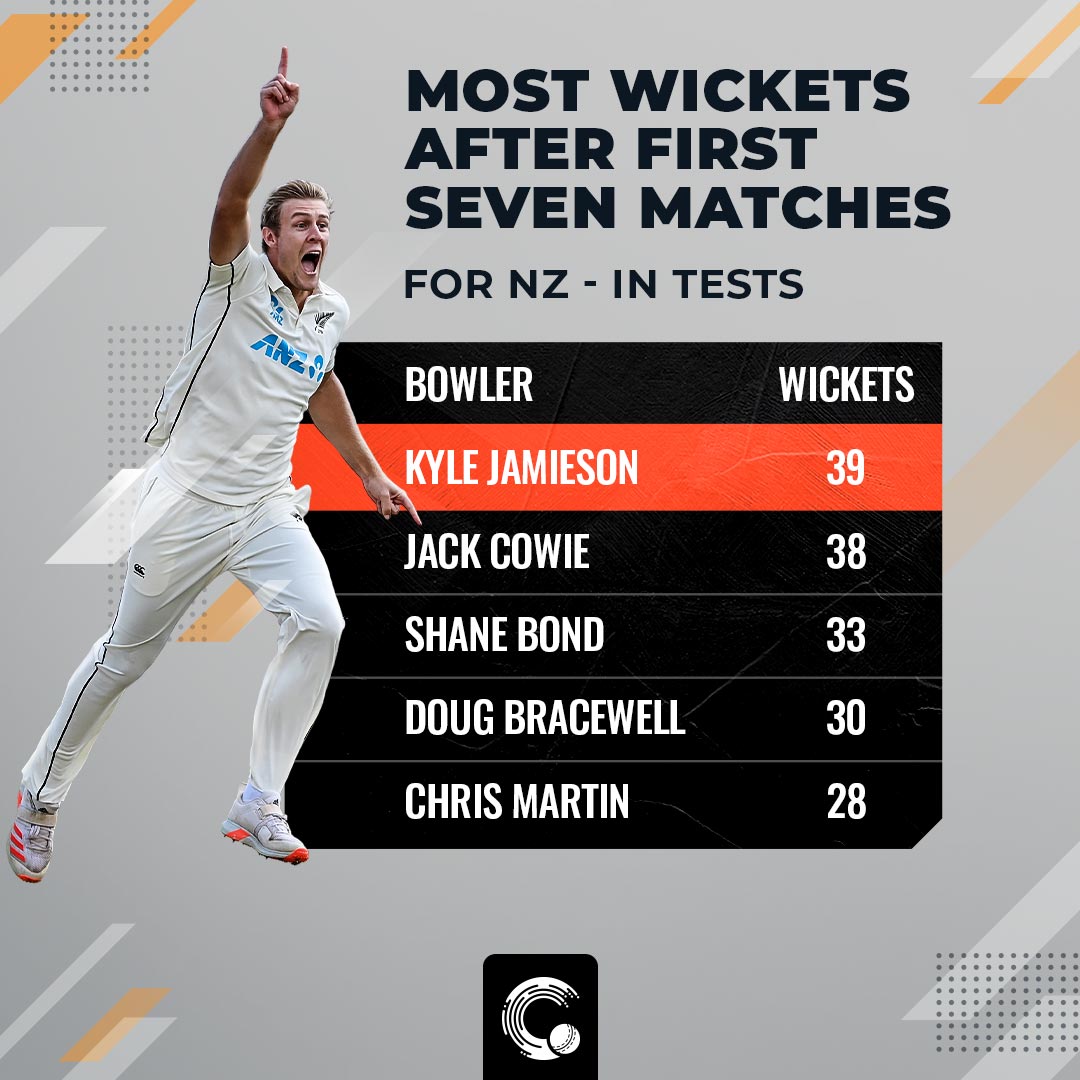 It has been a dream start for the six feet eight inches paceman from Auckland. In a span of seven matches, he has already surpassed a few legends in the wicket section. After the first Test, Jamieson had 39 wickets to his name, courtesy of a three-wicket haul in the first innings. He now has the most wickets for a Blackcaps bowler in the first seven matches. Jack Cowie had 38 in his first seven.