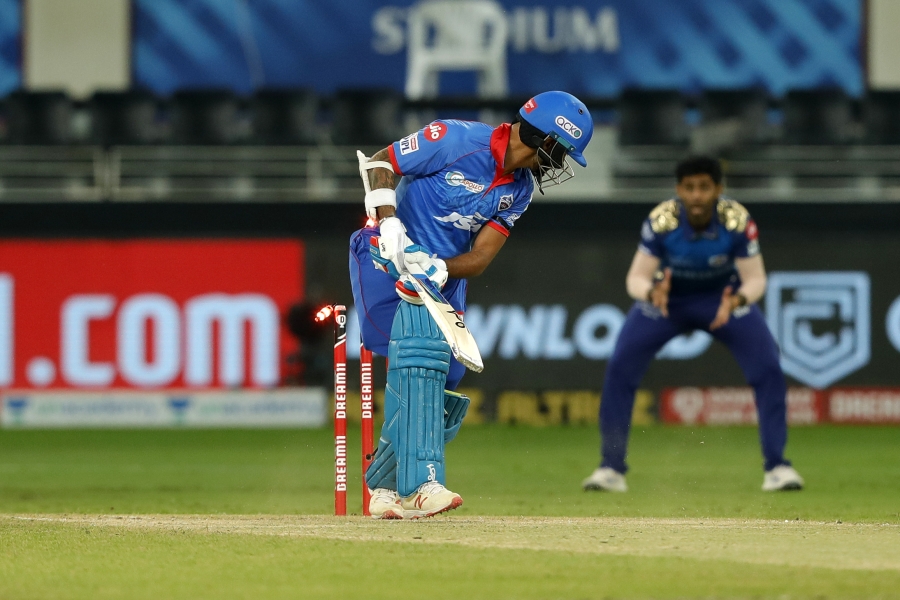 Here are the significant statistical milestones from Qualifier 1 between Mumbai Indians and Delhi Capitals:

Rohit Sharma is no doubt a destructive batsman, but there is one problem. Rohit isn’t as consistent like a Virat Kohli or a David Warner. Against Delhi Capitals, Rohit was dismissed for a first ball duck, which was his 13th in the IPL. Among top order (1-7) batsmen, his 13 ducks are the joint-most in IPL. Ajinkya Rahane and Parthiv Patel also have 13 ducks to their name. Overall in IPL, there are four batsmen with 13 ducks in IPL. 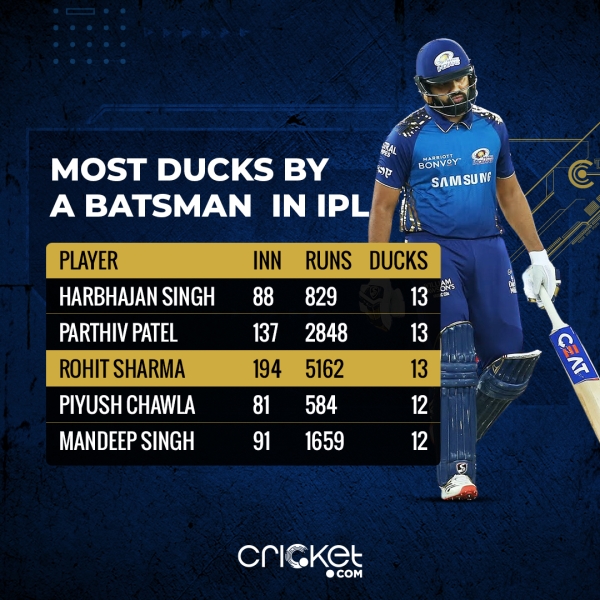 Even after losing Rohit in the second over of the innings, MI posted 63 runs in the first six overs. Quinton de Kock, the highest run-scorer for MI this season joined hands with the second highest run-scorer, Suryakumar Yadav after Rohit fell for a golden duck. As always is the case, de Kock was the aggressor scoring 38 runs at a strike rate of 181. Surya also was striking at 157. Hence, MI registered 63 runs in the Powerplay which is their highest this season. 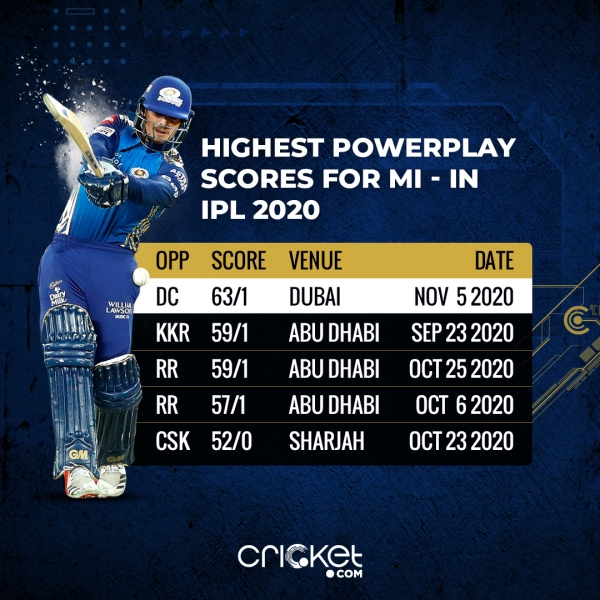 Rohit’s misery in the playoffs

When it comes to Rohit, no wonder he is an exceptional batsman and a captain, but his performance in these stages of the tournament has been awful. When playing in the other blue uniform (India), Rohit has a good record, but in IPL he averages less than 15 in the 19 innings he has played in the playoffs. Among batsmen who have scored 100+ runs in the playoffs, Rohit’s average of 12.7 is the lowest. 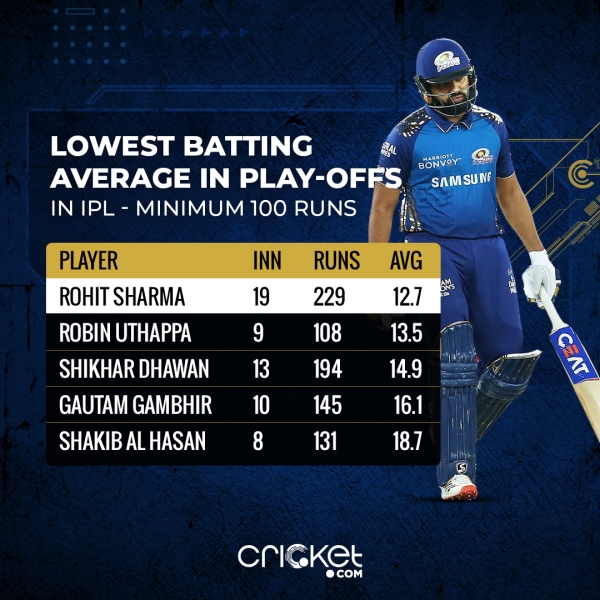 Most wickets lost in the first over of an innings 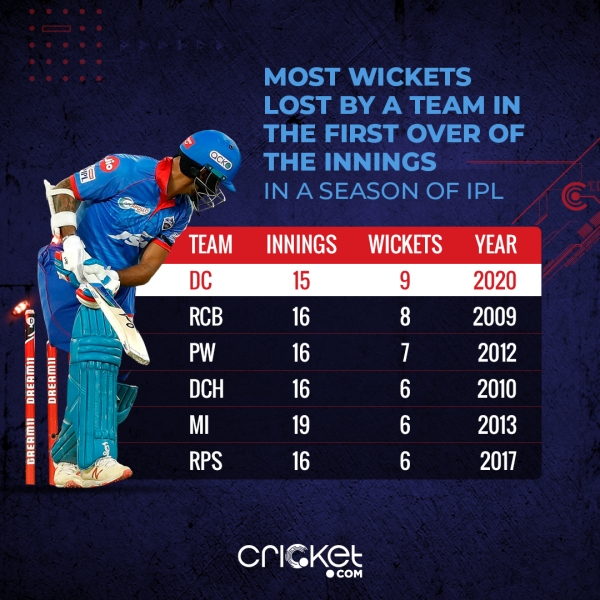 Lowest score for the loss of three wickets

Chasing a mammoth target of 201 against a top bowling team is always difficult. Let alone the opener, the whole of the top three batsmen of DC were bundled out for ducks. Trent Boult started off the proceedings with a double-wicket maiden and Jasprit Bumrah packed off Shikhar Dhawan for his fourth duck of the season in the second over. At the end of 1.2 overs, DC were three down without a run on board. For the first time ever in IPL history, three wickets were lost by a team with zero runs on the board. Also, this was the second instance of the top three dismissed for a duck in IPL. The first one was by Deccan Chargers against Chennai Super Kings in 2009 in East London. 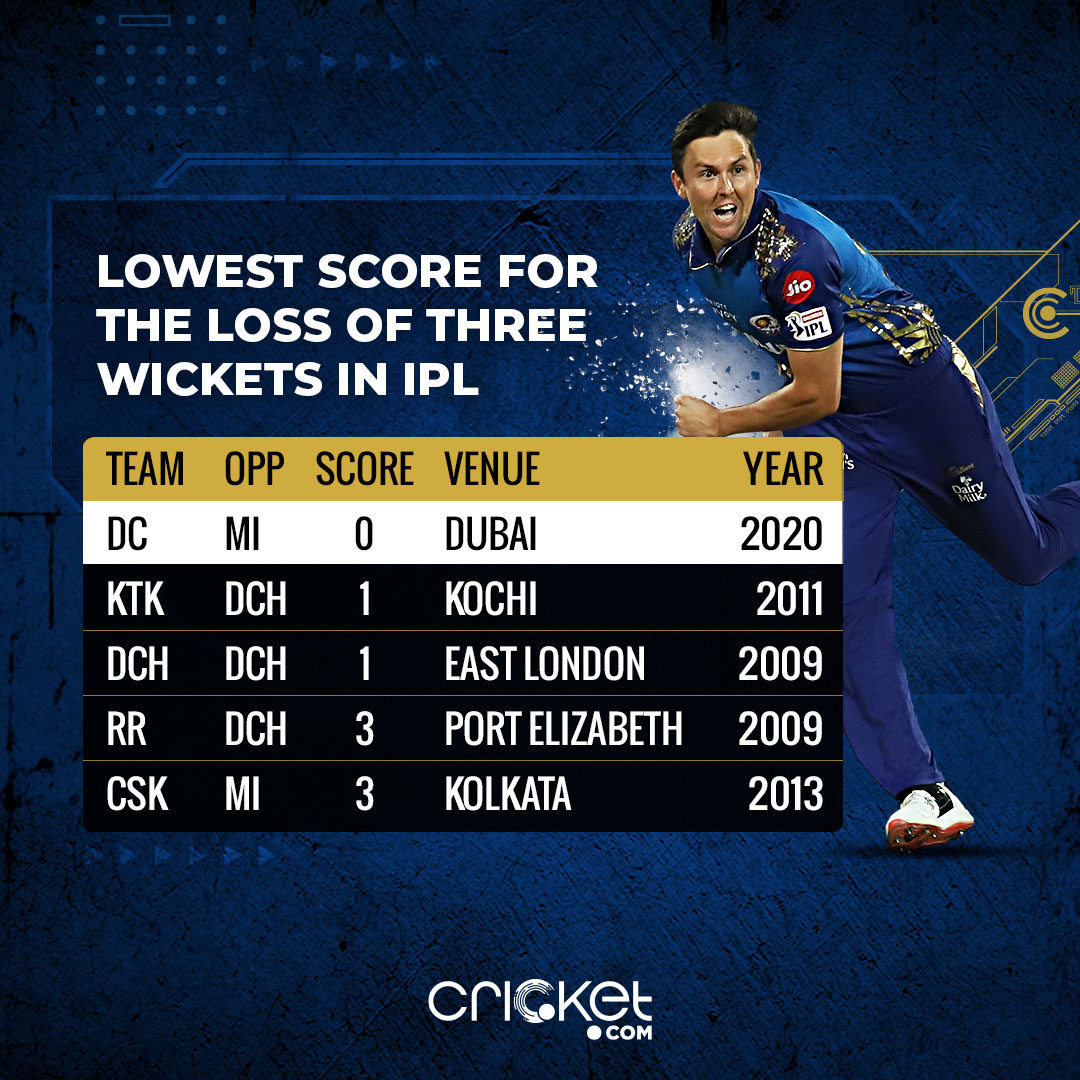 Most wickets by an Indian bowler in a season of IPL

The rustiness of not bowling for a long time was evident in the few matches at the start for Bumrah. However, the Super Over against RCB was certainly a turnaround for the right-arm quick. After that (10th Match) game, Bumrah has played 11 matches and has 24 wickets at an economy of 5.9. In today’s (05 November) match against DC, he registered a spell of 4/14, which is his best in IPL. It just doesn’t end there, Bumrah now has 27 wickets this season, which is the second-most by an MI bowler in a season of IPL and the best by an Indian bowler in a season of IPL. Bhuvneshwar Kumar held the record previously with 26 wickets in 2017. He is one wicket away from leveling Lasith Malinga (28) for the most wickets in a season for an MI bowler in IPL. 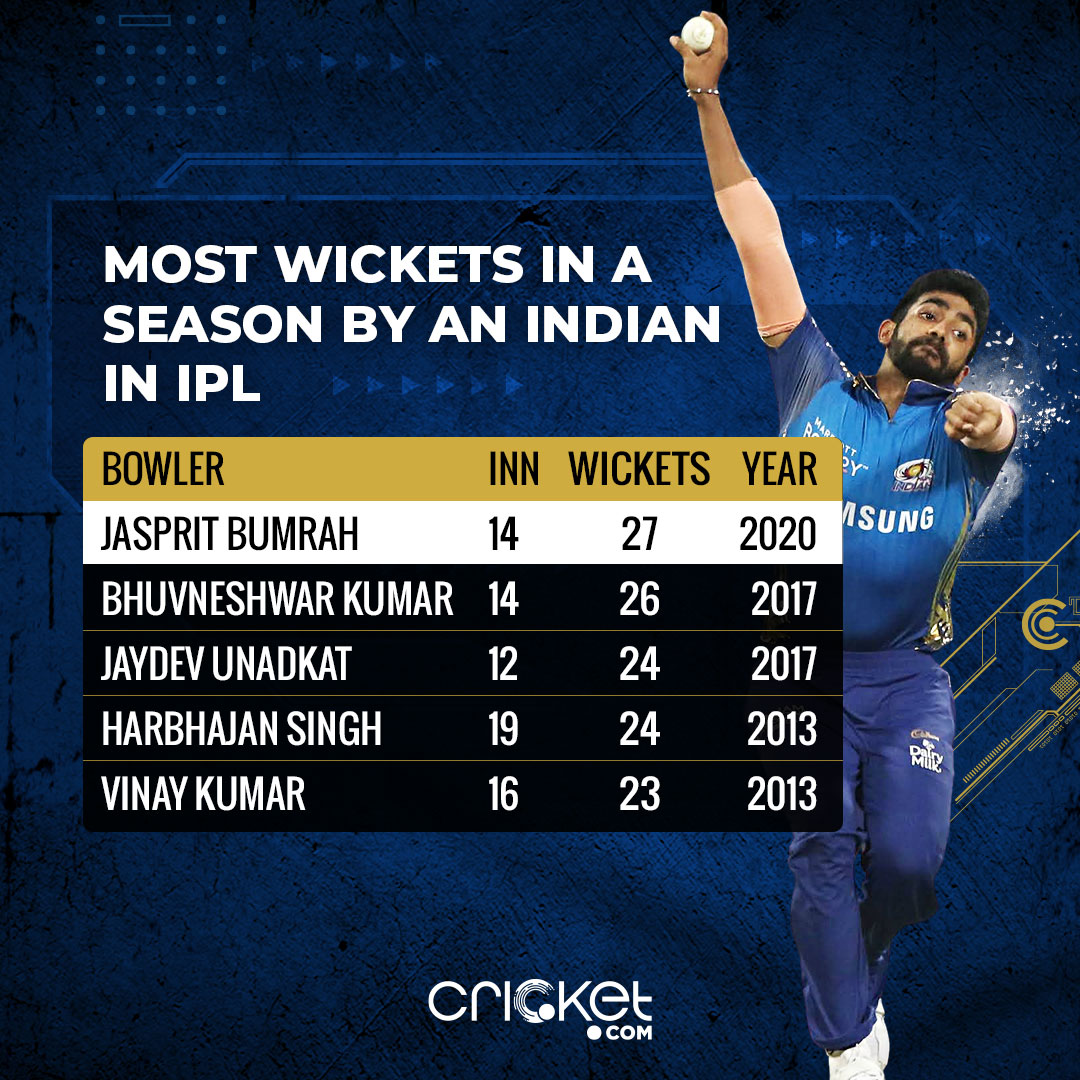