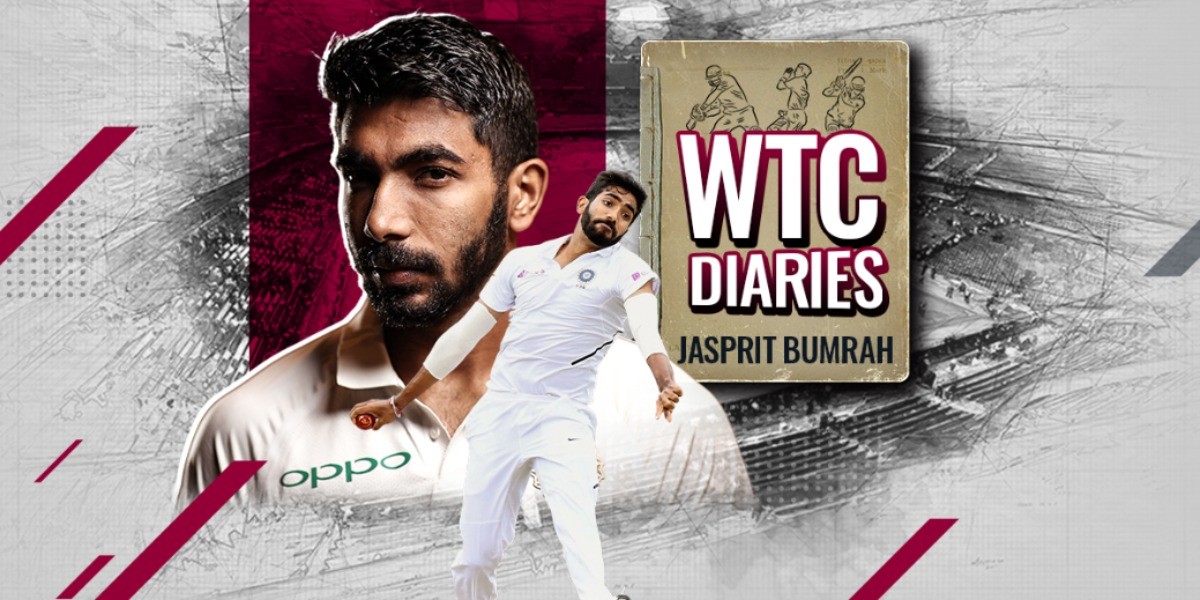 "They say Test cricket is the real cricket, and that is where I would like to prove myself. If you are good enough, you can do well in any form, so you can’t label a bowler and say he should be limited to one particular format. My action won’t play a bigger role in Test cricket, it’s more about bowling the right line and length for longer periods. My unconventional action will only help me for a shorter period, so it’s important for me to be consistent to have a long run. I will try to show everyone what I can do (in Test cricket)."

The year was 2016 and Jasprit Bumrah was just starting to make a name for himself in white-ball cricket. However, there were concerns about his fitness and unconventional action and people started to think he was not cut out for the longest format of the game. Bumrah already had a pretty good first-class record and was unfazed by everyone's opinion. It didn't take him too long to become India's premier pacer in ODIs and T20Is but the right-armer had to wait a couple of years to prove his worth in red-ball cricket.

When Virat Kohli was appointed as India's Test captain, he was very vocal about the need of having world-class fast bowlers in his arsenal. The likes of Mohammed Shami, Ishant Sharma, Umesh Yadav, and Bhuvneshwar Kumar worked on their fitness and were doing well, but India still needed that x-factor who could make things happen in all conditions. Bumrah finally made his Test debut in South Africa in January 2018, and three and a half years down the road, he has already become one of the best in the business. He is now the face of India's transformed pace attack!

A MAN FOR OVERSEAS TESTS

India have played 20 overseas Tests since his debut and Bumrah has featured in 17 of them, picking up 79 wickets at a stunning average of 21.59 and a strike rate of 47.9. Bumrah has taken the most number of wickets in away Tests since 2018. The second on the list is Shami, who has taken 61 scalps in the same number of Tests. Ishant and Pat Cummins have slightly better average but have played fewer games. Bumrah is an impact bowler. Since 2018, India have won eight overseas Tests and Bumrah has played seven of them, taking 48 wickets at a strike rate of 32. 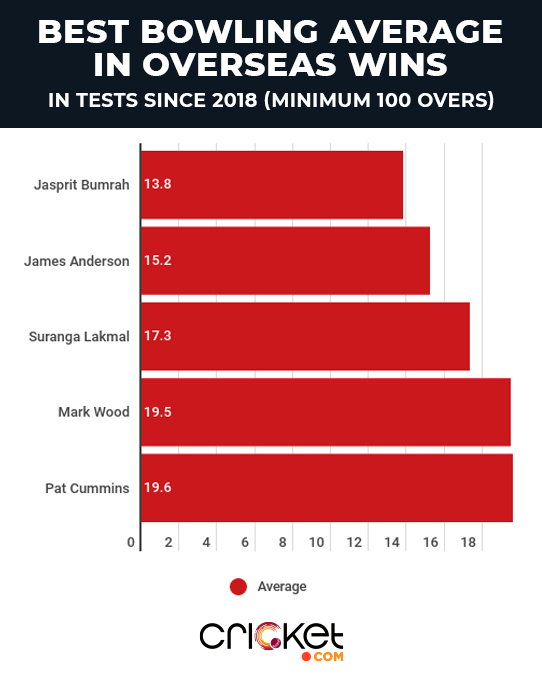 India's road to the World Test Championship final started from West Indies in August 2019 and Bumrah had already become a prolific Test bowler by then, having stamped his authority in South Africa, England and Australia. The pacer picked up a five-wicket haul in South Africa (14 wickets) and England (14 wickets), but it was his performance in Australia in 2018-19 which took him to a different level altogether. Bumrah claimed 21 wickets in four Tests at an average of 17 and helped India win their first Test series Down Under.

Bumrah took 48 wickets in 2018 - the most by a bowler from India in their debut year. His unorthodox action surely works in his favour but the 27-year-old is also street-smart and has got tremendous control over his line and length. On top of that, he is a great learner and has mastered the skills of moving the ball both ways. That inswinger to Keaton Jennings in Southampton, or that famous slower yorker to Shaun Marsh at the MCG, he knows how to make things happen. Bumrah has got all sorts of deliveries in his armoury and the best part about it is he knows when to use what.

India's first WTC assignment was a two-match Test series in West Indies and Bumrah wreaked havoc in both the encounters. He took 13 wickets at 9.23, including a hat-trick in Jamaica. He had a mediocre series in New Zealand but did contribute in the tour of Australia. Bumrah took 11 wickets at 29.36 in three Tests before he was ruled out of the famous Brisbane Test due to abdominal strain. India managed to pull off one of the most memorable victories on Day 5 at the Gabba, and Bumrah was standing outside, constantly guiding and applauding the likes of Mohammed Siraj, Shardul Thakur and T Natarajan, which tells you how much he has grown as an individual. 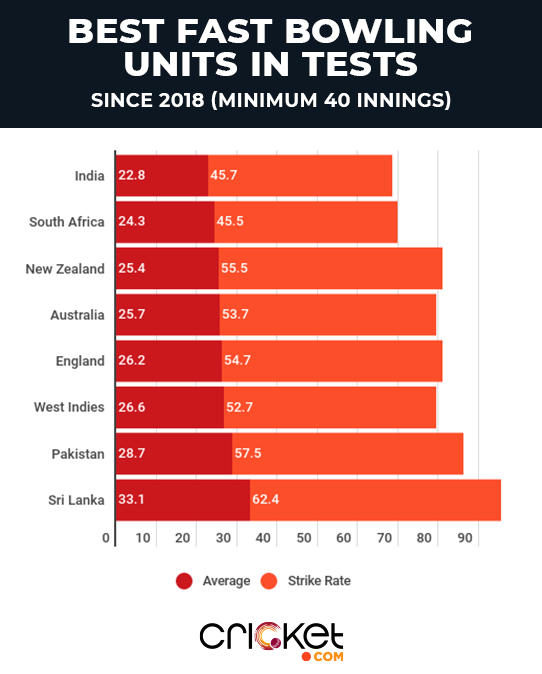 Ever since his arrival to Test cricket, India's fast bowling unit has become a different beast altogether. Their numbers are better than South Africa, New Zealand, Australia and England, who all possess some outstanding seamers. Bumrah also has a phenomenal record against middle-order (4-7) batsmen in away Tests, which helps India make sure that the opponents don't run away with the game. He averages 16.7 and has a strike rate of 16.7 against such batsmen, which is the best amongst bowlers who have taken at least 10 wickets.

CAN TAKE THE BACKSEAT, IF NEEDED

At the moment, Bumrah is the only Indian pacer who regularly plays all three formats. While he is the main man in overseas Tests, India don't really need his services in home conditions. R Ashwin, Ravindra Jadeja and other spinners take the majority of wickets in India, while Umesh, Ishant and Shami do the job in the pace department. Bumrah didn't feature in the home series against South Africa and Bangladesh in 2019, and had already featured in 17 away Tests before finally playing his first Test in India earlier this year. 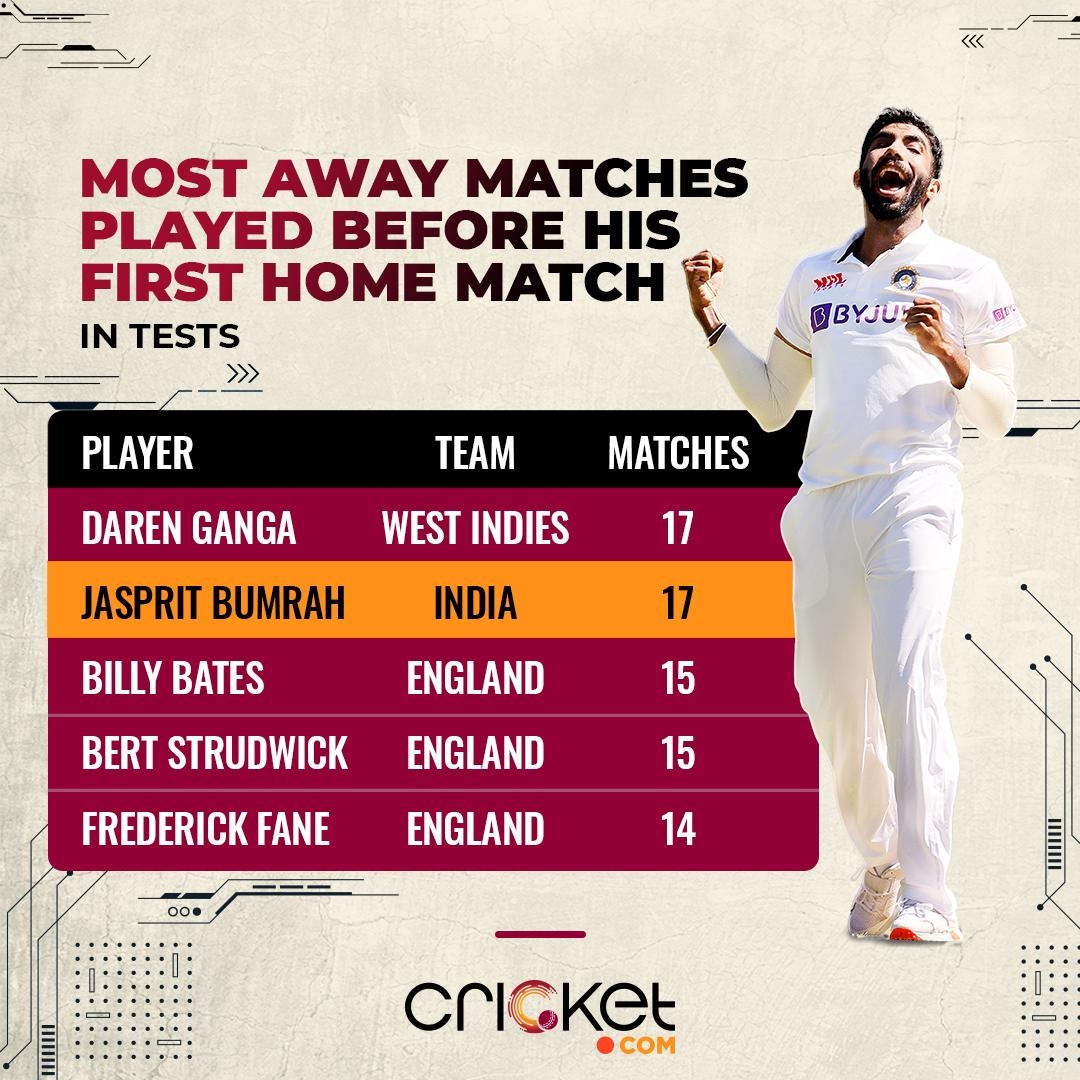 In overseas conditions, Kohli generally gives him that short burst of four-five overs after his first spell but in India, you need fast bowlers who can bowl those long spells, something that Bumrah had done a lot for Gujarat before making his Test debut. Bumrah picked up four wickets in the 110 overs that he bowled in the first Test against England in Chennai and allowed Ashwin and other spinners to dictate terms. He got the reverse swing and bowled those hard-length deliveries and if the luck was on his side, he could have easily taken a couple of more wickets. The paceman did more than enough to show everyone he is the man for all conditions.

WHAT TO EXPECT IN ENGLAND?

India are going to play at least three fast bowlers in the WTC final against New Zealand in Southampton, but for now, Bumrah is the only sure-shot pick. The right-armer was still new to Test cricket when he toured England in 2018 but now he is on a different league altogether. He will be up against the likes of Kane Williamson, Ross Taylor, Tom Latham, Henry Nicholls, and in-form Devon Conway and Bumrah would be itching to show his class in the all-important finale. Once that is done, Bumrah could focus on Joe Root and his men!