Jasprit Bumrah slowly and steadily getting back into rhythm: Rohit Sharma 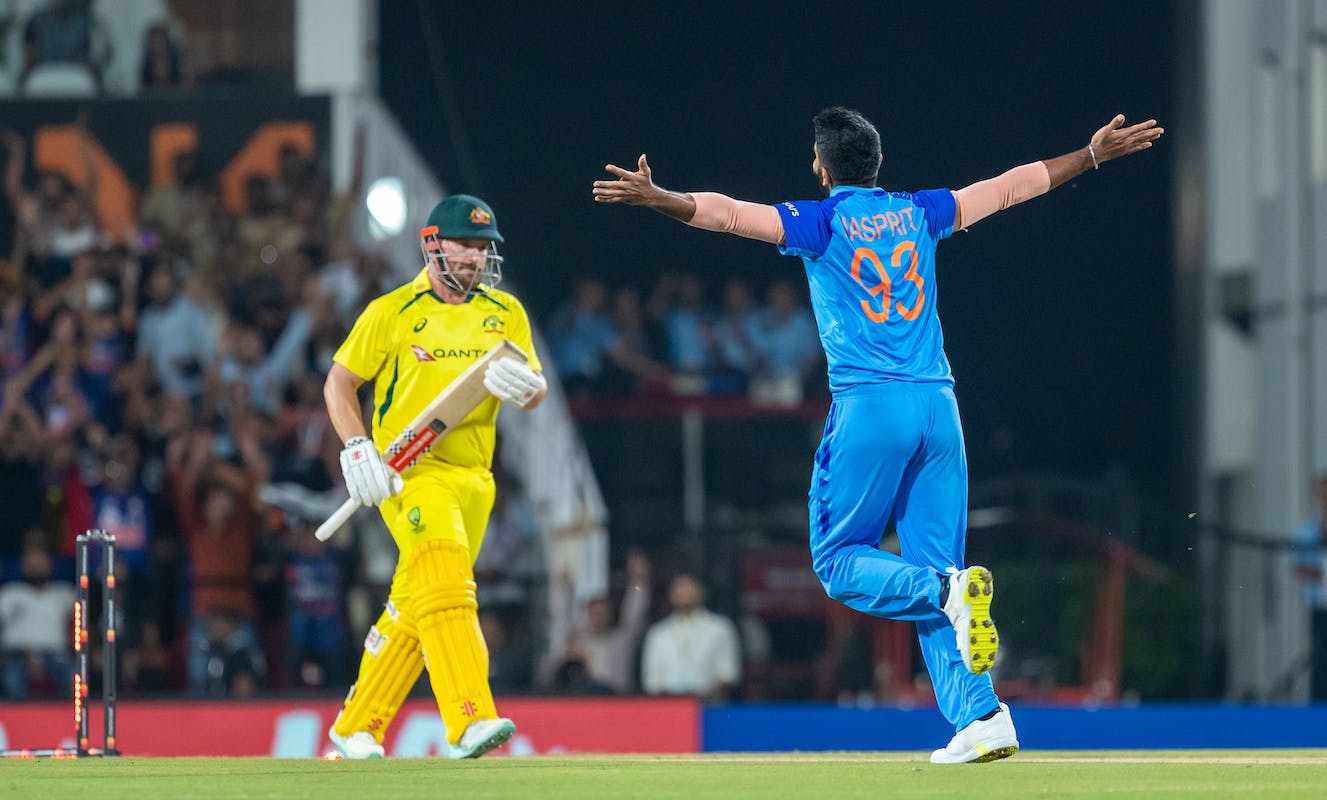 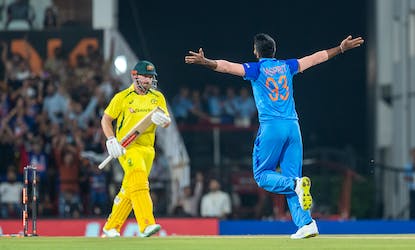 Jasprit Bumrah slowly and steadily getting back into rhythm: Rohit Sharma

India captain Rohit Sharma picked up the player of the match award for his magnificent knock of 46 not out off just 20 deliveries that helped India level the series 1-1. The march was reduced to an eight-over affair due to the wet outfield and Australia batting first put up 90 on the board.

Rohit, who batted through, put on little partnerships along the way and got the team home. However, he was happier to have Jasprit Bumrah back in the attack after a long injury lay-off. He picked up the wicket of Aaron Finch with a pinpoint yorker.

Speaking of Bumrah, Rohit said that he is slowly getting back into rhythm. "It was good to see Bumrah on the park. Slowly and steadily he is coming back into his rhythm. As a team we are not going to analyse it too much," Rohit said after the match.

"Axar [Patel] has fitted in the role well. He can bowl in any phase of the game. He brings a lot to the game," Rohit said of the left-arm spinner, who finished with figures of 2 for 13 from his two overs.

Rohit admitted that there is not too much planning that goes into a match that has been cut short to this extent. "When you are playing a game like that you can't plan too much. You just have to play the situation and use conditions to your advantage," Rohit said.

"I felt when we were bowling the bowlers had something to bowl to. We used the conditions pretty well. But then at the back end dew started coming in. That is where we want guys to learn how tough it is."

Australia skipper Finch praised Rohit and Axar for their brilliant performances. "Rohit was brilliant. And the two overs Axar bowled was probably the difference in the game," Finch said.

Finch also praised Matthew Wade who almost won it for Australia with an unbeaten 20-ball 43.

"Wade is such a calm customer at the back end of the innings. He did a wonderful job for us. We got close," Finch who scored 31 off just 15 deliveries opening the innings said.

With the series at 1-1, the action shifts to Hyderabad where the decider will be played on Sunday (September 25).