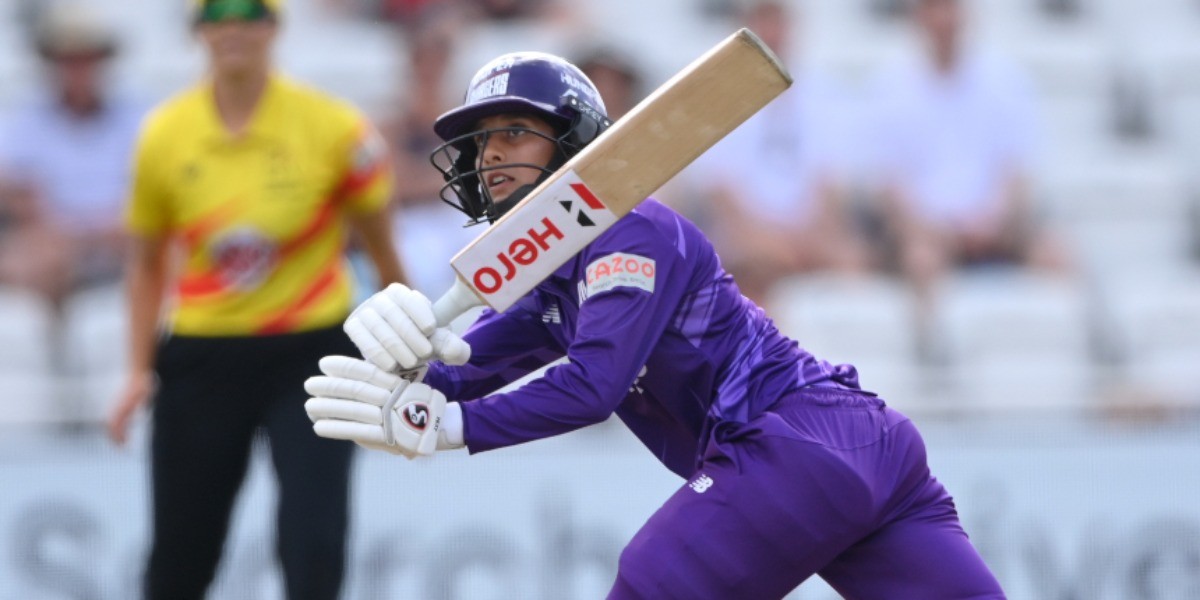 Jemimah Rodrigues continued her good form in The Hundred as her 60 off 41 balls helped Northern Superchargers to a 27-run win over Trent Rockets on Monday.

Rodrigues, who struggled in the recent limited-overs series against South Africa and England, found form playing for the Superchargers with 92 off 43 balls on Saturday leading her team to six-wicket win over Welsh Fire.

After opening the innings alongside Lauren Winfield (33), Jemimah put up 64 in as many balls before combining with Laura Kimmice (31) to another 64 runs for the third wicket as Superchargers posted a total of 149/7. Rodrigues hit ten boundaries in her innings of 60.

Trent Rockets was able to put up only 122/7 as Alice Davidson-Richards and Katie Levick claimed two wickets each. Katherine Brunt was the top scorer with an unbeaten 43 off 36 balls.