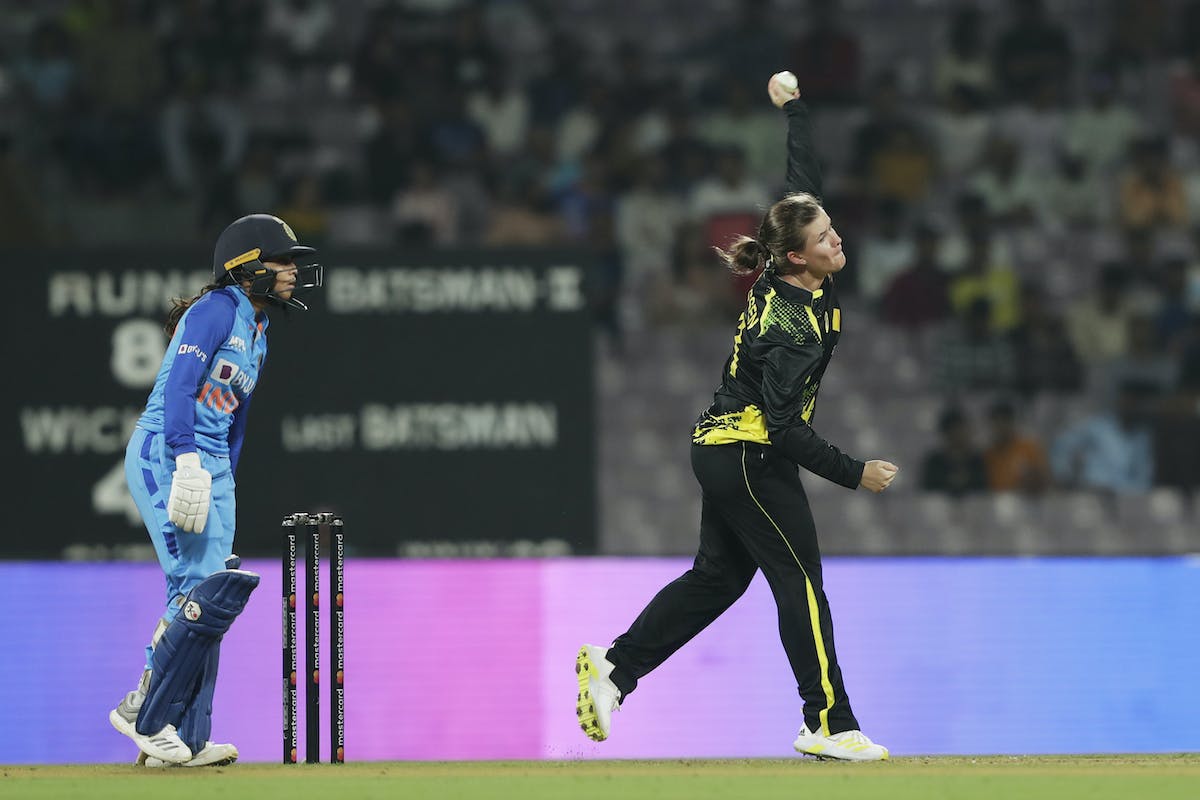 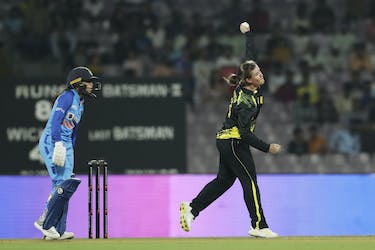 The left-arm spinner suffered a right hamstring strain, and Amanda-Jade Wellington will join the squad

The defending champions, Australia, suffered a massive blow ahead of their second game against India as Jess Jonassen has been ruled out of the remainder of the five-match T20I series in Mumbai.

It is believed that the 30-year-old suffered the unfortunate injury while fielding in the first innings. In a media release by Cricket Australia, the team's physiotherapist, Kate Beerworth, said, “Unfortunately, Jess sustained a right hamstring strain while fielding during the match on Friday."

"She’s since been assessed, and it’s evident that the timeframes required for a return during this series are too short."

All the best with your recovery, @JJonassen21 ❤️

The left-arm spinner will return to Brisbane and continue her rehabilitation before Australia's next series at home against Pakistan just ahead of the T20 World Cup in South Africa.

"Jess will be unavailable for the remainder of the series and will return to Brisbane to continue her rehab."

The team management have announced Amanda-Jade Wellington as her replacement and is expected to join the squad ahead of the third game on Wednesday, December 14, at the Brabourne Stadium in Mumbai.

The leg spinner was the third-highest wicket-taker in the recently concluded Women's Big Bash League with 23 scalps in 16 innings at an average of 16.34 and a strike rate of 14.3 for the Adelaide Strikers.

Australia recorded an emphatic nine-wicket win in the first game on Friday, with Beth Mooney anchoring the 173-run chase with a sublime knock of 89 runs off 57 deliveries to take a 1-0 lead in the series.