Joe Root, a pending legacy Down Under 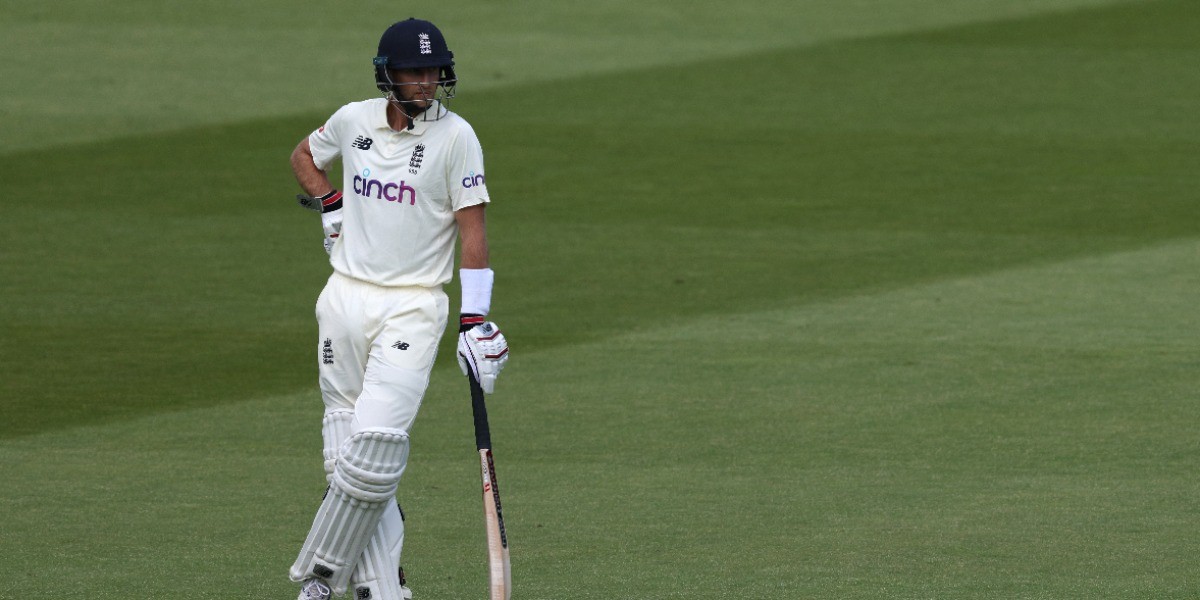 Joe Root, a pending legacy Down Under

After two unfulfilled tours, it is high time Joe Root sets his numbers straight in Australia and that is where England's Ashes hopes lies

“Virat Kohli is a very good player. When I see him score runs in England, I would call him a great,” said Michael Holding in early 2018, questioning the Indian skipper’s stature as one of the greats of the era, based on one bad tour in 2014. It was quite unfair on Kohli. Nearly 95 percent of the batters, including the ones in the pantheon of greatness, lag in at least one country. Ricky Ponting averages 26.5 in India, Brian Lara 33, Rahul Dravid 29.7 in South Africa and Jacques Kallis 35.3 in England and Sri Lanka.

The point is, an underpar record in one country should not dent one’s brilliance. Joe Root averages above 50 in six of the nine countries where he has played Test cricket. This is a great record to possess, irrespective of a below-40 average in the rest of the three countries. But, one of those countries is Australia where he averages 38. On paper, it is just one of the three countries where Root hasn’t flourished but the predicament is that the numbers Down Under matter the most for an England cricketer.

Root has toured Australia twice. In his first, as a 22-year old youngster, he managed 192 runs in four Tests. Amidst the Mitchell Johnson carnage, he averaged 27.4 at a strike-rate of 33.3. More than an assessment ground, it was gruelling to survive. 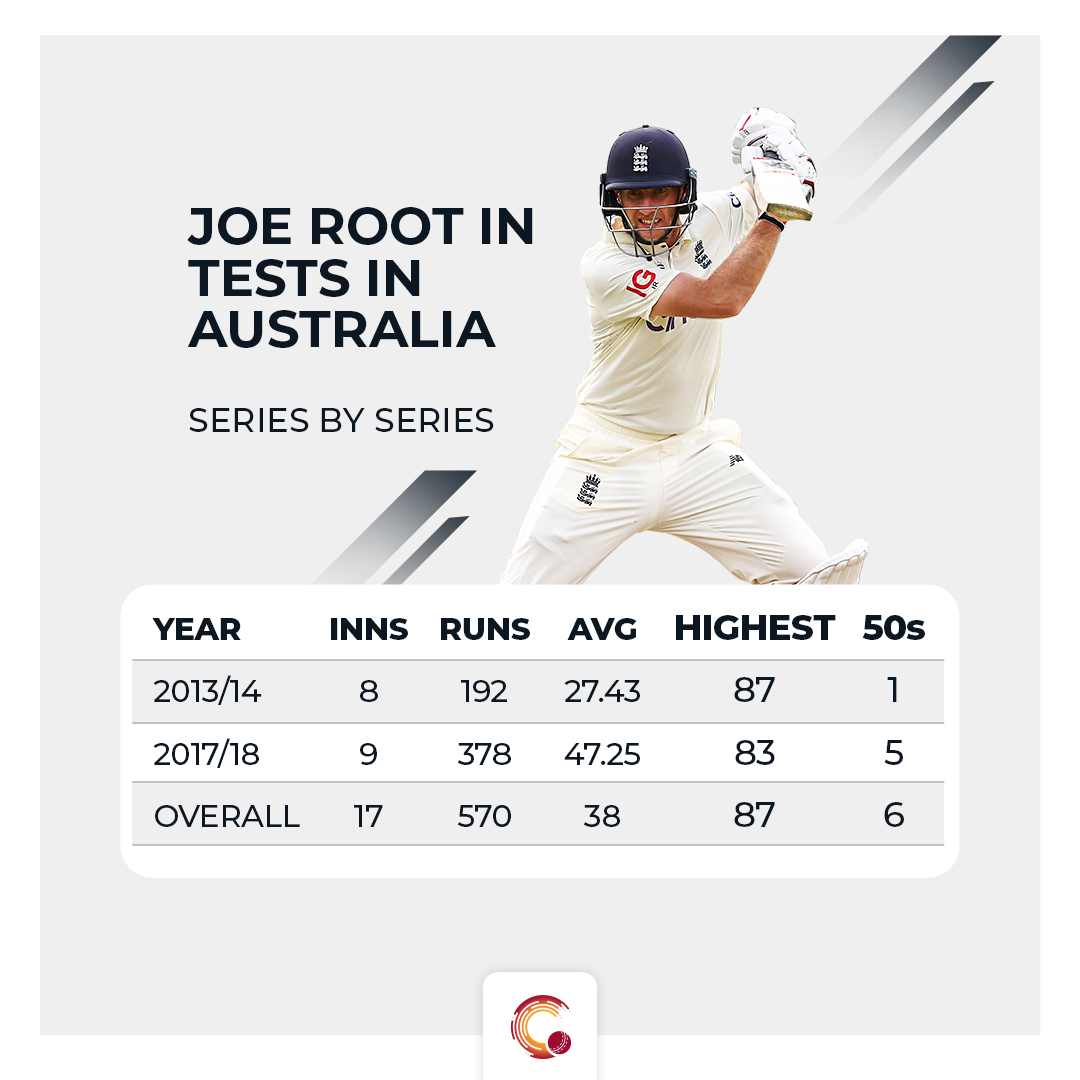 Returning to the Australian shores in the 2017/18 summer, Root was the captain of the team. He was the prime batter. He was lined up against Steve Smith, two of the greatest modern-day Test batsmen, leading their side, in an Ashes series. It was BLOCKBUSTER STUFF!

Root averaged 47.3 in those five Tests. It was not bad but it stood no chance to be noticed in front of Smith’s 137.4. Root disappointed but what hurt more was the manner of his dismissals.

“We thought he [Root] has a weakness of getting across his front foot. Our plan was to see if we can drag him across and then fire one in,” revealed Pat Cummins about dismissing the England skipper in the first innings of the Brisbane Test in 2017. The plan came together exactly as imagined. Cummins pinned Root with his first in-swinger for an LBW decision. Australia were able to repeat it in the second innings.

Apart from falling to a straightforward trap twice in the match, the dismissal came right after he reached 50. The cardinal sin of not converting a start into a relevant innings only added to the embarrassment.

In his 17 innings Down Under, Root has more half centuries (6) than single-digit scores (3), yet no hundreds. There are no dismissals between the scoring range of 26-50 which is a sign of kicking on after a good start but a highest score of 87 doesn’t cut it. It doesn’t cut it in Australia, probably the best place to score daddy hundreds after getting your eye in.

Since 2017, the batting average in the first innings of Tests won in Australia is 48.3, the highest amongst all host nations. In England, it stands at only 31.9. The difference of 16.4, that is over at least 164 runs in total, tells the tale of the heavy contrast in conditions.

Root’s predominant back foot play makes him more suited for the bouncy tracks of Australia than the seaming tracks back home in England.

In Australia, he has faced 44 percent deliveries against pace on the back foot. Across both the squads for this Ashes, only the Australian batters come close or surpasses Root on this front, primarily because they are brought up on these pitches suited for back foot play. 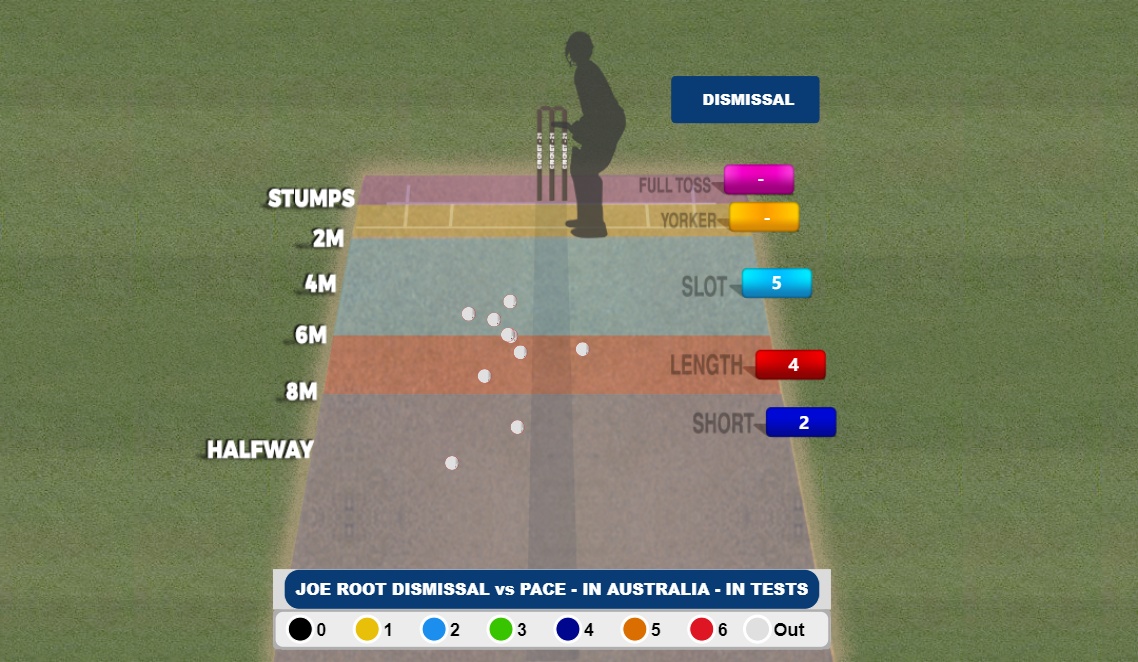 Most of these dismissals on the front foot can be deemed soft. It includes multiple cases of chasing the wide ones, going across to be pinned on the front pad and picking fielders on the on-side. When you couple them with unfulfilled scores, it only raises the frustration metre.

Joe Root began 2021 persisting with the same problems. From 2017 to 2020, he averaged 42.5, with 22 fifties and only six hundreds - a conversion-rate of only 21 percent. He was good without being spectacular. 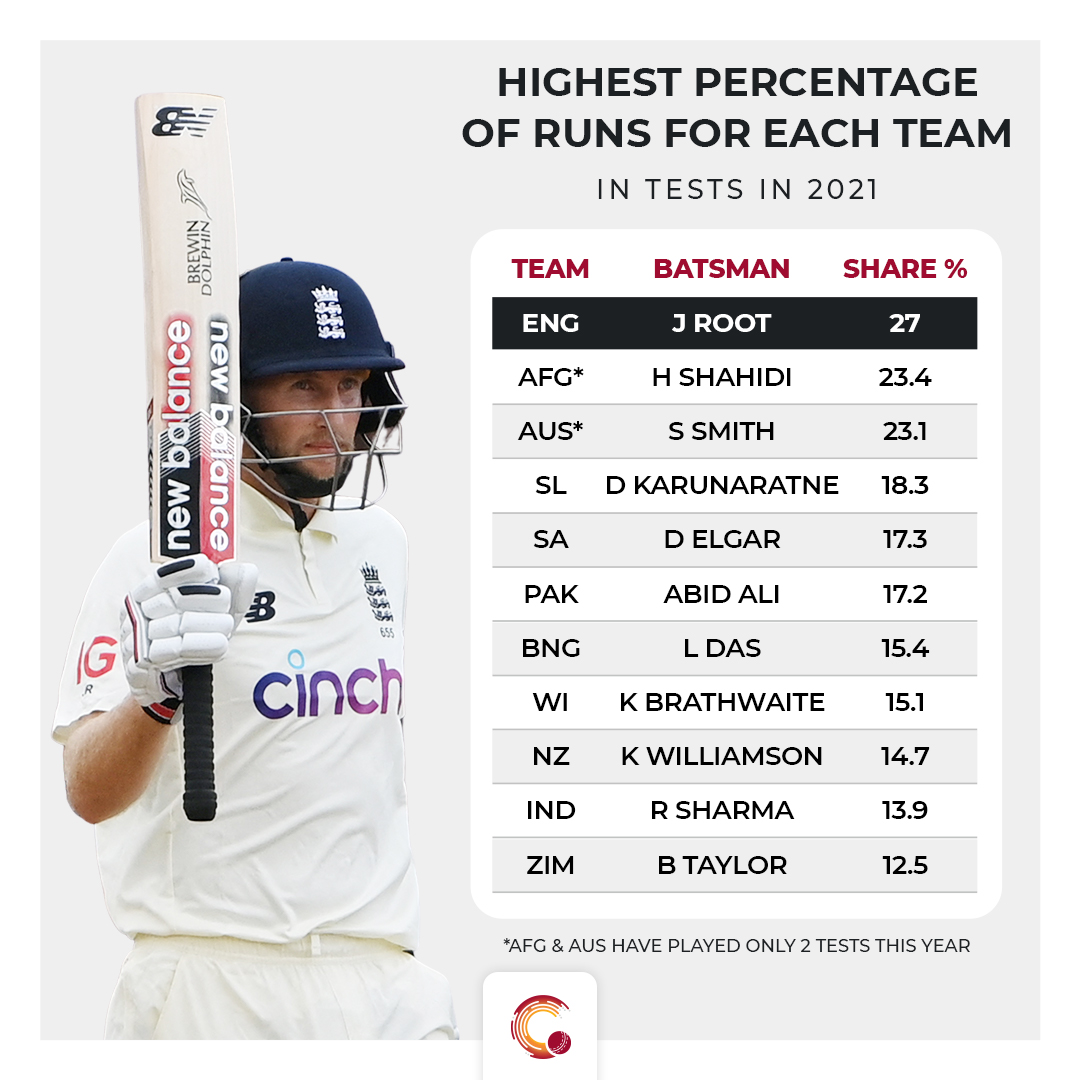 There is absolutely no reason why Root shouldn’t have a massive Ashes Down Under. Ideally, he should define it like Smith did in 2017/18. If it doesn’t happen now, we can settle that it is not meant to be. That there is something about Australia that muddles his thinking despite favorable conditions.

England need him more than ever to post those big first innings total. Of course, Root cannot make it happen on his own. But it is also impossible without him. The dependency on him can be assessed by his 27 percent share in England's Test runs this year, more than any other batsman contributing to their respective team.