Jofra Archer delivers the best spell at Sharjah this season 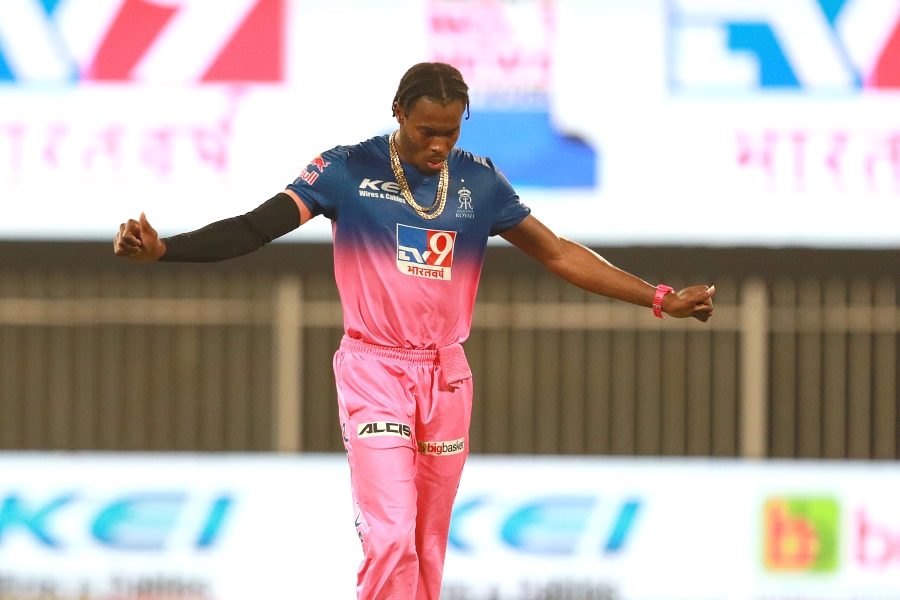 Jofra Archer delivers the best spell at Sharjah this season

Delhi continued their impressive win in this year's IPL by easily beating Rajasthan. Here is a look at the statistical highlights from the 23rd match of IPL 2020:

Jofra Archer registers the best spell at Sharjah this season

Jofra Archer, one of the most reliable bowlers for Rajasthan Royals, struggled in the first two games. In his first two matches at Sharjah, he had just picked up one wicket at an economy of 9.0. However, today (9th October) at the same ground he delivered a masterful spell. Archer’s spell of 3/24 is the best by a bowler in Sharjah this season. Prior to Archer’s spell, Sam Curran and Anrich Nortje both had bowling figures of 3/33, Curran against Rajasthan Royals and Nortje against Kolkata Knight Riders.

On a pitch which is considered to be a graveyard for bowlers, Rahul Tewatia put on a lion-hearted performance with the ball. It’s just not easy for a bowler to cut the run flow in venues like Sharjah, which has a smaller diameter, especially when you are a spinner. But, Tewatia was up to the task today. In his complete quota, Tewatia just conceded 20 runs and took the wicket of Marcus Stoinis. Among bowlers who have bowled their full quota of overs, Tewatia’s spell of 1/20 is the most economical spell in Sharjah this season.

First under 200 score in the 1st innings at Sharjah

In a venue where seven consecutive 200+ scores were scored previously, Delhi Capitals failed to put on a 200+ score in the 1st innings for the first time at Sharjah Cricket Stadium. The chain of seven consecutive innings of 200+ score was broken by Sunrisers Hyderabad, when they posted only 174 against Mumbai Indians. Next up, it was Delhi’s turn to put a stop to the trend of posting 200+ scores in the 1st innings. With the target being below 190, it meant, even if Rajasthan Royals had chased it down, which wasn’t the case, it would have been three consecutive innings without a 200+ score at Sharjah.