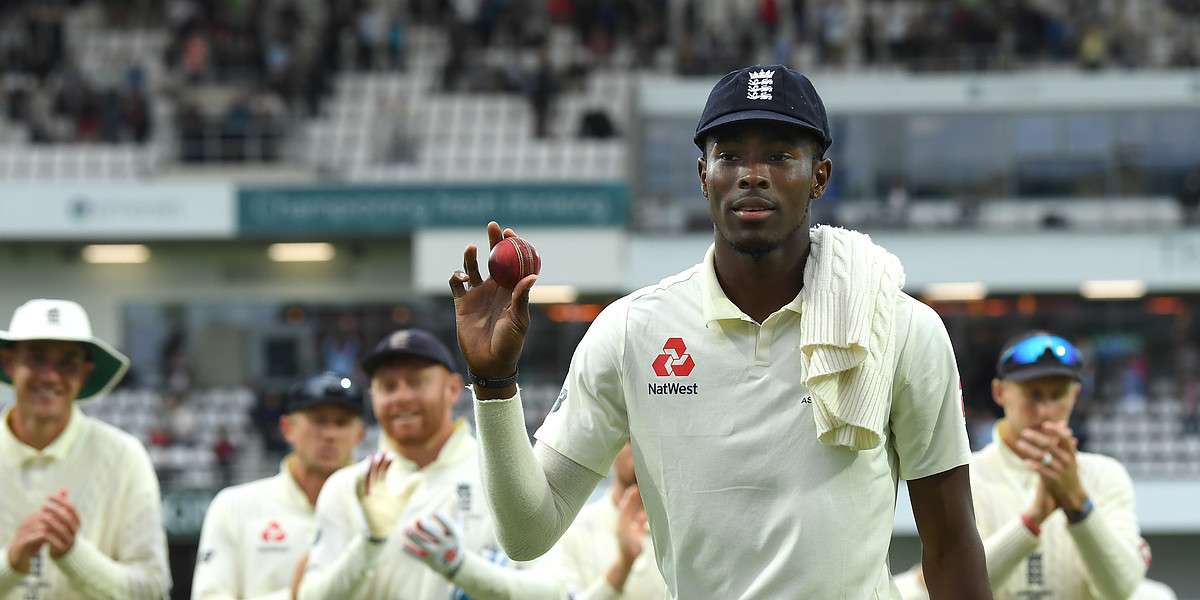 Impressing everyone with his potential, the Barbadian was fast-tracked into England’s national team last year. As Archer turns 25 today, let us have a sneak-peak into his heroics in the 2019 Ashes.

England’s torchbearer with the ball, James Anderson, hobbled off after just four overs in the first Test, sucking the life out of their Ashes campaign. For the captain Joe Root and his team, a lot then hinged on the prized possession of English cricket, touted as a lynchpin for regaining the urn even before his debut - Jofra Archer.

The build-up was huge when the Australian coach, Justin Langer questioned Archer’s longevity at Test level to which the Barbadian replied that “Langer has another thing coming”. 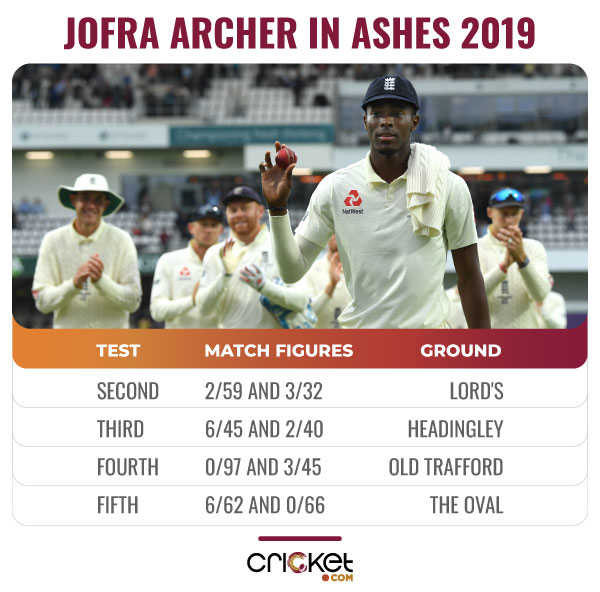 On the venue of his famous super over a month back, Archer marked his Test debut with an early wicket on the third day. However, the most enduring passage of the Test came on the fourth.

Archer struck Australia’s Bradman 2.0, Steve Smith, with a bouncer timed at 92.4mph on the side of the neck and head. Smith fell face forward onto the ground. He was wearing a helmet without the additional neck protection, introduced following the death of Phillip Hughes.

While Smith’s injury was the biggest impact created by Archer, the fear he instilled with his pace that helped him to clock 90 miles an hour for fun (recording the fastest over by an English bowler since the invention of the speed gun), the stamina that enabled him to bowl 44 overs in the game and the control which allowed him to deliver accurate bouncers at the batsman’s body left the Australians with a lot of questions to answer.

In Australia’s second innings, Archer’s second delivery to Marnus Labuschagne - cricket’s first concussion substitute - was a 91.6 mph bouncer that him flush on the helmet grille. But Labuschagne eventually resumed his innings and later bravely drove Archer down the ground for four -- one of seven he hit in an admirable 89-ball fifty.

Archer then dismissed David Warner and Usman Khawaja to ensure that the series continued to be miserable for them. A blinder from Joe Denly earned Archer his third wicket and offered an opening for England with Australia six down. But with natural light fading, the umpires appeared to instruct Root not to bowl Archer even though the floodlights were on and the match thus ended in a draw.

Archer along with Stuart Broad responded immediately to their captain’s call of bowling first by exploiting the corridor of uncertainty and constantly challenging the outside-edges of the Aussie openers.

After creating a lot of buzz with a breath-taking show of ferocious fast bowling consisting of a fusillade of short balls with express pace at Lord’s, Archer turned up with a different strategy at Headingley. Focussing on extracting movement off the pitch, the pacer landed 44.2% of his deliveries on a fuller length in comparison to only 18.3% at Lord’s. Moreover, the paceman did not touch the 150 kmph mark even once in the innings - a barrier he was crossing quite frequently on his debut.

After the Aussies stitched up a fourth-wicket century stand after early hiccups, Archer turned the tide in England’s favour by having Warner caught behind off a 144.8 kmph delivery. It was the start of a batting collapse that saw Australia lose three wickets for as many runs and suddenly, the visitors found themselves 139 for five, with Archer picking three.

Root was quick to unleash Archer again at the Australian tail-enders. The fast bowler responded by sending back James Pattinson and Pat Cummins to reach his maiden five-wicket haul in Test cricket. Archer then removed Nathan Lyon in the next over to wrap up the Australian innings and a sensational day for himself.

Archer, hampered by a cramp, did not have much to do in the second innings passing the baton over to Ben Stokes who played out a one-man show with bat and ball.

After a disappointing fourth Test where he was significantly down on pace, Archer was back in his strides in the final Test. The eternal struggle for the Aussie openers in the series continued as Archer accounted for them early as Warner registered his eighth single-digit score of the series.

But then, it was the turn of Labuschagne and Smith, two of the most influential batsmen in the series. The pair seemed unperturbed and looked on course to bat England out of the game again before Archer, trapped the former to end a threatening stand.

After Sam Curran broke the back of Australia’s middle-order, Archer, coming back for his fourth spell took two wickets in five balls, picking five wickets for himself in what turned out to be a spell that earned him his first man of the match in Tests and helped England level the series.